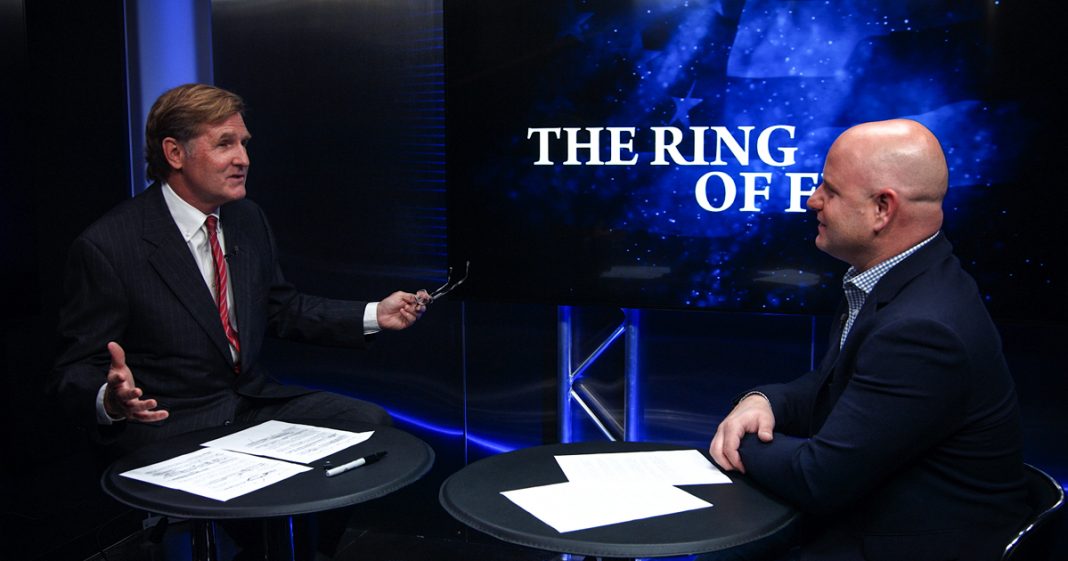 The state of California did everything that they could to protect themselves from corporate vultures hoping to pillage their protected public lands, but a US district judge has put an end to those protections by overturning a state law that protected those lands. Now, thanks to Interior Secretary Ryan Zinke, those lands could be headed to auction soon. Ring of Fire’s Mike Papantonio and Farron Cousins discuss this.

Mike Papantonio: The State of California was dealt a major blow recently when a judge struck down a law that prevented the sale of public lands to corporations. Yeah, I saw this story. Again, we don’t see this in corporate media. Why? They don’t care, corporations. This is a story where the US District Court in the 9th Circuit, I mean California, at one time, the 9th Circuit would have been considered the most progressive circuit in the country. What happened was, as we talked about so many times, while the Democrats were paying attention to shiny things, the Republicans were packing these courts all over the country. This is a great example.

This court, by the way, the 9th Circuit just in the last couple years, they have attacked the idea of the right of a city to create themselves as a sanctuary city. 9th Circuit, California said no you can’t do that. They have sided with corporations on net neutrality. Again, this is the 9th Circuit, the most progressive circuit, supposedly in the entire country. They have give more protection to corporations and to banks where it comes to loan fraud protection bills. So now they’re saying, well, we want to give the government right to sell land so corporations can build, they can develop it, they can drill, they can blow it up, they can mine, they can do whatever they want to with government land.

Farron Cousins: Well, Ryan Zinke, when he first became Interior Secretary, that was big on his agenda is going out, finding these national monuments, the public lands, anywhere he could let oil industry, loggers, even companies like Nestle to come and steal the water, the oil, the trees, whatever, ’cause they wanted that money coming into the government by selling it. So California back in 2017 saw this and said, “Okay, we as a state can’t let that happen. We’ve got 43 million acres of protected public and federal lands here.” So we pass a law saying these are protected, they’re not for sale. And that’s the case this Judge ruled on is the Judge came back and said, “Oh, no. These are for sale. You don’t own these lands. The federal government owns these lands,” which surprises me that conservatives are not up in arms about this because this is a state’s rights issue.

Mike Papantonio: Yeah, conservatives used to be great on those-

Farron Cousins: Instead, and the real problem here is they specifically talk about mining and oil drilling, but I tell you, Nestle is the biggest corporate locust that comes out to California and the logging industry. Those two.

Mike Papantonio: Well, Nestle, we’ve done the story before, Nestle, literally, they steal water from the aquifers in California. They’re supposed to be paying some nothing for it. They got a license to do it. They don’t even, they even ignore the license. What was the license? 25 years old. It had already expired.

Farron Cousins: Yeah, it expired I think in the late 80s.

Mike Papantonio: So they have no right to steal. They’re stealing. It’s the equivalent of me drilling a hole underneath your house and saying I want to use your water I don’t want my bill to be as high. So Nestle, as they’ve done all over the planet, by the way, they’re stealing water from California. Why did that happen? Because the courts and the regulators there slapped them on the hand and said, “Oh, I know you messed up.” No, “We know you stole billions worth of water from us.” And we’re going to let them go. So now, this, what’s really more troubling to me is the face of the most progressive court system, appellate system in the country is now making this shift and as I say, they’re the ones that at every turn, if it’s a progressive issue, the appellate courts are doing everything they can, and the trial courts are doing, to stop it because Democrats were asleep. Courts were packed and now we’re starting to see the result of that.

Farron Cousins: Right, and we’ve got a couple hundred more that are gonna be coming down the pipeline, especially-

Farron Cousins: Yeah, the Republicans secured a couple more seats in the Senate so winning back the House, that doesn’t affect the court system in the least bit at all. They have no say it in. So as long as they’ve got the White House and that Senate, it is open season on our court system and we’ve already seen it happening. It’s gonna continue happening because that is the number one agenda of groups like the Federalist Society and the Heritage Foundation. They don’t care who’s in office. They care more about be whose on those courts because their donors are dependent on who’s in those courts.