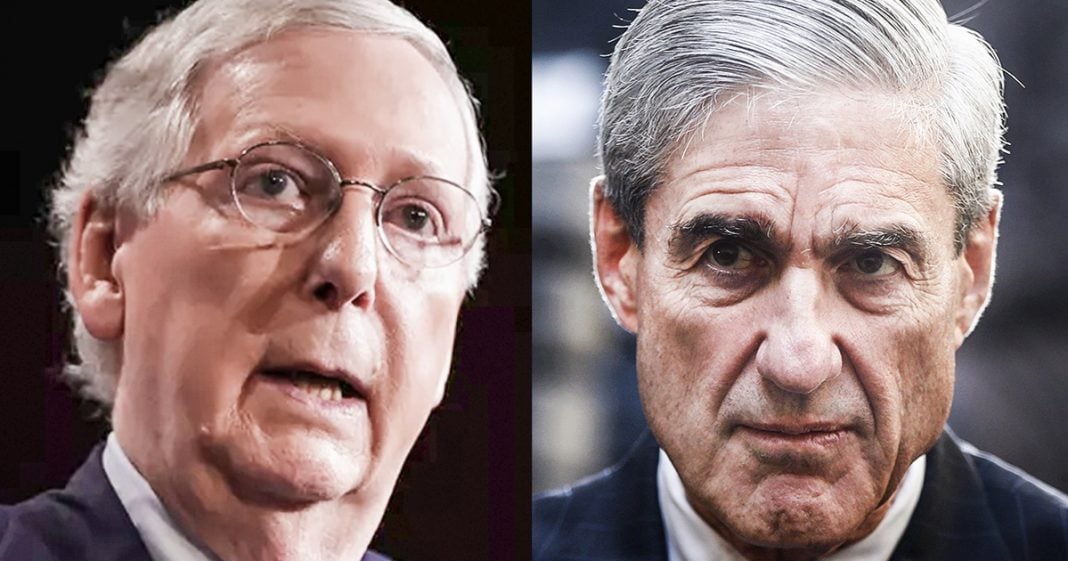 Donald Trump’s attacks on special prosecutor Robert Mueller now that the midterms are over, with lawmakers growing concerned that the President is going to fire Mueller. But as other lawmakers try to protect him, Mitch McConnell has once again refused to allow legislation that would do so. Ring of Fire’s Farron Cousins discusses McConnell’s refusal to protect Mueller and the rule of law.