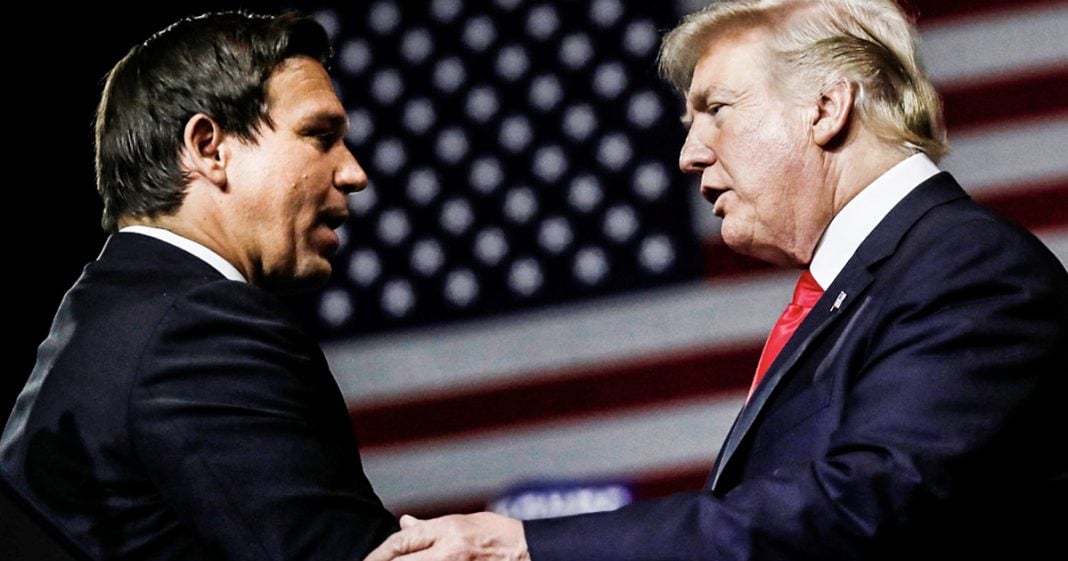 Donald Trump appears to be losing what’s left of his mind as he continues to push even more insane conspiracy theories and lies about the election process in Florida. In an interview with The Daily Caller, Trump claimed that voters in Florida were changing into disguises in order to vote multiple times, in spite of the fact that there is ZERO evidence that this has ever happened. He also said that you had to have a “voter ID” to buy a box of cereal. Ring of Fire’s Farron Cousins dissects Trump’s lies.