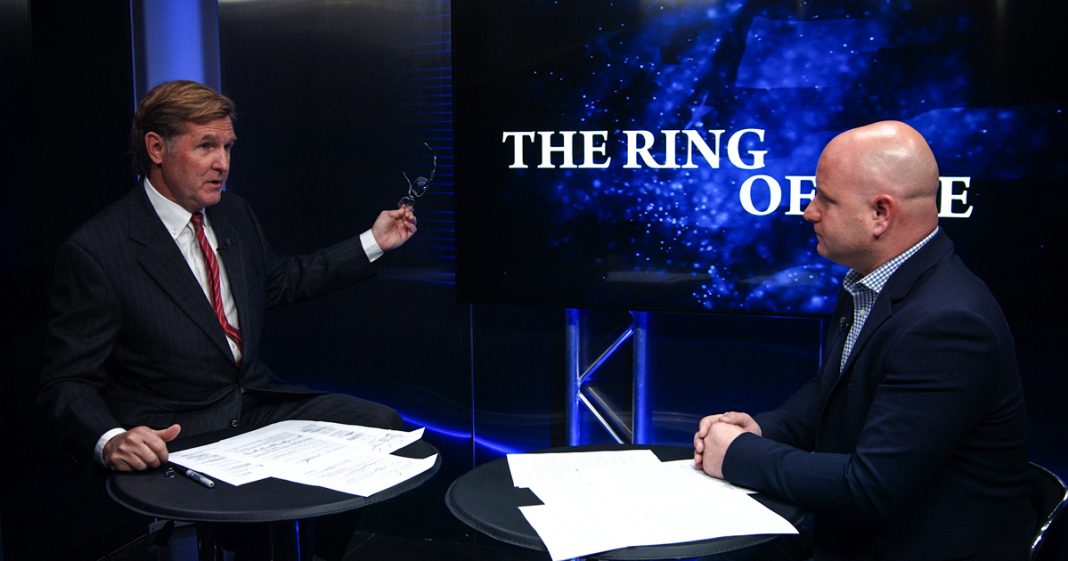 The now-solidly right wing US Supreme Court is on track to deliver some very serious blows to consumer protections and the rights of American citizens with court cases that have already been heard. These cases could severely alter the justice system in the United States and make it harder for consumers to hold corporate abusers accountable. Ring of Fire’s Mike Papantonio and Farron Cousins discuss this.

Mike Papantonio: The Supreme Court has made it clear that with their new right wing majority, they’re going to make sure that corporations, not consumers, receive the most protection. The reason to me this story is important is for the same thing you’ve been writing about in the National Trial Lawyer Journal. I mean, you’ve been talking about this and you and I have been talking about this for years. That is the Democrats always pay attention to the shiny thing, okay? Now the shiny thing is the state election, the POTUS election, the big things. While that’s going on, we have the courts being packed at every stage. Now in a minute there’s another case out there coming out of the 9th Circuit that is even more horrendous than this. We’re seeing conduct coming out of the 9th Circuits even more horrendous than this.

But the way that these appellate courts all tie up to the Supreme Court, for example, in this situation, we have the Supreme Court basically … bottom line is they’re making it impossible for people to really recover anything when a corporation steals from them, harms them in any number of ways, through arbitration which is basically it’s an impossible process. But the point is that these federal courts that have been appointed all over the United States while the Democrats have been sleeping and I really tell you, you did this, you and I did this story where overnight the Democrats wanted to go home and campaign and they agreed with McConnell, “Yeah, you just appoint whoever you want to.” And they appointed, what was it? 15?

Farron Cousins: It was 15 the second time, 11 the first time. ‘Cause they did it twice in about a month’s span there.

Mike Papantonio: Well you know where I’m headed with this?

Farron Cousins: Well, a lot of people also think that the Supreme Court when they get the case, they’re looking at it with fresh eyes. Everyone of them is already biased by what the lower courts decided.

Farron Cousins: And so when we have, I think we’re almost at 100, 100 lower court judges appointed and approved by the Republicans this year. 100. And we’re in the beginning of November. We’ve got more on the way. They’ve reshaped the entire judicial map, not just the Supreme Court. It’s not just Kavanaugh or Gorsuch. It’s every court before that that’s gonna make a decision and then affirm the decision on the next one-

Mike Papantonio: Okay, Farron, jumping off now to this case that we’re going to talk about, the arbitration case. In other words, this happened exactly like that.

Mike Papantonio: Lower court does, they say something that they say it in a way that it becomes an issue for the Supreme Court. Supreme Court, we know what they’re going to do. If it’s a corporation versus a consumer, the consumer’s going to get killed. And that’s what happened here. Talk about this case.

Farron Cousins: Right. What they’re looking at right now is, do the consumers have the right, essentially to go to trial or can we just force arbitration again, which they’ve done in so many stances. Your cell phones, your credit cards, and now they’re trying to expand that even further to other industries, other kind of disputes, and part of this is not just because the corporate power, part of it goes back to a slightly more sinister plan from the Powell Memo as he laid it out to defund the left and the number one target was the trial lawyers and the number one way you defund them-

Farron Cousins: Yeah, take the jury trials away. Send people to arbitration which most people can’t afford to do.

Mike Papantonio: Let me talk about how bad arbitration really is, okay? Most people don’t understand. The arbitrators, the people that you have to sit in front of, okay? Wells Fargo, for, example, they’ve ripped you off for $3000. Now under the arbitration arrangement that the US Supreme Court has put in place, you have to go fight for your $3000. You got to hire an attorney to do it, and then you have to sit across the table from arbitrators that come directly from the banking business. As a matter of fact, they might have even worked for Wells Fargo who stole $3000 for you.

In this situation, that’s exactly what’s happening. These are employees … there’s a situation where employees said the company has done the same bad thing to a bunch of us, and we would like to go forward and arbitrate as a class, as a group, and hear one, you know, you’re not giving us a chance to go to trial, so at least give us the chance rather than having to do one at a time, let us go as a group and let us make the argument. And the US Supreme Court said no.

Why did they say no? Because it discourages individuals from doing anything. If they steal $3000, Wells Fargo does it, the corporations involved in this case do it, it doesn’t make any difference, you see. Because they know there’s only going to be a handful of people that are so mad that they’re actually going to do anything about it and probably they’re going to lose in front of the arbitrator. The statistic is something like, it’s almost approaching, you mentioned it. Is it 80, is it above 80%?

Mike Papantonio: Of failure between the consumer and the arbitrator. It’s I know well above 80% failure. So anyway, there’s no surprises here, but again, the thing that makes me so angry, and I think about the Kavanaugh hearing. They had all this stuff to talk about and they choose some goof says, “Hey, let’s make the whole issue whether or not he gang raped somebody.” Okay? First of all, it was suspect to begin with and now we’re finding it was very suspect. Yes, something bad did happen. I’m convinced Kavanaugh did some bad things, but you don’t lead with that. You can’t win with that. And they had, as you pointed out, Proxmire, had already had Kavanaugh on the hot seat catching him lying.

Mike Papantonio: I mean it was serious lies, and then the buffoons who run the DMC, I am absolutely convinced that we have a cadre of buffoons running the DNC, they make the choice to go that way. And now, this whole problem, we’re going to see this every month. Supreme Court rules against consumers. We saw Ginsberg fell, arm injury. I don’t give Ruth Ginsberg more than a year. There’s a wonderful documentary out there that talks about she exercises every day, she’s fighting to stay alive, but you know what? There’s only so much she can do.

Mike Papantonio: If she falls and breaks a hip, it’s game over.

Farron Cousins: Right, and right now the Supreme Court’s already lost for a generation because another thing Republicans do very well is they pick young people. That can sit up there for 30 to 40 years. So yeah, if something happens to her. It is game over. It is 100% game over.