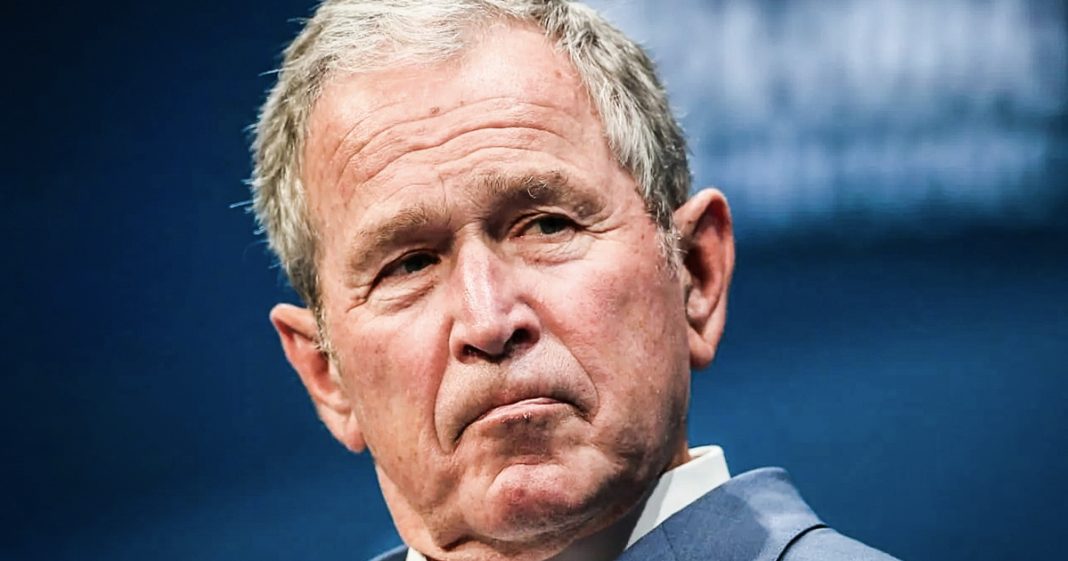 The rehabilitation of the image of George W. Bush is like nothing else we’ve seen in the modern political era. This week the former President received the “Liberty Medal” from the National Constitution Center, in spite of the fact that this man spent his entire presidency ignoring the Constitution and international treaties. He should be receiving handcuffs, not a medal, as Ring of Fire’s Farron Cousins explains.