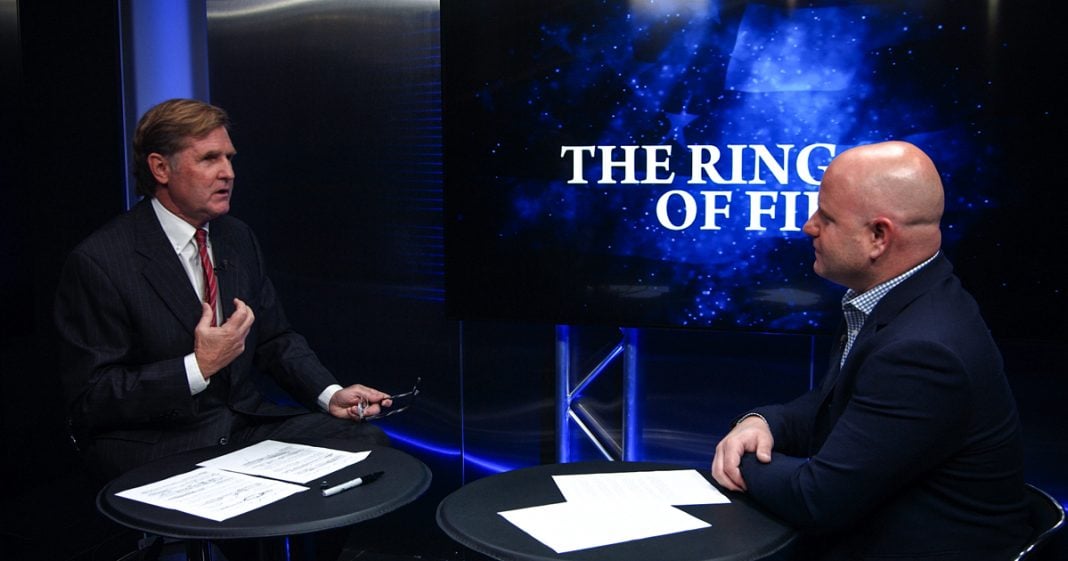 Celebrities on either side of the aisle are 100% free to voice their political opinions in any way that they choose. But that doesn’t mean that a political party has to embrace those celebrities as their spokespeople. Let celebrities do their thing and the parties can focus on policies that actually matter – Never wrap your brand around a celebrity. Ring of Fire’s Mike Papantonio and Farron Cousins discuss this.

Mike Papantonio: And the other thing I wanted to ask you about, I use the term Celebrity Cool. You’ve heard me use the term, Celebrity Cool. Celebrity Cool is where the Democrats believe that if Beyonce comes out and endorses a candidate, that that relationship with the glitz and the glitter of Hollywood and the theater, somehow that really helps that client, that really helps that candidate. The numbers show exactly the opposite. It happened with the Trump/Hillary race, right?

Mike Papantonio: Every night we’re watching the comedians beat the living daylights out of Trump, because everyday he was saying such stupid stuff. Okay, it was great material. But then we thought okay, we’re hearing them attack Trump every night. Hillary must be okay because we believe in this Democrat Celebrity Cool. You follow me?

Celebrity Cool is, “Yeah, I associate with Hollywood. I’m a Democrat, and I’m on the cool side of this.” We started bracing that as a reality, and there’s nothing farther from the truth. What’s your take?

Farron Cousins: When you look at the Bush years, that guy took just as much crap from some of these late night hosts. Jon Stewart became Jon Stewart because of George W. Bush.

Farron Cousins: You know, that was the Early Show. It was comedy, but he got very serious because-

Farron Cousins: Exactly. That’s not an effective way to attack somebody. I think to an extent with these late night comedians, they go with what’s topical, and it’s topical-

Farron Cousins: … but you can’t depend on that as your election strategy. You can’t say, “Jimmy Kimmel just came out there and annihilated Trump, let’s run on that.” No, let him do his thing, and you focus on your policy. It doesn’t matter if you get the big names and the bright lights shining on it.

Mike Papantonio: It makes no difference. It makes no difference. I’m a huge Robert De Niro fan, for example. I like the guy, but he did so much harm believing that this concept of Celebrity Cool was going to help the Democrats. Look, middle America, they don’t care about Celebrity Cool. They don’t even watch Saturday Night Live. They don’t care that you’ve got Colbert or Fallon every night cutting jokes on Trump.

There is so much material. The guy is such a buffoon. Yeah, there’s great material, but what’s happening with Celebrity Cool I think is a negative, and I think you and I need to talk about it when we fare this out a little bit more.

Farron Cousins: I do want to say, “Look, I have no problem if celebrities want to come out and say what they want to say about politics-

Farron Cousins: … and I know you don’t either. It’s fine. You do that, but it’s when the party tries to make that their message too. Don’t ever hitch your wagon to what you think it hot that day because it’s not going to be hot the next day. How about you hitch your wagon to protecting the environment or getting us healthcare or bringing down the cost of prescriptions?