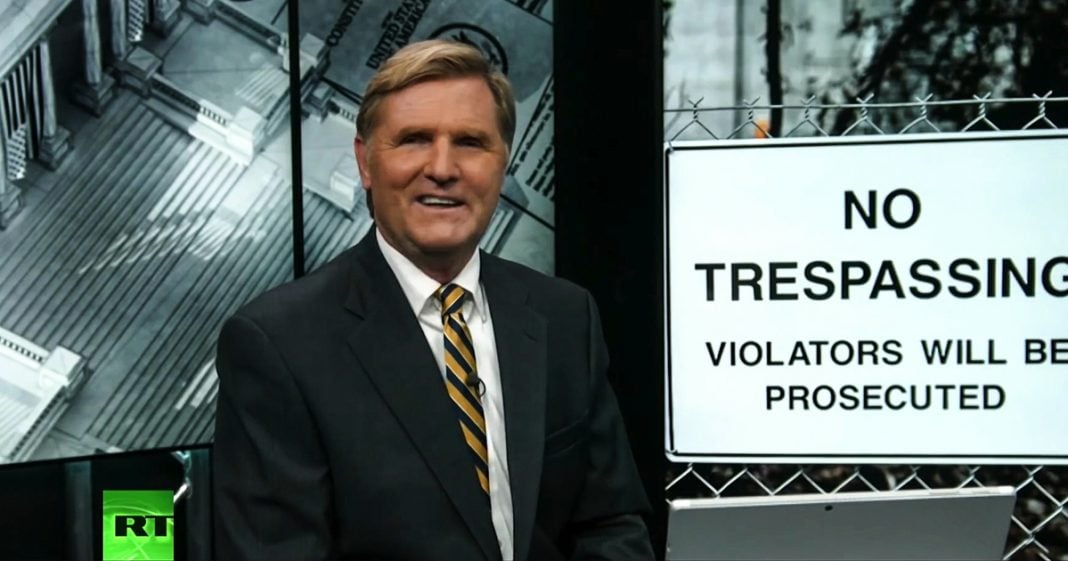 Via America’s Lawyer: A district judge in Wyoming has struck down the state’s Ag Gag law that prevented the collection of data on both public and private lands. Mike Papantonio explains the case.

And finally tonight, some good news. A district judge in Wyoming has struck down the state’s Ag Gag law that prevented the collection of data on both public and private lands. These Ag Gag laws have been put in place all over the country thanks to the lobbying efforts of major corporations who want to hide their conduct from the public. That’s what it’s about, hiding their conduct from the public. This Wyoming law was struck down after a lawsuit claimed that it violated the free speech and petition clauses of the First Amendment. The judge determined that the Ag Gag law provided no benefit at all to the public and that the sister state claim was to protect private citizens from trespassers and it was only a lie since it only targeted trespassers seeking to gather information to turn over to state and federal regulators.

Corporations get away with more horrible conduct than the public realizes, but by overturning these gag laws, we might just get a little more information about how corrupt some of these companies have really become.