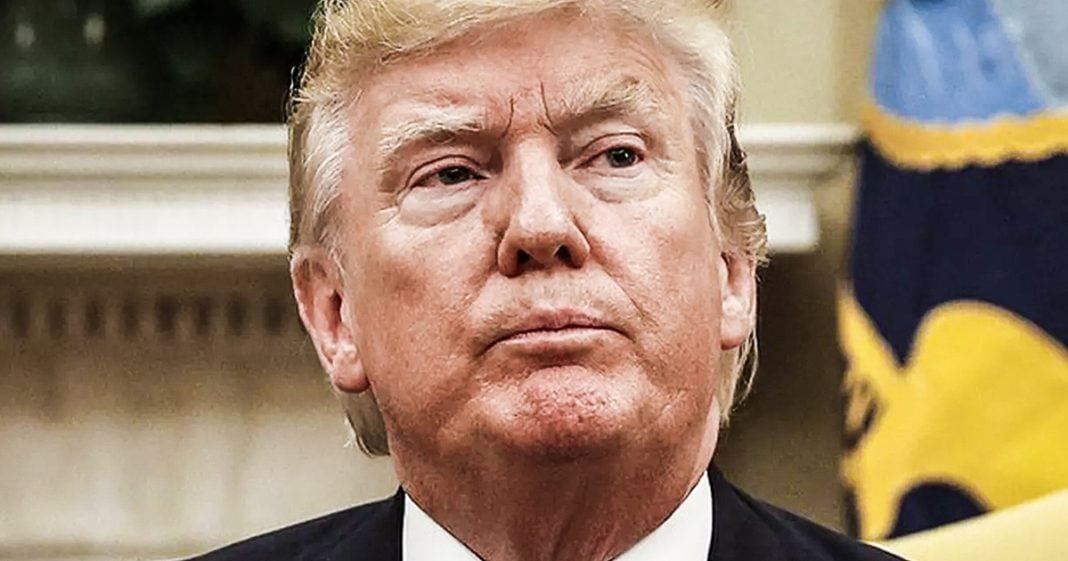 With the Democrats set to retake control of the House of Representatives in January, Donald Trump is already showing how afraid he is of the looming investigations that will be launched. The day after the midterms, Trump began tweeting that “two can play at this game” with regards to Democrats already thinking about issuing subpoenas for records relating to the President. Ring of Fire’s Farron Cousins discusses this.

Obviously, the biggest thing with Democrats taking back the House of Representatives is that they get to become the new chair people of all of the committees. Devin Nunez no longer going to be sitting at the top of the intelligence committee that’s going to be Adam Schiff, who’s been one of the most outspoken critics of Donald trump in the House of Representatives. And more importantly, all of the Democrats heading up these committees. They now will have subpoena power, which means yes folks, investigations are coming. And I’m not just saying that because we think it’s going to happen. Democrats have already been talking about that. They started talking about that literally Tuesday evening after they knew they’d taken back the House of Representatives. It got so bad that on Wednesday morning, Donald Trump already tweeted out the following, if the Democrats think they’re going to waste tax payer money investigating us at the house level, then we will likewise be forced to consider investigating them for all the leaks of classified information and much else at the Senate level.

Two can play that game. Yeah. I don’t think you’re going to find anything, but you know what, man, if you want to go ahead and launch investigations, go for it. Really, I welcome that because you’re not going to find anything whatsoever. Meanwhile, the Democrats have a lot that they’re going to go after and we know that because a few weeks ago Republicans accidentally leaked the entire list of things they’re worried that the Democrats are going to investigate starting with your emoluments problem where a judge also ruled last week that, yeah, that case is going to go forward. And discovery is about to begin, your tax returns. Even the NRAs connection to Russian money, all of those things are going to be investigated by the Democrats. And the list is actually really long. And I’m sure the Democrats have that list as well. And I am sure they are more anxious than anyone else to get started on these investigations. But the public needs to understand one thing about all of this. Don’t get your hopes up and it hurts to say that, it sucks to say that, but really don’t get your hopes up.

The Democrats will have the subpoena power, they can carry out investigations. Hell, they could introduce and even vote on articles of impeachment, but they can’t remove Donald Trump from office and with Republicans having a little bit better majority in the Senate. It’s unlikely that those folks would even vote on it, so that’s the problem. Muller is going to have to come out with something really, really, really, really, really bad about Donald Trump in order to get all those Republicans in the Senate to vote to remove him and based on what we saw in the midterms, how energized the Republican base was, the fact that Republicans didn’t get the shellacking that they were expected and they were ready to blame it on trump. If they did, they don’t have that blame to put on him now.

They have no reason to turn against him. So again, unless something really horrible comes out from the Muller investigation, Trump is 100% going to still be an office in 2020 running against a Democrat who is likely going to underestimate their opponent just like they did in 2016. And that’s not a good scenario for the Democratic Party at all.