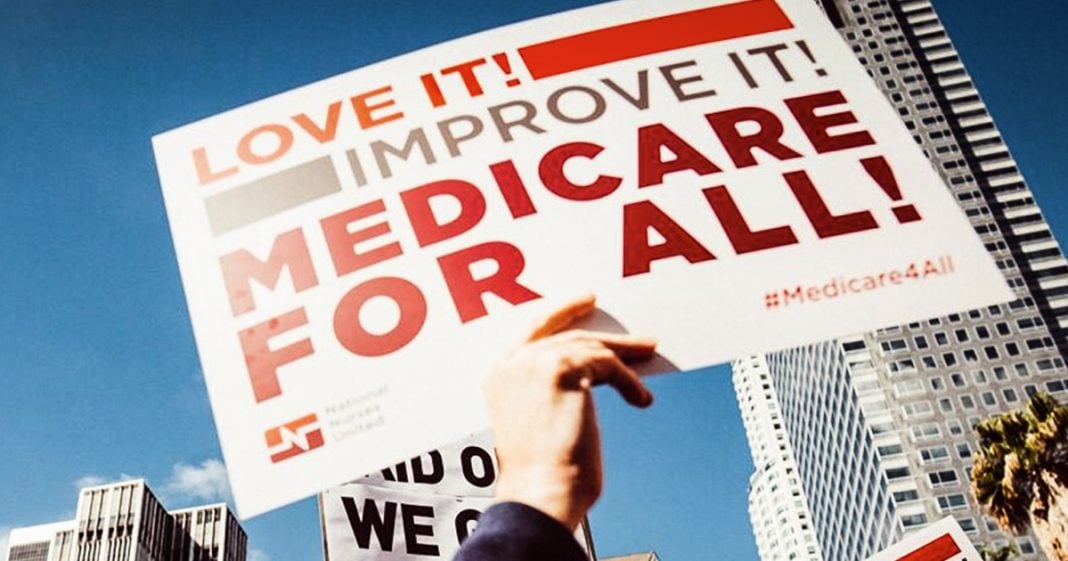 Voters in three Republican-controlled states this week voted to expand Medicaid for their citizens, a sign that people are looking for more options in healthcare, and they are certainly open to government-sponsored programs. This is a huge step forward for this country and a big step in the right direction towards a bipartisan push for Medicare for All. The people on both sides of the aisle are making it clear what they want – will politicians finally listen? Ring of Fire’s Farron Cousins discusses this.

Now that the midterms are solidly in our past, a lot of the what-aboutims have disappeared, a lot of the hot takes have gone away; but I think one of the things that we need to understand, one of the biggest messages sent by voters on Tuesday was that they want expanded healthcare access, even if it means government-run healthcare access, here in the United States. The evidence for that comes from three red states: Idaho, Nebraska and Utah.

All three of those states voted, the voters came forward and passed resolutions that expanded Medicaid for those states, expanded government-run healthcare in three red states. Red state voters, Republicans, people who voted for Donald Trump, who typically vote for Republicans, also went to the polls and said, “You know what? We do need to expand this government-run, government-funded, taxpayer-funded healthcare system because not enough people are able to get healthcare coverage.” While this involved the Medicaid expansion, it also bodes very well for Medicare for all.

We’ve already seen the polls. Everybody’s seen them. We know what the public wants. Majority of left, right, center and everything in between, a majority of everyone says, “Yes, we want Medicare for all.” When you see things like this Medicaid expansion passing in three red states, people who voted for politicians who said they wanted to “kill Obamacare,” but now they’re going to polls and saying, “You know what? We need better healthcare. We need more options. People need to be able to get it from the government if they can’t afford it from private insurance.”

I can promise you, if we were to put Medicare for all on a ballot and let the voters be the to one decide, we’d have it in place tomorrow because the majority of people in this country want it. When even the red state voters are willing to go to the polls and put Republicans in office, but at the same time expand government-run healthcare, you know that Medicare for all is becoming an inevitability here in the United States. That’s where we’re at. It is an inevitability. It’s not something that’s still a pipe dream. It’s certainly not a fringe belief. This is mainstream and it’s bipartisan, at least among the voters.

This is doable right now. People want it and they, I promise you, are going to latch onto the political party or the politicians themselves who go out there and say that, “I’m going to make this a reality.”