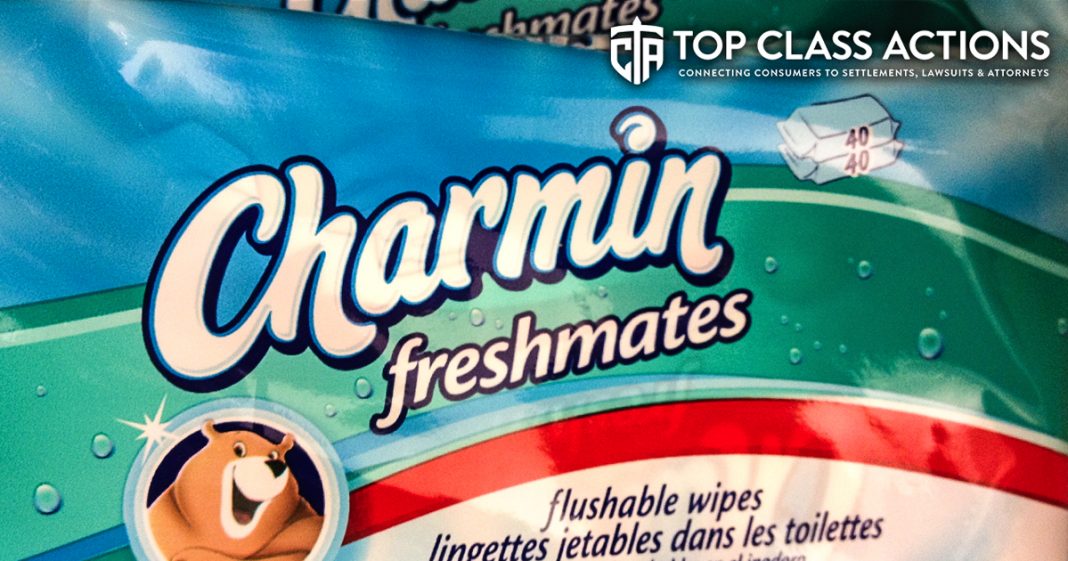 The term “greenwashing” has been around for a long time and it refers to a company’s attempt to brand their products or actions as environmentally-friendly when in reality they are no better than ordinary products. This is what appears to be happening with so-called eco friendly “flushable wipes” that have been clogging up sewers and septic systems by unsuspecting consumers. Ring of Fire’s Farron Cousins talks about what’s happening with Scott Hardy from Top Class Actions.

To learn more about this topic, visit topclassactions.com

Farron Cousins: For many years now, a lot of companies have been engaging in what’s called greenwashing, and that is basically trying to present either business’s practices, or the products that they put out, they’re much more environmentally friendly then the competition. But greenwashing actually means that no, they’re lying to you or being a little bit less than honest about how environmentally friendly they truly are, and that’s exactly what we’re seeing right now with these so-called flushable wipes. Joining me now to talk about this is Scott Hardy from topclassactions.com.

Scott, start by telling us what exactly is happening with these … the baby wipes, the septic friendly or sewer friendly flushable wipes. This has actually become a very serious issue and now there’s a class action lawsuit because this is costing consumers and even cities in some instances, a lot of money here.

Scott Hardy: It really is. People are buying these wipes, flushable wipes, they’re thinking that it’s easy on their septic system, it’s gonna go on their sewer, magically disintegrate and be good for the environment, and that’s why people are using them. But, in fact, we’re seeing toilets are getting clogged, septic systems are getting clogged up. These wipes aren’t actually biodegrading. They might not actually be good for the environment. These magical wipes that are supposed to start biodegrading as soon as they hit the water, they’re not, and they have ingredients like rayon in them, and we all know that rayon isn’t a naturally occurring item out there in the universe. It will not biodegrade. If it’s in the dump, it’s going to be there a long, long time.

We’re actually also investigating for some cities and municipalities where they’re having these gigantic clogs. This one that we covered in South Carolina was interesting. Where you have a huge, huge clog, I know you’re going to link this one, that caused divers to go deep, deep within their septic sewer treatment, in complete blackness and clean up tons of these wipes, all these wipes that are sitting there clogging the septic systems and costing these municipality’s money. Instead of being able to treat the water and reuse, recycle and be environmentally friendly, they’re taking thousands of pounds of these wipes, that aren’t biodegradable and having to send them actually to a landfill to be processed correctly. So flushable, they’re not.

Farron Cousins: Yeah, and this is … it’s not just the ones, the regular flushable wipes that they sell for average people, it’s baby wipes as well. They try to market this, this is eco-friendly, you don’t have to fold these up and throw them into the trash where they end up in a landfill. You simply flush them down the toilet. It’s better for your baby, it’s better for the environment, it’s better for everyone, but it’s not.

You pointed out a lot of them are made from rayon. Some of them also contain polyester. They make clothing out of that. That’s not biodegradable by any stretch of the imagination, and yet this is what they’re telling us to go put into our sewers, put it into our septic tanks, and this is going to end up, and I know in some areas it already has, this is going to cost consumers a lot of money. Because if you put something into your septic tank that is not biodegradable, it is going to call massive backups. Anyone who’s ever had any kind of plumbing backup in their house, you know what a nightmare that truly is. Not to mention the hassle of having to come out and pump the septic, try to find the clog somewhere in your house, if it backed up either further from there.

This is a real problem that has real world consequences costing consumers hundreds upon hundreds, if not more. I mean this is a big deal.

Scott Hardy: It is a big deal and with the Earth’s Best class action that was filed, you have a company that’s preying on people’s desire to be environmentally friendly. You have a kid, you have a baby, you gotta be using baby wipes to take care of that kid, so you’re trying to do what’s best for the environment, and you’re paying more for baby wipes that are actually listed as green or earth friendly, because you’re trying to be a conscientious citizen of Mother Earth, but when in fact these items aren’t biodegrading. Even if you’re not flushing down the toilet, you’re putting in your garbage, you’re sending them to landfill, thinking that over time they will go ahead and biodegrade and be good for the environment, but they’re sitting there because they’re synthetic, they’re not naturally made, they’re not going to biodegrade and they’re just gonna clog up our landfills like the flushable wipes are clogging up the sewer treatment plants across the country.

Farron Cousins: You know this is something consumers need to be aware of. Anytime you see a company that’s out there trying to tout their products as better than the rest, they’re eco-friendly, and in that regard they’re environmentally superior. All you have to do is pay a few more dollars for their product. You need to do some investigating on this and find out if this company, if their product is actually as environmentally friendly as they’re claiming it to be. One of the best ways to do that, check out topclassactions.com. Scott Hardy, you guys, everyone over there does a phenomenal job with these stories. Thank you for telling us these stories and for reporting on even more every single day. Thank you very much.

Scott Hardy: Thank you Farron, I appreciate your time.