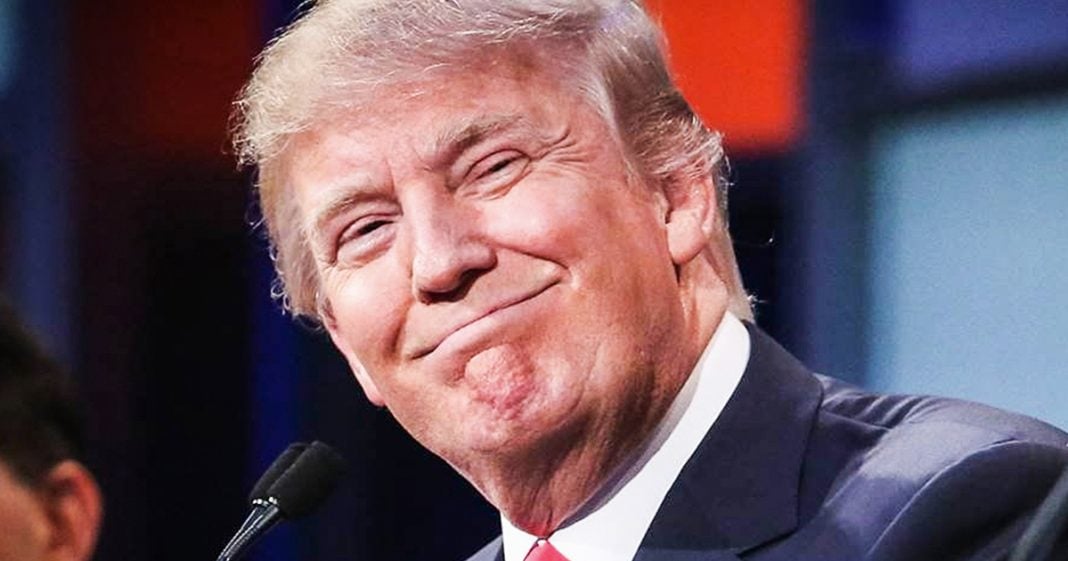 During a recent interview with Axios on HBO, Donald Trump admitted that he still hasn’t read the National Climate Assessment that came out a year ago, but he doesn’t need to read it because he makes the decisions and he knows more about the issue than the government’s own scientists. His arrogance is going to poison the planet in more ways than one, as Ring of Fire’s Farron Cousins points out.

In an interview that aired this past Sunday night with Axios on HBO, Donald Trump sat down with them and explained that he knows more about climate change than the government’s own climate scientist, which is similar to a claim that he made back in early October to 60 Minutes. He said that there’s lots of reports showing that climate change isn’t real, and there’s plenty of scientists saying that, “No, this is all a farce, so who knows what to believe? But ultimately, I’m the guy that makes the decisions, so I think I know better than all of these scientists who are perpetrating this fraud,” and according to Trump, “have a political agenda in protecting the climate and the environment and giving us clean air and clean water.” Uh, I hate those politics of breathing.

Here’s the thing though. He also admitted that he still hasn’t read the National Climate Assessment that came out in November. November of last year. So he’s been sitting on this National Climate Assessment, which shows that human beings are causing climate change, we’re making everything worse, and he’s refused to read it. It’s just sitting there for the last 12 months, and the man can’t be bothered to pick it up and read it. Meanwhile, he spends every third or fourth day of his presidency playing golf, but not enough time to look at how much damage human beings are causing to the climate.

In fact, at one point, he actually tried to steer the conversation a different way because they asked him about man-made climate change, and he says, “Well, man-made, well, man and woman-made because you know if you don’t say man and woman then you get popped.” He tried to go down a different avenue with the whole gender equality thing, but they weren’t having it. They drove him back to climate change, and he kept saying he knows better. He knows better than scientists. This man that has bankrupted multiple businesses, including casinos where people just literally walk in and throw money away, and he bankrupted it. He couldn’t make that profitable, but he’s smarter than scientists.

Man, I tell ya because all those scientists out there, they’ve got some kind of political agenda. They’ve got something to gain from protecting the air and the water and the soil and the people. Gee, maybe could that something to gain be a longer life? I don’t consider that a political motive. I consider that basic survival instincts of human beings.

We have ignored scientists, as a country, for far too long. That’s because we’ve had people as dumb as Donald Trump believing that they’re smarter than everyone else, somehow getting in a position where they’re the ones who call the shots. It’s happened with Trump. It happened with Bush. It happened with Reagan, and quite a few people before them as well.