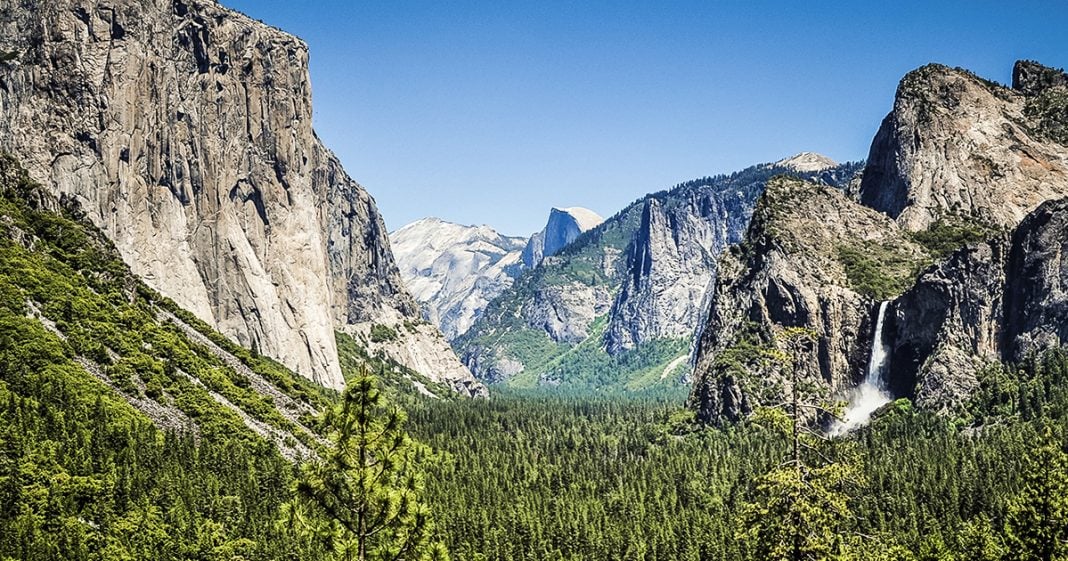 A district judge in California has overturned a state law that protected public lands in California from being sold off the highest bidder by the Trump administration. The decision by this judge will now open up the once-protected public lands to oil drilling, mining, and even water extraction as corporate locusts move into the state to deplete California of its natural resources. Ring of Fire’s Farron Cousins discusses this.

Last week, a US district judge decided that California just had too much public land that was protected by the state, and he struck down a law that California actually passed last year that protected their public lands from having Interior Secretary Ryan Zinke sell them off to private corporations. Here’s what’s happening. At the federal level, at the Interior Department, run by Ryan Zinke, who is likely under criminal investigation at this point, they put this new rule in place that would allow this administration to sell off public lands, national monuments, state parks, thing like that, lease out, rent out part of them, or even outright sell them to oil drillers, to water extractors, companies like Nestlé, to coal companies, so that they could come into this pristine and protected natural land, public lands, and take all the resources, like some kind of corporate locusts.

California saw this, knew this was coming, so last year they passed a law preventing the federal government from being able to come into California and scoop up their public lands and hand them over to Exxons, and coal companies, and Nestlés, and a US district judge said, “You know what? That’s unconstitutional. If the federal government wants to come in here and take your resources, wants to swoop in, send in all these workers from the coal companies, from the oil companies, from the water companies, they can do it.” You’re going to have to let them come in and sell off, what is I believe 43 million acres of protected lands right now in California. That could all be up for grabs for these corporate locusts because of this single ruling by this district judge.

You know, here’s the question. Whatever happened to state’s rights? I thought Republicans were the ones who thought that states should be able to decide what happens within their borders, not the federal government coming in and taking everything, and telling them what they can and cannot do. Oh, but if it’s a state like California, you know those liberal Hollywood coastal elites, then yeah, to hell with them. We’re going to overturn this. We’re going to let the corporations come in and take whatever the hell they want to do, even though large portions of California’s economy is dependent upon the tourism that those national parks bring in.

It’s not just California. National parks, national monuments, bring in millions upon millions of dollars in tourisms to local economies and to the federal government every year, but that’s not good enough for this administration. What they want to do is let the oil companies, the coal companies, water companies, whoever it is, the loggers coming in, take what you can. Give nothing back. They are corporate locusts, and thanks to this judge’s ruling last week, he just opened up California like an all-you-can-eat buffet for these greedy, disgusting, corporate insects.