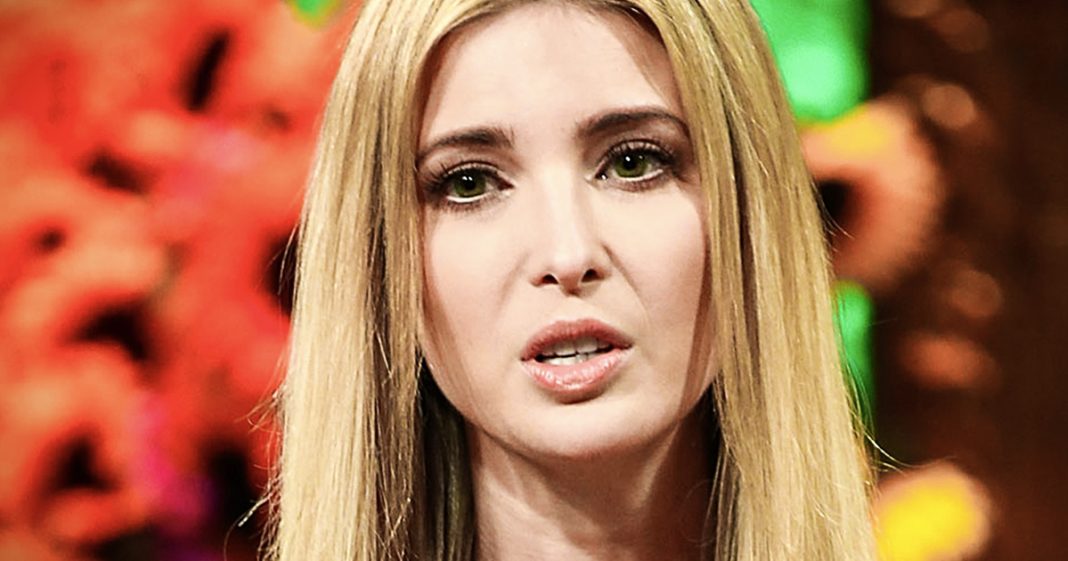 Something is very fishy about the new slate of trademarks that the Chinese government just granted to Ivanka Trump. For starters, most of the trademarks are actually for a brand that Ivanka already shut down so it technically no longer exists. Could this be China’s way of convincing Trump to end his trade wars? That seems to be one of the most likely scenarios, as Ring of Fire’s Farron Cousins explains.

What we do know she has done in the past is she has met with foreign leaders, and she’s also been given quite a few patents from the countries that those foreign leaders hail from. In October, she was actually awarded an additional 16 new patents from China, most of which for a brand and company that she actually shut down in the summer. She applied for these patents in 2016, nothing wrong with that. Then she shut down her company in 2018. The Chinese government knew this. They knew that she wasn’t manufacturing over there any more, and yet they still decided to go ahead and grant her these permits similar to last time when they granted her a bunch of permits earlier this year, and then Donald Trump lifted the sanctions on Chinese telecom company ZTE even though it was shown that they were spying on people and breaking the law, a move even Republicans thought was absolutely insane, but Donald Trump did it for them shortly after they gave Ivanka all of those trademarks.

What could be the motivation of China giving Ivanka Trump 16 new trademarks for a company that doesn’t even exist any more? Could it be that they want the sanctions lifted, or excuse me, the tariffs? Could it be that they’re trying to ease Donald Trump into ending the trade war in their favor by benefiting his family personally? That seems like the most likely scenario here. I refuse to believe that they’re doing this because Ivanka Trump has shown what a great businesswoman she is because as the Citizens for Responsibility in Ethics in Washington point out, this isn’t just for things like clothing, and handbags and shoes. Some of those are for those, but other patents that she was just given include things like nursing homes, sausage casings and voting machines. Does anybody want to put their parents in an Ivanka Trump nursing home? Does anybody want to eat Ivanka Trump sausage? How confident are you going to feel going to cast your vote on an Ivanka Trump voting machine? What the hell are these patents about? She’s not even in those businesses, but she got the patents somehow. I can only imagine it’s because the Chinese government is expecting something in return from Donald Trump and dammit, he’s most likely going to deliver it for them, whatever it is that they want.