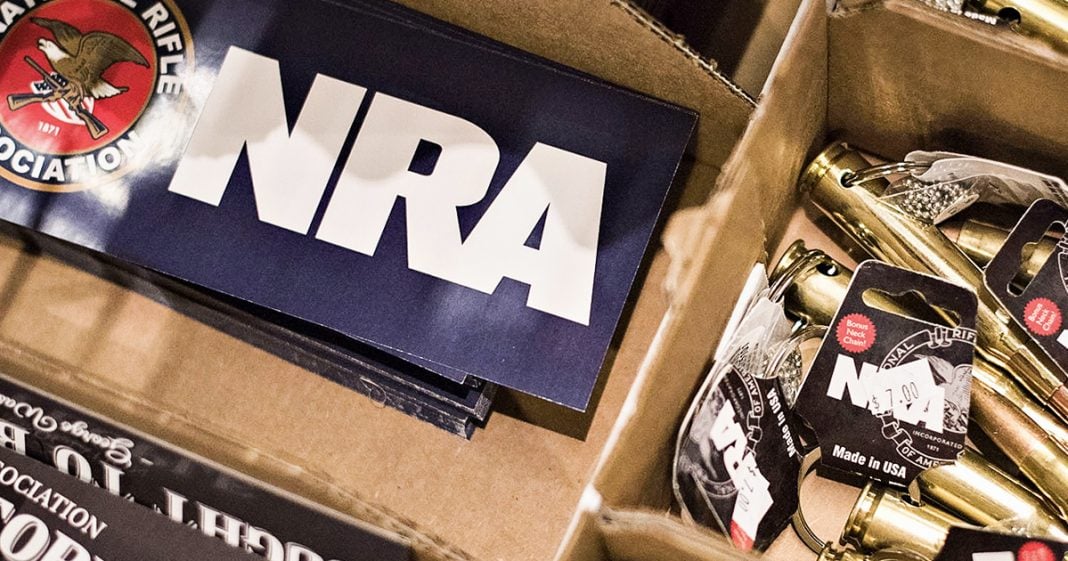 The violence and carnage in America has to stop. And the only way that we’re going to be able to put the brakes on the number of mass shootings happening in this country is to do something about our obsession with guns. Smart regulation needs to happen, immediately, but thanks to groups like the NRA and the millions of dollars that they pump into political campaigns, it almost feels like our future is being stolen from us by a greedy organization and pathetic politicians. Ring of Fire’s Farron Cousins discusses this.

As of right now, we are 312 days into the year. There have also been 304 mass shootings here in the United States since the start of 2018. Averaged out, that means we have only gone eight days this year without a mass shooting on US soil. And again, I say averaged out because some days we had multiple mass shootings. Some days, we didn’t have any. But again, 304 mass shootings in 312 days, so we’re averaging per year at this point, eight days without a mass shooting. Something has to be done. This shooting that just took place in California that claimed that lives of 12 people, including one police officer who was literally a year away from retirement, some people as young as 18 years old, had a bright future ahead of them, headed to college or just started college.

Other people who were there that somehow survived were also at the Route 91 Festival shooting in Las Vegas a year ago. So now we’re having so many mass shootings in the United States that we have people who’ve survived multiple different ones in multiple different states in multiple different years. That’s how bad the problem has become here in the United States. And I pointed out the police officer that died, there were a couple other who also got shot, because that also shoots down the republican talking point that a “good guy with a gun” is going to stop these mass shootings, or that having armed police officers somewhere is going to prevent mass shootings.

We have seen far too many examples in recent years that prove that is not the case. When somebody is hell bent on walking into any establishment and killing as many people as possible, they’re not going to be deterred by a police officer standing there. That police officer just becomes a new target for the shooter. That’s what’s happening in the United States. It’s not a problem of not having enough law enforcement. It’s not a problem of not having enough guns. The problem is that we have too many guns. And too many crazed, deranged individuals here in the United States have the ability to get their hands on these high powered weapons of war capable of killing dozens of people per second. And we think as a country that’s okay.

You know, you don’t need a gun like an AR-15 to defend your home unless you’re planning on being invaded by 60 to 70 burglars. A regular pistol would serve just fine if you feel the need for that, so would a baseball bat in most instances because most home invasions do not include people that have firearms. But that’s beside the point. We as a country are addicted to guns. And we have organizations out there like the NRA, that we’ve recently found out is under investigation for illegally taking foreign money. They pay off our politicians enough to not care about these mass shootings. That’s where we’re at as a country.

This one organization that is practically politically impotent in terms of getting people they like elected, but the few that they do have, and the money they spend, is enough to whitewash all this bloodshed, to put a nice little blanket over it. All the funerals, all the little baby coffins that are in the ground now because of gun violence, that doesn’t matter to the politicians that have been paid off by the NRA. Something has to be done, but nothing will be done with the current makeup that we have in Washington DC. Anyone who accepts money from the NRA needs to be voted out of office. Next chance you get, vote them out of office.

Law abiding gun owners have nothing to worry about. It’s not going to make the US less safe. It’s going to make us more safe. You’re not going to not be able to go get a weapon if you want one. You can. You may have to wait an extra day or two, and that’s it. Your life won’t be affected. But the lives of people who’ve lost family members, the lives of the people who went through those shootings and survived, the PTSD that they are dealing with, I would say that waiting an extra day and a half, to two to three days even, just to get a new handgun, is worth it to prevent more people from having to go through the horrors that too many Americans have already gone through.