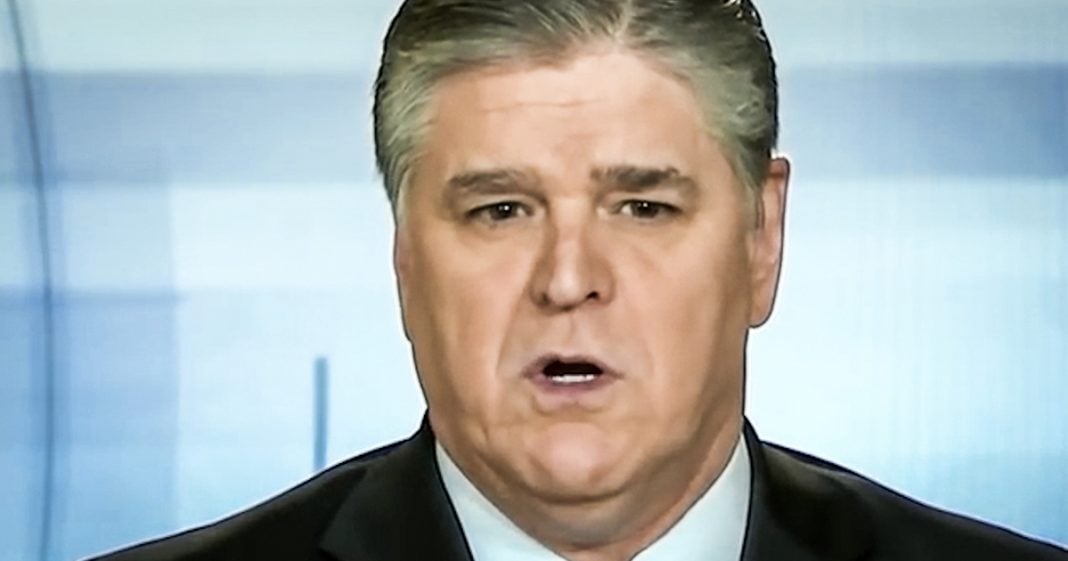 Fox News host Sean Hannity is furious with Jim Acosta from CNN, and he believes that Acosta represents everything that is wrong with journalism in America. Hannity has stated in the past that he personally is not a journalist, so what makes him think he has the right to lecture anyone on journalism, let alone the issue of ethics? Ring of Fire’s Farron Cousins discusses this.

Sean Hannity:
You call Trump derangement syndrome. That’s a mass psychosis, and without a doubt, Acosta deserves to be banned from the White House. He’s earned it. He’s unprofessional. It’s outrageous, it’s insulting, he wants to argue with the president. He gets more airtime and even though claiming to be an unbiased journalist, he always seems to make the story about himself. Rarely asking questions, treating his press briefings as debates, he constantly accuses trump and his administration of everything. Racism, sexism. Acosta is a self-serving liberal hack with zero journalistic integrity, but don’t take my word for it, we’ve got some of his greatest hits. Watch him in action.

Jim Acosta:
It could mean agents, it could mean more fencing. It doesn’t necessary mean a physical wall that the president-

Speaker 4:
And that’s part of the negotiation that we expect congress to have, and-

Jim Acosta:
But you can-

Sean Hannity:
Bumper stickers? Okay. A shameful act. He’s supposed to be a journalist? That’s a charade. You do a disservice to real journalists in the press corps, and it’s a disservice to the American people.

Secondly, somebody adjust that man’s teleprompter because the first five to 10 seconds of that clip, he is reading off a screen and not even looking at the camera. Could we please have somebody go adjust that so he’s looking in the dead center instead of off to the side reading? That was absolutely distracting, but that’s also not part of the issue here.

The third thing, and this is the funniest part of the whole thing other than Sean Hannity trying to lecture another human about ethics, none of those clips, none of the clips that you showed of Jim Acosta showed him doing anything wrong, or anything rude, or anything that would allegedly damage journalism here in the United States. You took a shot, you showed multiple clips, and you struct out with every single one. If those were literally the worst you could find of Jim Acosta, then I think he’s doing a damn good job as a journalist in the United States, and I’m not the kind of person that readily praises anything from the corporate media.

But, if that’s the best you got, then I suggest you go back to the well and you try to find some real clips of Jim Acosta doing damage to journalism by asking questions in an arena where he’s supposed to be asking questions. Because, that’s your real problem Sean. It’s not that you think he’s damaged journalism, it’s that he’s being hard on your boss, because Trump is your boss, or you’re his. I don’t quite know how that disgusting relationship works, but one of you is calling the shots for the other one, and you can’t stand anybody talking bad or being mean, or God forbid in Acosta’s case, being inquisitive about what a horrible administration this truly is.