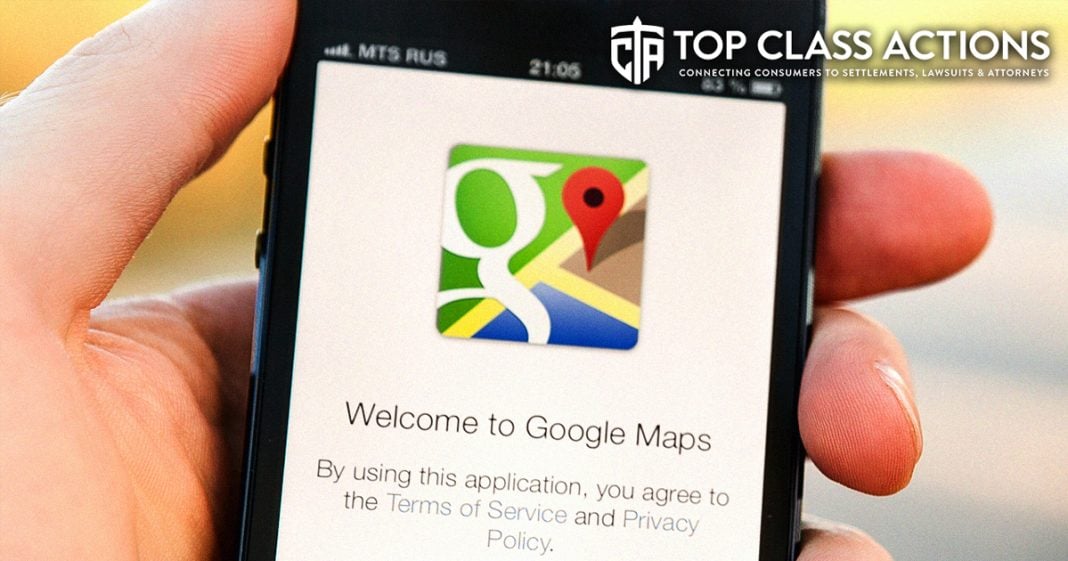 According to a new lawsuit, Google apps on your phone and computer have been tracking the location of their users even when those users have specifically refused to give the tech giant permission to do so. This has created a major privacy concern and has violated the rights of users. Ring of Fire’s Farron Cousins discusses this issue with Scott Hardy from Top Class Actions.

Farron Cousins: Everyone is online. I mean every time you open up your phone, you get on a computer, we’re connected to the Internet and therefore connected to the rest of the world and usually it’s a pretty harmless, innocuous experience. But some of these apps that we’re using, some of the programs, some of the search engines are tracking everything you do, even after you have closed out of that app or browser or whatever it is. And even worse, some of them are doing it even after you’ve expressly told them that they cannot track you.

Joining me now to talk about this is Scott Hardy from topclassactions.com. Scott, Google. Absolutely, and we’ve done plenty of stories on this on Ring of Fire in the past, but Google is just absolutely one of the worst when it comes to tracking people, not only without their knowledge, but now we’re finding out even after they’ve been told they’re not allowed to track you. Tell us about this latest lawsuit against Google here.

Scott Hardy: Right. Yeah, it’s interesting because Google is omnipotent and omniscient and omnipresent in our lives. You can’t escape Google. They’re the number one search giant in the world. People have Google devices hanging out in their homes now. You’ve got Google on your phone and it’s interesting because with privacy concerns as they are and people worried about being tracked and even battery life on your cell phone, a lot of times you want to make sure that you’re turning off location based services on your phone for specific applications. And an option is typically to allow a program to track your location while the program is in use or all the time or turn off tracking entirely.

But what the class action alleges is that even if you turn off tracking and location based tracking for the Google apps within your phone, it’s still tracking your location and using that data for things like targeting you with ads and for other marketing purposes. So it’s a bit nefarious in that we already know Google knows where we are, but even if we’re saying, no, no, no, you can’t track me. This class action is alleging that Google can in fact and will and does track your location.

Farron Cousins: And it’s interesting because we’ve actually seen private investigations into this and people actually, you’ve got these cyber forensic investigators. I don’t know exactly what they’re called, but they’ve been able to go through and find out that even when people on their devices have said, do not track me, do not ever use my location, they’re still being tracked. So we do have the empirical evidence to show that yes, this is still happening.

So it’s going to be interesting because Google, I’m willing to bet, even though they’ve got tons of money, they could probably settle this thing by tomorrow morning if they chose to, if they wanted to do the right thing, but they also have plenty of money to fight it out and draw out this lengthy court battle should they choose to do so.

But they’re going to try to argue something like, well, that may have been a glitch. Maybe that person clicked the wrong thing. They always, and we’ve seen this too many times, they’re going to try to blame it on the person. Like, oh no, no, no, no. After you updated your phone, it changed all the preferences. You had to go back in and fix it, but that’s not always the case.

They’re going to do whatever they can to blame the user instead of taking the responsibility and saying, yes, we were violating this person’s privacy. There’s many laws popping up in states all throughout this country now saying that this kind of action is illegal. Some of them have passed, some of them have just been introduced, but either way Google is in the wrong here. There is evidence to show that, but we’ve seen too many cases like this. We understand what Google’s argument is going to be when they try to defend themselves here, don’t we?

Scott Hardy: Right, we do, and that’s interesting because even though users are expressly opting out of location based tracking, Google does their best to turn that back on at every chance they have. Whether you search for something through your Chrome web browser on your phone, even if you’re on Safari on the web browser on your phone, and you have locations turned off for that, as soon as you hit Google, it asks you to turn it back on.

So there are ways that Google is turning back on tracking and making sure that they’ve got your location and they’re using this for profit. There’s a reason that Google’s making a billion dollars a year. They are taking all of your usage from the devices at home to where you walk, and where you shop and they’re selling these things to marketers.

So Google, even though people are saying, no, you can’t track my information, I’ve turned this off in location based services on my phone. I’m good. Soon as open that web browser, oh, Google’s got your location all over again. And they’re using it to make those billions of dollars that they do.

Farron Cousins: You know, here’s an interesting little fact that I learned, actually not that long ago, is that if you have Google maps on your phone and you pull it up to look at traffic and it’ll show you where it’s moving quickly, where it’s stalled, it actually gauges how fast traffic is moving based on how fast the Google apps on somebody’s phone are moving in that traffic.

So whenever you’re pulling up a Google map to look at traffic and see where it’s congested, those are all people who are having their phones tracked and I promise you most of them don’t even know that it’s happening. I didn’t know it was happening. I didn’t know that was how they figured out that algorithm, but that is absolutely what they do here.

So a little piece of advice to consumers. If you haven’t opted out of this, go into the settings on your phone. Turn off the location services for any Google apps, whether it’s Chrome, whether it’s your Safari, that you’re going to Google.com, Google maps and Google app itself and you always need to check those settings and not just for Google apps, really any app, because they can all do this.

Even ones you don’t think. If it’s a fun game you’re playing on your phone, they still want to track you because they can sell it and make a fortune. So check your settings and also always check your settings after you update those apps because a lot of them will default back to the “always share my location” without your knowledge and if you don’t go check, you could find yourself in a very vulnerable position in terms of online privacy.

Scott Hardy: Yes, yes. That’s a good point. They absolutely will, and remember Google owns Waze, and Waze is one of the number one apps for driving directions and finding your way, the best route possible and you want to make sure that if you are wanting to share your location so you can use a map service, that it’s only allowed to get your location while you’re using the app.

If you’re allowing it to get your location in the background, you’re sharing everywhere you are with Google or that app provider and they’re making money off you, and of course you’re not making anything off this. All they’re doing is selling that so they can pop up an ad to show you where the nearest Starbucks is.

Farron Cousins: Yeah, and not to mention the fact that if you’re constantly sharing your information with them, not only does it destroy your battery life, but it’s also just constantly running data off whatever phone plan you’ve got or using your Wi-fi at home and eating up that bandwidth as well. So that’s just another point that may not necessarily be harmful, but that’s something to keep in mind. It’s eating your bandwidth, it’s eating your data plan. So consumers do what you can …

Scott Hardy: Those are all things that you’re paying for.

Farron Cousins: Yeah, yeah. So consumers do what you can to protect yourselves because heaven knows that these companies are not going to do it for you. There’s more information about this story available in the link provided in the description of this video. Go to topclassactions.com and sign up for their newsletter. It’s filled with stories like this that every consumer needs to be aware of. Scott Hardy, topclassactions.com. Thank you for talking with us today.