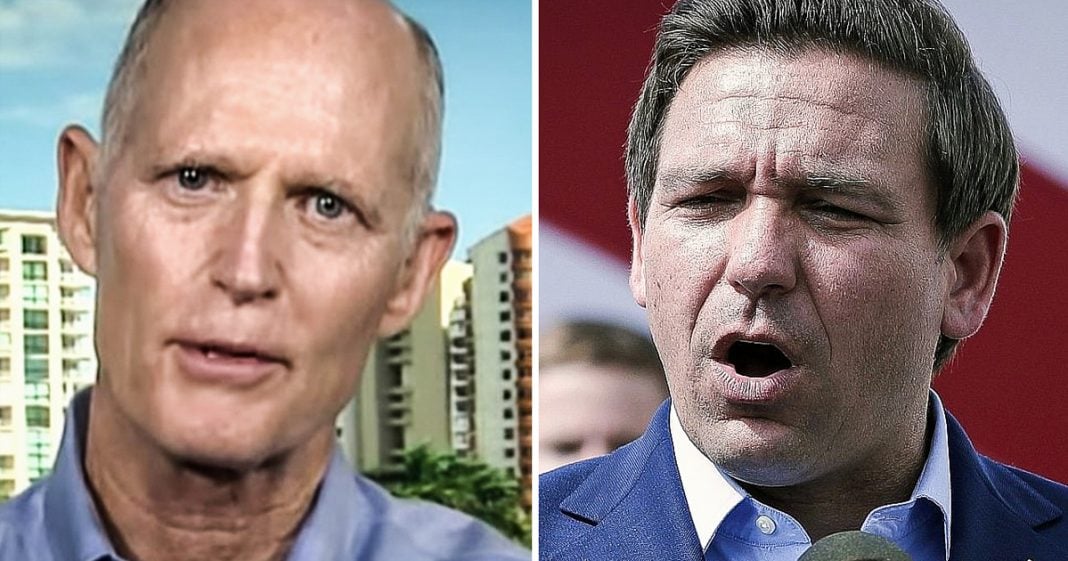 Giving us further evidence that every vote matters, several important races in Florida are headed towards an automatic recount due to the closeness of those races. Those include the governor’s race where Democrat Andrew Gillum is still closing the gap between Republican Ron DeSantis, and the Senate race with Bill Nelson slightly trailing Republican Rick Scott. And, as predicted, conservatives a freaking out, including Sean Hannity and Republican Senator Marco Rubio. Ring of Fire’s Farron Cousins discusses this.

Well, folks, it appears that the election in Florida is actually not over yet. Ron DeSantis, the Republican who allegedly won the governor’s seat along with Republican Rick Scott, who allegedly unseated Democrat Bill Nelson for the Senate there, those races are both headed for an automatic recount, because as the last few votes have come in, and we’re actually still waiting on some for Broward County, as those last few votes came in, they closed the gap enough to trigger an automatic recount for those particular races, as well as another race in Florida for agriculture, but the two big ones obviously the governor’s house and the Senate race.

Those are massive, massive victories if Democrats are able to pull them off with these recounts. Obviously, Republicans are taking this as well as you would expect Republicans to take it, considering the fact that they stand to lose a Senate seat and a governor’s seat in one of the most important swing states in this country. This is huge news. This is great news, even though Florida really has a bad history with recounts, and considering that everything is once again hinging on Broward County down there, it’s difficult to get optimistic about it, but at the same time, good things could still happen, and here’s why.

First and foremost, there were plenty of ballots, not only outstanding still to be counted right now that actually could close the gap in both of those races, but there were actually plenty of ballots that for some reason, even though they had the name recognition and were huge offices, there allegedly weren’t votes cast for the Senate seat. Some of them didn’t have votes cast for the governor’s seat, and while it is entirely possible that people just decided not to vote for those particular races, the idea of tens of thousands of people in one county not voting for one of those races is a little suspicious, so yes, the recount is a good thing because we’re going to find a lot of votes that weren’t originally counted by the vote scanners.

Again, Republicans are freaking out. Donald Trump has joined in their freak out, and he tweeted out the following this morning. He said, “Law enforcement is looking into another big corruption scandal having to do with election fraud in Broward and Palm Beach. Florida voted for Rick Scott.” It’s actually starting to appear like they didn’t vote for Rick Scott, Mr. Trump. Marco Rubio tweeted out the following, “Every vote legally cast should be counted. That’s the law. Have no problem with recounts. That’s the law, but last early votes were cast Sunday and had to be submitted by Tuesday evening. That the law too. That the law too. Yet 48 hours after deadline, Broward County is only county still counting them.” In addition to having the word count in a sentence more than I’ve ever had to read before, Marco Rubio’s freaking out, because he had already tweeted out his congratulations to Rick Scott, “Looking forward to my new colleague. Super great bud time.”

Yeah, there’s some fraud going on here, but it’s not at the hands of the Democrats. It’s not at the hands of the people doing the recount. It’s at the hands of the people who did the first count to begin with, and as we’ve talked about so many times, not just in these midterms, but for the last 15 years, this is by design. This is what Republicans want, because every time there’s any kind of shenanigans with votings, it always seems to help out the Republicans, just like it did in Georgia, which that race is also likely headed for a recount or runoff in Georgia. But here in Florida, this is a big deal. The gaps have been closed. Gillum at last count was only about 36,000 votes behind DeSantis. I believe that number’s actually gone down a little since these came in. Bill Nelson is only down by 22,000 votes, or excuse me, that was Thursday morning. He’s now down by about 15,000 votes, so that gap is narrowing as well.

There is a bit of an anomaly here, okay? Bill Nelson’s race is a lot closer than the governor’s race. Bill Nelson actually received even more votes than the Republican candidate for governor, so yes, it is entirely likely and probable that more people voted in that Senate race, and voted for the centrist Democrat there for some reason in even higher numbers than they voted for the Republican governor, so there are some anomalies here. It’s difficult to even pin down exactly why things happened in certain ways that they did, but still, the fact of the matter is that not all of the votes have been counted. We’re heading to an automatic recount even after those votes come in, because regardless, it’s not going to be enough to push any candidate over that .5% threshold that triggers the automatic recount, so there is still hope for the state of Florida. Don’t want to be too optimistic about it given our recount history, but at the same time, it’s hard to contain the excitement at the thought that we may not be as screwed as we had thought we were on election night.