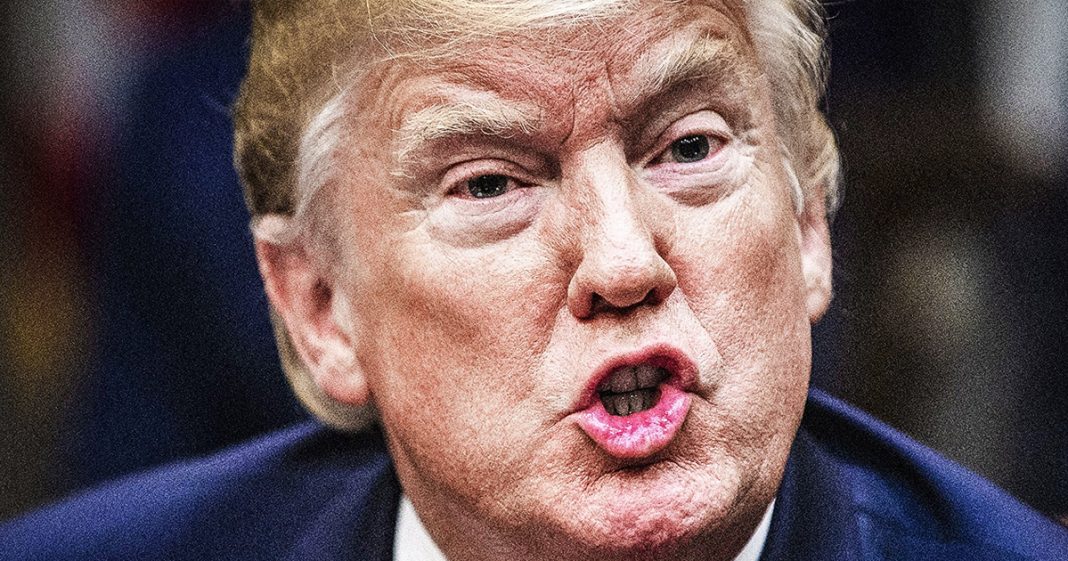 Wednesday was a bad day for Donald Trump, even though he attempted to hide his depression through a series of tweets talking about how great the Republicans did in the midterms. But the truth is that his erratic press conference and the firing of Jeff Sessions are both the result of his growing fears and depression, according to those closest to him. He knows that bad things are on the horizon, and we can likely expect things to get much worse in the coming days. Ring of Fire’s Farron Cousins discusses this.

According to a new report by Vanity Fair’s Gabriel Sherman, Donald Trump is feeling increasingly depressed and angry. And this depression/anger was on full display on Wednesday when he gave that disastrous press conference, screamed at Jim Acosta, told another, I believe it was April Ryan, told her that her question against him was racist, and not to mention his asking Jeff Sessions to resign, his erratic behavior all through the day Wednesday was absolutely evidence that Donald Trump is freaking out internally.

But we didn’t even necessarily need all that evidence, because as Gabriel Sherman said, those in the White House, the people that he’s spoken to in the last 48 hours, are easily, readily available to admit that yeah, Donald Trump is freaking out. And it’s because the Democrats took the House and because the walls are closing in with the Mueller investigation.

And Trump’s not only worried about himself, according to these White House sources that spoke with Gabriel Sherman, he’s also worried about Don Jr. Because among the circles in the While House, and we had reported on this last week, they’re worried that Don Jr. is going to be the next domino to fall with the entire Mueller investigation, along with Roger Stone. There’s much less concern about him among the Trump family because he doesn’t share the last name of Trump.

Now Don Jr.’s lawyer says that Don Jr. Himself has never said that he’s worried about going to prison or that he’s the next one to go down, blah, blah, blah. But those in the White House say Don Jr. and Don Sr. know exactly what’s coming. They know that they cannot continue to hide and that’s why we’re seeing things like the resignation of Jeff Sessions, the take-over of the DOJ by Matthew Whitaker, the erratic behavior at that press conference where he was just lashing out and yelling and insulting anyone who asked him a question.

Not only is this not normal behavior for a sitting US President, it’s also just not normal behavior. I mean, we have to stop looking at what Trump is doing and saying, “This isn’t Presidential.” We need to start saying, “This isn’t how a rational human being operates.” Because that’s what we’re dealing with right now. It’s not just a difference of opinion. It’s a difference of morality and humanity at this point.

Donald Trump appears to be losing his mind over all of the bad things that are coming his way, because he’s been such a horrible human being. Things are going to get much worse. The firing of Jeff Sessions was the beginning, not the end, not the middle. It’s the beginning.

Over the next few days, expect more shoes to drop. But as I’ve pointed out multiple times, Mueller has his bases covered. He’s farmed out a lot of the prosecutions. There’s a lot of sealed indictments that we do not yet know about, and there’s little that this administration can do to stop or even put the brakes on this entire investigation. And I think Trump knows that and I think that’s one of the biggest reasons he’s freaking out right now.