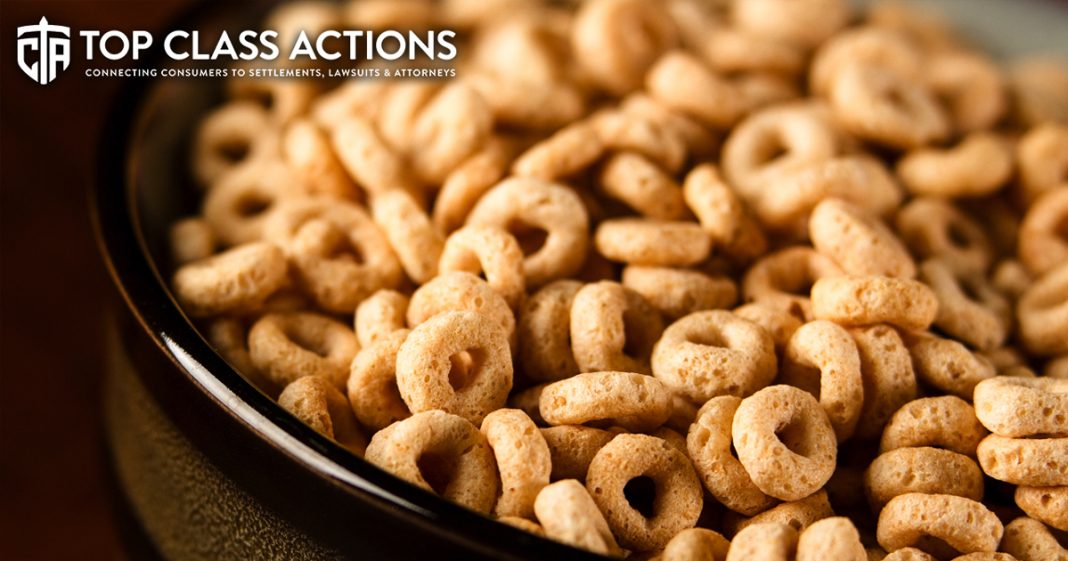 Lawsuits are coming together against some of the biggest food makers in the United States after repeated studies have found unsafe levels of Monsanto’s glyphosate in their products. Glyphosate is the active ingredient in Roundup, and it has been shown to cause cancer in studies. Ring of Fire’s Farron Cousins discusses this with Scott Hardy from Top Class Actions.

Visit topclassactions.com to find out more about the General Mills class action lawsuit.

Farron Cousins: Recently studies came out showing that some of the most popular food items here in the United States and abroad are actually packed full of Monsanto’s glyphosate. Glyphosate is the active ingredient in Monsanto’s blockbuster weed killer RoundUp, and now it’s found its way into the food chain. As new studies are showing just how prevalent this chemical is, and possibly that these corporations knew that it was in their food products, lawsuits are already beginning to emerge on behalf of consumers who are terrified of having this chemical in their body and what it could do to them.

Joining me now to talk about this is Scott Hardy from Top Class Action. Scott, thank you for being with us today.

Farron Cousins: So this glyphosate, we’ve seen the big lawsuits about it from people who have used RoundUp, developed non-Hodgkin’s lymphoma and other kinds of diseases. One of those just hit a jury verdict for hundreds of millions. I believe it was reduced on appeal a little bit, or not appeal but on review. But now we’ve got the other angle here. Obviously if this stuff is being sprayed on the crops it’s going to get into the food. That’s where these new lawsuits are coming from right? People are actually finding this in common foods like Quaker Oats and Cheerios. Breakfast foods, foods we feed our kids are packed with this disgusting dangerous glyphosate chemical.

Scott Hardy: Yes that’s right. It was really shocking to see these class actions be filed. Looking at the history, I mean we were seeing more than 1,000 comments on the Cheerios class action. We’ve already gotten over 100 comments on the Quaker Oats class action of people that have been using Quaker Oats. It’s one of those things that people wake up, they make their oatmeal, they’re happy, but they’re finding that this glyphosate was actually being sprayed on the oats prior to actually being harvested. Then the General Mills and Quaker Oats aren’t washing the oats effectively enough to get all of the pesticide off, and so this is ending up in the food that we are feeding our children, we’re feeding our loved ones. That’s really scary when it’s recognized as a carcinogen. If I’m eating something that could cause me cancer, then dog gone it I want to know about it.

Farron Cousins: Absolutely. The biggest issue here too is that a lot of these foods are labeled as non-GMO. For those who aren’t familiar with it, one of the main reasons GMOs were even developed was that they could withstand being sprayed by glyphosate and some of these other harmful chemicals. When you see something that says non-GMO, your mind is immediately going to go to okay this is healthier, this is safer, it’s not packed with chemicals, they’re not spraying stuff all over it out in the fields. But even with for example the Quaker Oats here, it says non-GMO but if it was non-GMO you’re going to have a less likely chance of finding the glyphosate. Now there’s also a little bit of claims that this claim of being non-GMO is also false. They may also be popped with the mislabeling and false advertising here as well.

Scott Hardy: Right because we’re seeing when these manufacturers are using these claims saying this isn’t a genetically modified organism, these are healthy, give them to your kids. I don’t know a parent that hasn’t given their kids or Cheerios, or babies Honey Nut Cheerios. It’s just a right of passage. When you’re giving your kid a snack, they eat Cheerios. It’s really scary to think that your baby and your little child, your toddler, could be ingesting a pesticide due to the standards that General Mills and Quaker Oats are using when they’re processing these oats and they’re actually making these cereals.

Now I would like to know that my child’s eating a non-GMO product. I’m actually not that scared of having a GMO product though because science is good and it keeps us healthy, but when we’re seeing these claims that it’s non-GMO and we’re thinking that we’re getting something all natural and healthy, and then we’re tying that into a pesticide that could cause cancer. As you mentioned, we’ve been covering these RoundUp lawsuits for a long time now and seeing the people and the workers that are impacted. Well if these workers are getting cancers and they’re suffering from non-Hodgkin’s lymphoma, what’s going to happen to our kids long term if they’re actually ingesting this same pesticide that these workers are being exposed to.

Farron Cousins: One of the biggest issues here too that we’ve seen with it in the food products is that depending on how much they’ve put on these crops it may not even be possible to fully cleanse them. If it’s actually gotten into the plant and has become a part of it throughout the growth cycle, you can’t wash that off, you can’t cook it off, you can’t back it off. It’s a part of it. That’s one of the biggest issues that we have to deal with here, and that’s what people need to understand. There’s no amount of cooking you can do that’s going to get rid of all of the glyphosate in there. I know, we’ve had conflicting reports.

The International Agency for Research on Cancer said this is a probable human carcinogen. Meanwhile, our EPA here in the United States has literally just gone back and forth for almost three decades now saying yes it’s a carcinogen, no it’s not, yes it is, no it’s not. We’ve got a little bit of a conflict here, but that’s also because Monsanto and some of these other chemical giants out there, very powerful lobbying industries. But when you look at the independent studies, the ones that have not been influence in any way whatsoever by these corporations, they all tell us the same thing. That is that glyphosate will cause cancer and other debilitating diseases. I mean that’s what we’re looking at here. That’s what’s happening.

Scott Hardy: Right. Exactly. Then we do have the state of California, which has recognized glyphosate as a carcinogen. I think we’re going to see more recognition even though we’ve got Monsanto and other companies lobbying against calling it a carcinogen. The state of California has said yes, this is a carcinogen, yes this causes cancer. You can’t have these trials going through where you’ve got workers that are out in the fields getting cancer on these crops that are treated with it and not actually agree yes this definitely is causing cancer. The jury were to speak for themselves, let alone the independent studies that you mentioned.

Farron Cousins: Absolutely. I think it’s great you pointed that out. If the workers who are spraying this on your food or on the ingredients for your food are getting cancer, what do you think is going to happen if you continue ingesting it. It may not be as potent as what the workers are exposed to, but even in small doses over time the biopersistence of this could build up in the body and cause harm. The best thing people can do right now, go check out topclassactions.com. There is a link to both of these stories in the description of the video. Get more information on it. And for even more information on other issues that are important, subscribe to their newsletter. It is very important. This is news that consumers have to be aware of. Scott Hardy, topclassactions.com. Thanks for talking with us today.