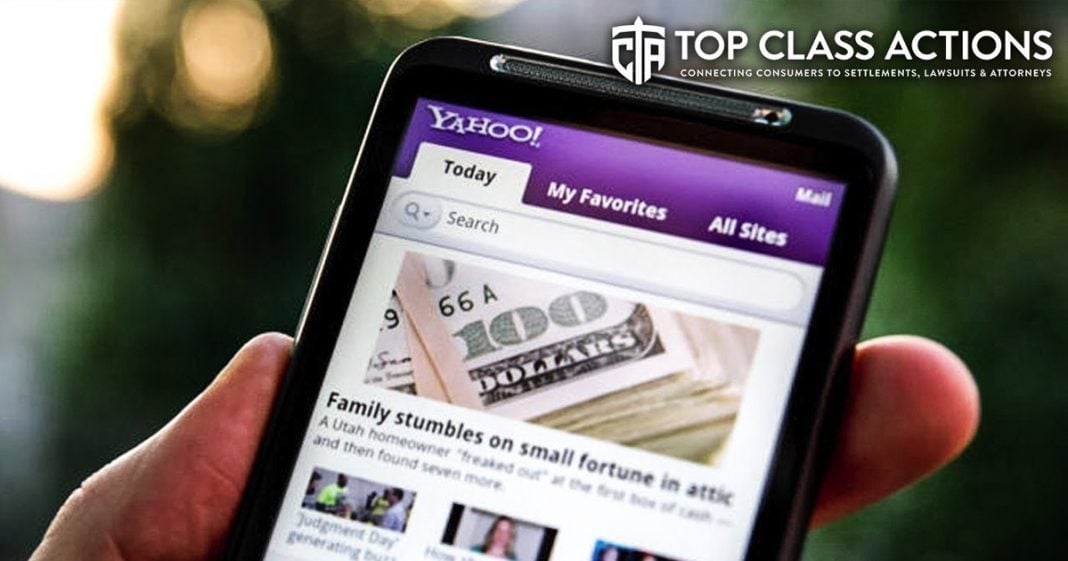 Yahoo has agreed to payout $50 million to users who had their data leaked by the company during one of the largest data breaches in US history. This means that anyone with a Yahoo email address could have been a victim and therefore entitled to part of this settlement. Ring of Fire’s Farron Cousins discusses this with Scott Hardy from Top Class Actions.

For more on the topic, visit topclassactions.com

Farron Cousins: Tech giant Yahoo may not be in the same category as a Google or Facebook but they’re still one of the leaders out there in terms of online traffic. And recently, about a year or so ago it was announced that they were also the victims of one of the largest data breaches in the history of the United States which means that anyone anywhere in the world with a Yahoo email address was potentially affected by this and could have had their data leaked to hackers. Joining me now to talk about this and the resulting settlement that could soon be on its way for those affected is Scott Hardy from topclassactions.com. Scott thank you for being with us today.

Farron Cousins: So here’s the thing. I mean this Yahoo data breach that took place first it was oh there’s a couple hundred thousand, wait no now the number’s in the millions then last year they announced you know what it’s actually a couple billion probably people that have had their data breached. This is absolutely bonkers the number of people who are directly affected by this Yahoo data breach that apparently also gone on for years and they just kind of let it happen, didn’t they?

Scott Hardy: Yes it’s really shocking that it started back in 2016 and as you mentioned the numbers just kept getting worse and worse and worse. They went from hundreds of thousands to millions to a billion. And then finally last year they went all right yeah it was actually three billion users who were impacted. And if you had a Yahoo email address guess what you’re included. They had your password. They had your personal information. Any information that Yahoo had on you those hackers had access to. So it was a gigantic data breach and which makes sense that this was a significant settlement but one of the things that I like about the settlement is that it actually will result in money back in the pockets of those who were impacted. Though with 3 billion people affected or at least 3 billion email addresses affected I don’t know how this 50 million dollar settlement will actually get everybody paid but we’ll see how many claimants there actually are.

Farron Cousins: Yeah I mean it seems Yahoo email addresses are gain not quite as popular as Gmail but they’re still very very popular. So anybody who has that @yahoo.com email address you need to go and find out if you were one of the people affected and if so you would absolutely, most likely, I can’t say absolutely but most likely qualify for part of this settlement here. And again this is 50 million dollars that the companies agreed to and that is on top of they’re also separately going to pay the legal fees, court fees, whatever else comes out. None of that is coming out of this settlement which is also a very big deal. So that means that this 50 million dollars is only for the people affected.

Scott Hardy: Yes and that’s awesome. I really love seeing these settlements where they have all of the pot earmarked for consumers and those people that were impacted by this data breach and as you mentioned the attorneys are getting paid separately. This 50 million dollars you can get $150 back if you have a Yahoo email address and you were impacted by it just by submitting your claim, we’ll have the details on topclassactions.com once the actual claim period starts. But if you have a Yahoo email address you can get up to $150 back without any proof of a purchase, no actual loss. Just if you spent time trying to research was my identity stolen, calling different credit agencies, were there issues. Those are all items that you can be reimbursed for your time. If your identity was stolen you’ll be able to get $450 back, possibly even more depending on the number of claimants. So you want to definitely take your time, see how you’re impacted because this isn’t just a couple of bucks in your pocket. You’re looking at least $150. And I’ll be curious if there’s a huge number of claims which you would think there will be if they’re able to get this pot increased. But we’ll see. It’s always a challenge to get more money for the consumers. But hopefully they’ll get at least that $150 per claimant back.

Farron Cousins: And something people need to understand here is that it’s not just oh well they got into my emails well I didn’t have anything my emails that was particularly troubling. From your emails, from your personal account information they can get your name, your address, your date of birth, where you live, if you are signed up for your online banking or credit card statements or any store account, Amazon account, if it’s linked to that e-mail it’s not that far of a leap for them to be able to figure out from your personal information and your email password what your other account passwords could be. They can find your Facebook, find family names, dates of birth, things like that. It’s very easy for this thing to snowball and go into full blown identity theft which is what is so problematic about this. People think oh well they only leaked my name and my address and date of birth what’s the big deal. The big deal is that with that little sliver of information hackers, anybody who goes in there, they’re able to find out a lot more about you than they think with minimal information and that’s what’s so scary about these data breaches here.

Scott Hardy: It really is because most people are using that email address to go ahead and work on getting a new mortgage for their house, refinance, talk to the realtor, talk to their accountant, talk to their family, going ahead and setting up a frequent flyer account. Hackers will have access to all information including if you happen to send out credit card information to a loved one saying hey buy this for me or go ahead and charge it. They’ve got that credit card number. If you send out your Social Security number to your life insurance, your health insurance provider, like I said if you’re getting a mortgage hackers would have access to all of that information. So it’s not just like you said my email has been violated and people can go ahead and see what I was writing to Grandma, oh no. These hackers had access to everything and that is a big concern.