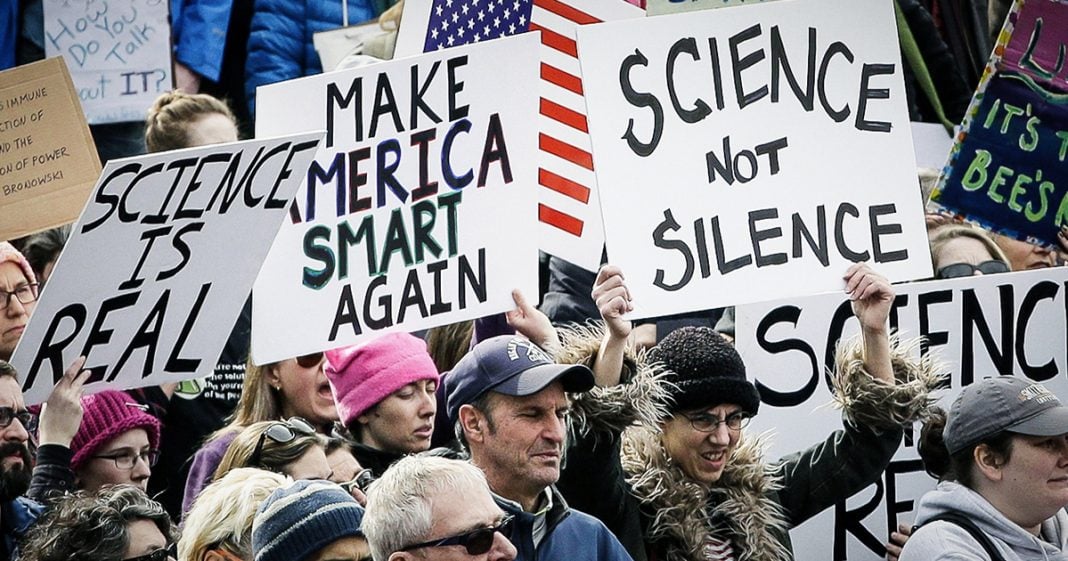 There are 6 new science-backed candidates who will be a part of the new Congress at the beginning of 2019. Of these 6, five of them are Democrats and one is a Republican, but all of them have backgrounds in scientific fields and all have been backed by scientific organizations. Prior to this election, only one member of Congress held an advanced degree in science. Ring of Fire’s Farron Cousins discusses the significance of these victories.

There is currently only one person, in the House of Representatives, a democrat from, I believe, Illinois, who holds an advanced degree in any science, and it’s a physics degree. Six more are going there in January. I know that’s a small number. We’re going to have seven people with these advanced degrees. Seven scientists and doctors in the US House of Representatives out of 435, but it’s a big deal, because we went from one to seven.

Science has been suppressed. Science has been attacked by this administration, because the republican party. Nobody there wants to talk about science, and not just climate change. You know, basic things, like evolution, but science is getting more popular. Science backed candidates are becoming more popular. People no longer want to look at the United States and say we’re a country that denies very basic science that other countries have long accepted. You know, scientific results that come out, we have been too quick to dismiss them as a country. I know a lot of us don’t, but most of us do, and that’s a problem.

Now, it’s going to be harder to ignore them when they’re sitting in the same chamber with them every single day that Congress is in session. We also saw a record number of women winning seats in the US House of Representative, and in state legislatures all over the country. This level of diversity, not just with education, but with gender, with race. A muslim woman won. Two Native Americans, I believe. This is good. This is diversity. This is culture. This is different opinions, different up bringings, different perspectives that we need in Washington, D.C. Science, gender, religion, cultures, all of those things matter, because all of those things exist here in the United States, and for too long we’ve been at the mercy of these right wing white guys who couldn’t care less about any of those issues.

Their days are numbered. We didn’t get as many seats in the house as even republicans thought we would, but the seats we did get are being filled by extraordinarily talented and diverse people whose voices have been so obviously missing from the House of Representatives for far too long.