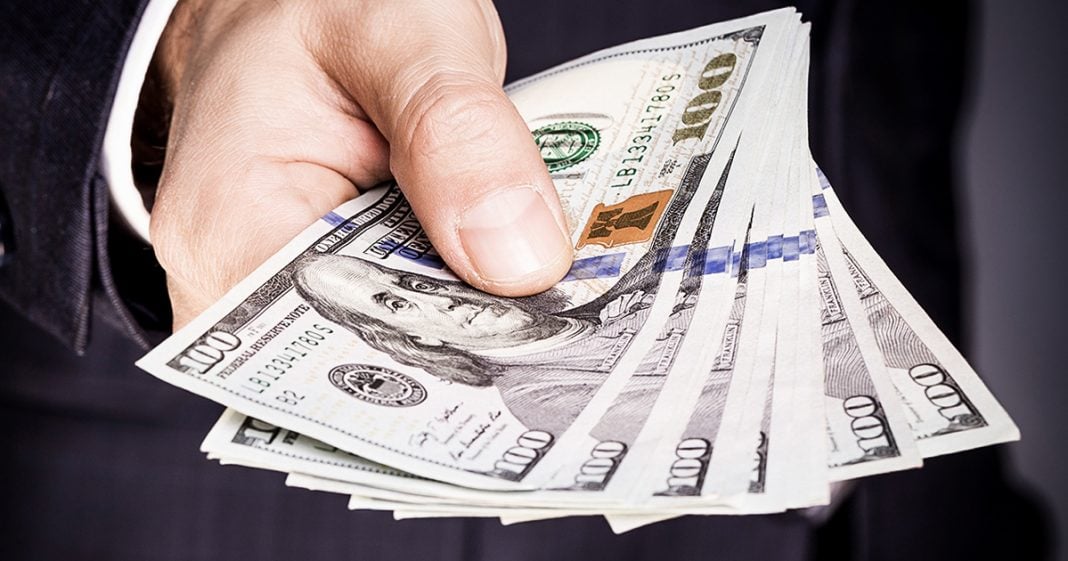 Fossil fuel companies pumped close to $100 million into defeating ballot initiatives in multiple states this year, and in nearly ever race, they emerged as the victors. As long as corporate money continues to flow into our election process, we will be stuck with bad government. The only solution is to overturn Citizens United and put this era of corporate control to rest. Ring of Fire’s Farron Cousins discusses this.

It’s easy to pick out the winners and losers from Tuesday night’s results in the midterms. Obviously, you can see which candidate got the most votes and which one got the fewest, and that’s your winner. But what’s more interesting is to go through and actually analyze who the real winners were, and it turns out, as expected, the real winners on Tuesday night were corporations, specifically the corporations pumping millions upon millions of dollars into defeating ballot initiatives that would have given us a better country and maybe cost corporations a couple more dollars. Here’s a great example. According to Axios, fossil fuel companies, and other energy industry companies, they pumped more than $100 million into multiple different ballot initiatives this year in the midterms. Three of them, three of the biggest ones they were fighting against, didn’t pass, so they won. Corporate money and corporate influence was enough to win those issues.

Here they are. Colorado, there was a proposal that would have banned new drilling in many parts of the state. Well, big oil came in, decided to run ads against that issue, got people to vote against it, so the ban does not go into place. State of Washington, they were going to impose a carbon fee on some of the largest polluters in the state, and that money collected was then going to go towards clean energy projects. Oil money defeated that as well. Arizona, they wanted to increase the use of renewables in the state to 50% of total energy consumption by the year 2030. Fossil fuel money came in, defeated that initiative as well, and every single one of these things would have made the planet a little bit better, would have made the environment in those areas a little bit cleaner, and yeah, would have cost these companies a little bit more money, but I can promise you one thing, it wouldn’t have cost them $100 million, and yet that is what they spent trying to defeat initiatives like this all over the country.

That’s the thing we have to think about here. It’s not that companies don’t want to spend money. They’re fine spending money. They spend more money on politicians and lobbying every year than they would spend if they were complying with every single regulation that’s currently in place. Think about that for a moment. If they stopped lobbying, if they stopped putting money in the back pockets of politicians and just spent all of that on complying with regulations, they would actually save money, but they don’t want to do that. They don’t want anything to hurt their long-term profits, even though continuously destroying the environment is going to hurt their long-term profits.

It’s going to hurt everyone in this country, but they don’t care. They don’t want to do anything that’s going to put their money at risk, so they’re actually stupidly willing to spend more money to save less money so that they can eventually have more money. I don’t know how the logistics of it actually break down, because my brain can’t make myself think that stupidly, but I think the shareholders at some of these corporations need to look at how much money’s being spent trying to ruin our political process versus how much they’d have to spend to make the planet a little bit cleaner, because they’re going to find out it’s actually cheaper to be the good guys than it is to corrupt our entire political process.