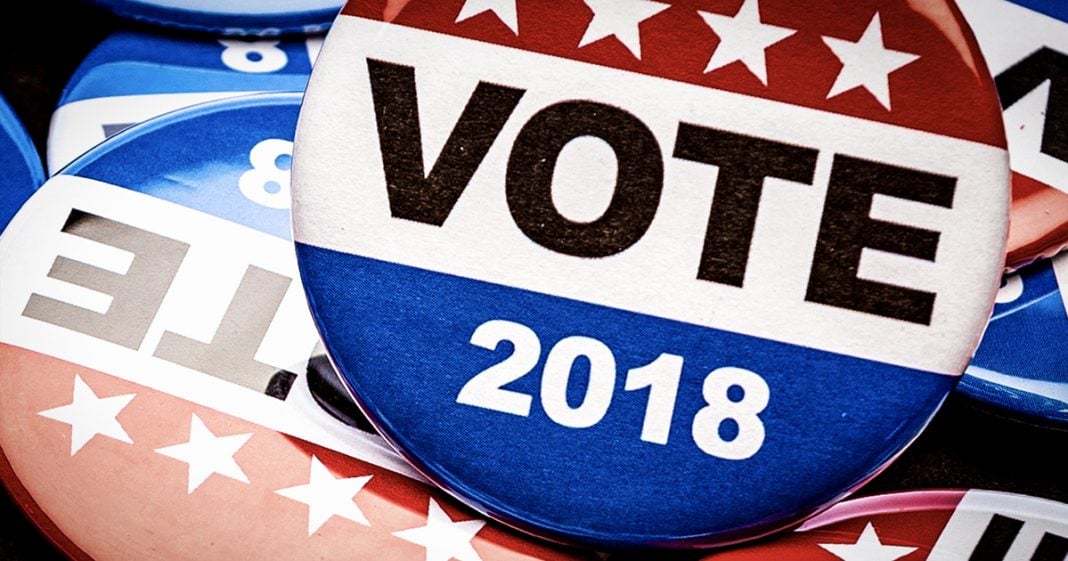 We’ve all heard it said – this is the most important midterm election in a generation. And it quite possibly is. As you head to the polls today, remember what’s on the line and remember all of the tragedies, the anger, and the disappointment that we’ve witnessed over the last two years. Today can be a day that we stand up and say “No more,” but only if we get out there and make our voices heard. Ring of Fire’s Farron Cousins discusses the importance of today’s vote.

All right, ladies and gentleman, today is the day. Midterm election voting day, your last day to vote. The official day to vote if you do not do early voting or vote by mail, so this is it. And yes, we’ve heard a lot of people say it’s the most consequential midterm of our life times, the biggest one in a generation, and there’s a lot of truth to that, because today is not just about, okay, well, I like this … today is about repudiating what is happening in Washington DC today. It’s about standing up not just for yourself, but for everyone. We are seeing people oppressed today in the United States, citizens and not, the likes of which I have not seen in my entire lifetime. I know it’s been worse in the past, but again, not in my lifetime, and not in the lifetime of a lot of the people voting in the midterms today.

We don’t want to see this continue. We don’t want to see it get worse. And while those issues may not actually be on the ballot today, in reality, the are. You’re given a choice today. When you go in there, and you see somebody with a D next to their name or an R next to their name, figure out where they stand and who they’ve stood behind, because that is one of the most important things today.

We have kids right not, right this very second, locked in cages as a part of a policy by this administration. You have the chance to vote against that. The residents in Flint, Michigan still don’t have clean water. You have a chance to vote to help fix that. Cuts to social security, Medicaid and Medicare are on the republican’s agenda if they win the midterms. You can vote against that to protect those social safety net programs here in the United States, those earned benefits that we have been paying into with every paycheck we’ve ever gotten in our working lives.

And I leave you with this little bit of information here. 866-OUR-VOTE. Remember that phone number. If you experience any problems whatsoever at the polls, call that number immediately. If you experience any intimidation, any harassment, any bullying of any kind, call that number for help. If you’re unable to call that number, if you’re unable to get through, try to find the number to the local police station. Don’t try to call 911 unless it’s an absolute emergency. Call the local police station, and let them know what’s happening. No intimidation of any kind at any polling place in any county in the United States is acceptable. Police will come and remove someone if they are attempting to intimidate votes. Know your rights, and do not back down or let yourself be intimidated. You have the right to be there. Do not let anyone tell you otherwise. 866-OUR-VOTE. It’s the most important number you need to know today. But most importantly, do whatever you have to do, if you haven’t voted already, to get out there and make your voice heard. This is the most important midterm election of our generation. Don’t waste it.