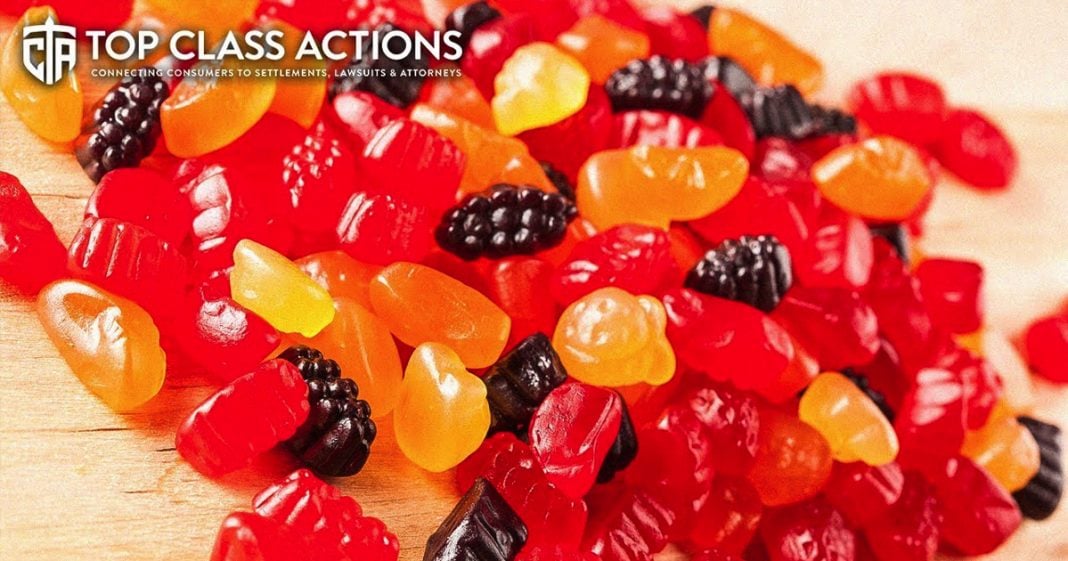 Farron Cousins: One of the most important things to understand as a consumer here in the United States is that we have a choice. We can choose a healthier product. We can choose a product that maybe not be as healthy. But as long as we know what’s in those products, we’re able to make an informed choice. Sometimes corporations take that choice away from us by lying to us about what’s actually in their products. Joining me now to talk about this is Scott Hardy from Top Class Action. Scott, thanks for being with me today.

Farron Cousins: What we’re seeing right now, and this actually, you and I have talked about cases like this in the past, we’re seeing another one of these examples here with these Mott’s Fruit Snacks that say, “Hey, we’ve got all natural ingredients, all natural fruit flavors, and everything totally natural, good for you. Here’s some pictures of fruit on the package. You should buy this because it’s so much better than these other fruit snacks that are probably made with artificial ingredients.” Mott’s isn’t being completely honest with us here, are they?

Scott Hardy: No. Unfortunately, it appears from the class action that they’re not. As you mentioned before, we talked about all natural ingredients regarding a different class action. With this one, it’s the same kind of deal that they manufacturers like Mott’s, they’re saying, “Hey, these ingredients that we’re putting in these yummy fruit snacks,” and I have to say they are delicious. Anyone with kids would be able to go ahead and tell you these Mott’s fruit snacks are very tasty, but we depend on the packaging and these boxes to look at it saying, “It’s all natural. I feel that it’s good to give to my kid.”

Farron Cousins: Right. Sometimes they also make it out of benzene, which is highly toxic for people. That’s not saying that these fruit snacks are toxic, but they can also make this … The flavoring is D1-malic acid, is what they’re manufacturing even though, as you pointed out, yes it is something that’s found in nature. The company’s are arguing that. They’re saying, “This is found in nature.” Okay, but you’re not using that. You’re out there making it yourself because it’s probably cheaper for the production process. You’re telling us it’s all natural. We’re giving these fruit snacks to our kids thinking we’re giving them something that’s not as bad for them as a cup of M&Ms or something. But you’ve taken away our choice is what you’ve done Mott’s. You’re telling us this is healthy and all natural when, in fact, it doesn’t appear to be that way. We’ve lost that choice. That’s where they always run into problems, when they take away that informed decision from the consumers.

Scott Hardy: They sure have. That’s just a very disappointing … It’s a very disappointing way to do business because anybody who has kids is going to go out there and try to find the healthiest thing that they can buy for their kids, to give to them. Keeps them happy. Keeps them energized. Keeps them going throughout the day. But if I can’t depend on these corporations to be truthful about exactly what they’re putting in their products, then I’m not going to be able to buy it. I want to make sure that anything that my kids are eating is healthy and, ideally, not synthesized from a lab from butane or benzene just to add a little flavoring. Figure out a better way to do it. That’s what you guys make billions of dollars a year on.

Farron Cousins: See, and that’s the problem. There’s always a better way to do it. There is the all natural route that they could take. Unfortunately, for the company, it costs them a little bit more money to do it that way, so they want to take the shortcuts but they still want to market it as if they didn’t take any shortcuts.

You know, look. There’s plenty of processed food items out there that aren’t so great for us, but they taste great. We’re going to keep going back to those. But just be honest. Just tell us, “Hey, yeah, this bag of chips is bad. We’ve got artificial ingredients, but man is it tasty. Yeah, these fruit snacks, we try to get as much natural fruit juice in there as possible, but there’s also some synthesized chemicals. Just wanted you to know that. There’s synthesized chemicals in all the competitors as well. Now, make your informed choice.”

All we’re asking for from companies, whether it’s a food company, an oil company, a chemical company, whoever it is, we’re just asking for that little bit of honesty. Unfortunately, it still seems like even that sometimes is too much to ask from them.

Farron Cousins: One of the reasons they do this, and you guys point this out on topclassactions.com, is that a majority or very close to a majority of consumers say they’re actually willing to pay more money if a product is labeled all natural with no synthetic ingredients. Corporations know this. They are fully aware that people are going to pay more, or at least be more likely to go buy that all natural labeled food than they are one that doesn’t have that label. They’re marketing off that, but they’re absolutely lying through their teeth in a lot of instances here.

Scott Hardy: Yes, they truly are. As a parent, I’d happily pay more, and I do pay more for products that I know are healthy for my kids. I’ll go ahead and pass right over a product that’s a little less expensive but isn’t all natural. But when I see that all natural label on it, I’ll pay that premium because I think I’m getting something that’s healthier for my children. But if I’m not, then we’re going to go ahead and get a class action filed and hold that company accountable.

Farron Cousins: Absolutely. That’s the best we can hope for right now is accountability and honesty, two things that actually seem to be, sadly, lacking in corporate America today. Scott Hardy from topclassactions.com, thank you for being with us and telling us this story today.