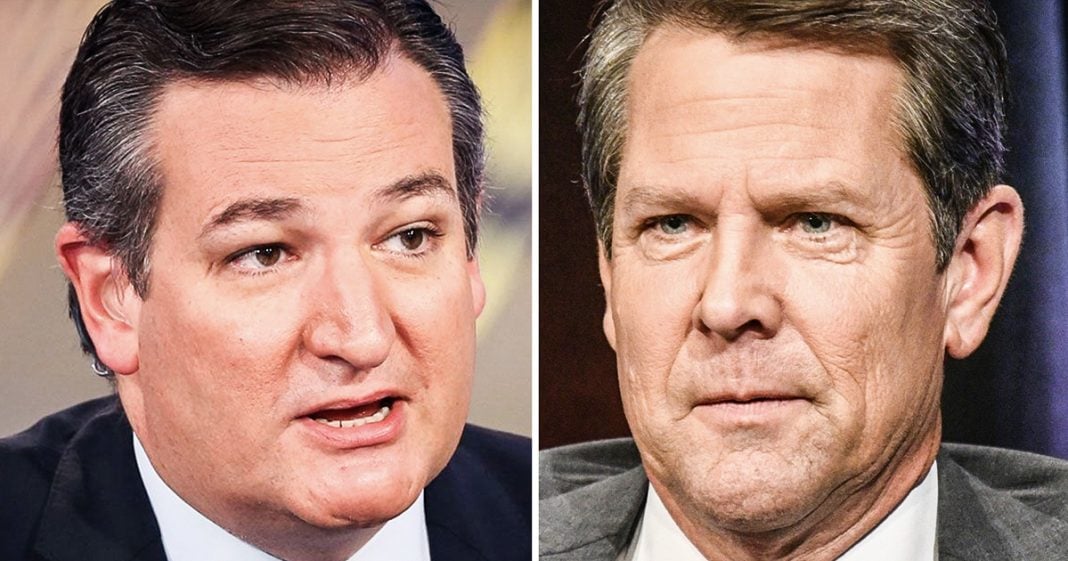 Voting machines in both Texas and Georgia have been experiencing very severe problems, and oddly enough, all of these problems seem to be benefiting Republican candidates in tight races. Both Republican Senator Ted Cruz and Republican gubernatorial candidate Brian Kemp have been the beneficiaries of voting machine malfunctions according to complaints. Ring of Fire’s Farron Cousins discusses this.

Now, voting machine experts are telling us that there doesn’t appear to be anything malicious happening with these machines. They’re not rigged to flip votes from blue to red. The problem is that we just have these outdated faulty voting machines that do not work properly. We’ve known about that since at least the year 2002.

These states and these counties, whatever, they’ve just decided to not do anything about it. The reason they don’t want to do anything about it, is because whenever there is some kind of voting machine problem, it always seems to benefit Republicans. We saw it in Florida back in the 2000 election. Saw it in Ohio and Pennsylvania in the early 2000s. Now, we’re seeing it again in Texas and Georgia in 2018.

All of these faulty voting machines tend to say, you’re a Democrat, whoops I accidentally put that one down for Ted Cruz. Or in Georgia, oops, I put it down for Brian Kemp, and that’s just who you’re voting for now. Could you imagine the kind of outrage we’d be getting from the Republican Party right now, if votes were switching from red to blue? My God, we would have paper ballots in every single one of those counties so fast it would make you go crazy. Because it’s benefiting them, they won’t do anything about it.

Again, we’ve known about these problems for years. We know that voting machines are unreliable. They’re easily hackable. The software is outdated and prone to these kinds of malfunctions. Because it’s benefiting the Republicans, especially those Republicans in very tight races that they could likely lose, they’re gonna sit back, let the voting machines do all the work, and hopefully flip enough votes to put people like Ted Cruz and Brian Kemp back into office, in some cases for Cruz.