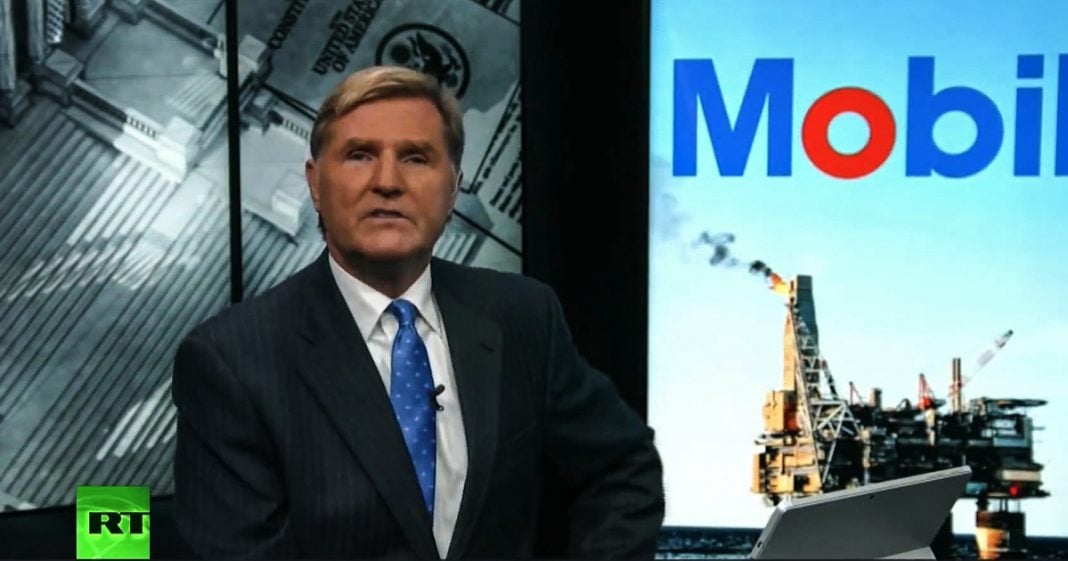 And finally tonight, some good news, New York Attorney General, Barbara Underwood, has filed the lawsuit on behalf of Exxon Mobile shareholders, alleging that the company’s attempts to hide the dangers of climate change have negatively impacted the value of the company and can cause shareholders tons of money. That lawsuit comes after several other suits against Exxon and other oil companies were thrown out, but this lawsuit’s different. Rather than going after the company for contributing to climate change, this suit is seeking damages for the shareholders, who were also lied to about Exxon’s liability cost covering up the threat for decades.

In addition to damages for their duped investors, the suit’s also hoping to require Exxon to fully disclose everything they know about their destruction of our planet, and the role that they played in that process. If it’s successful, this could force other companies to come clean about how much destruction they’ve caused the global environment.