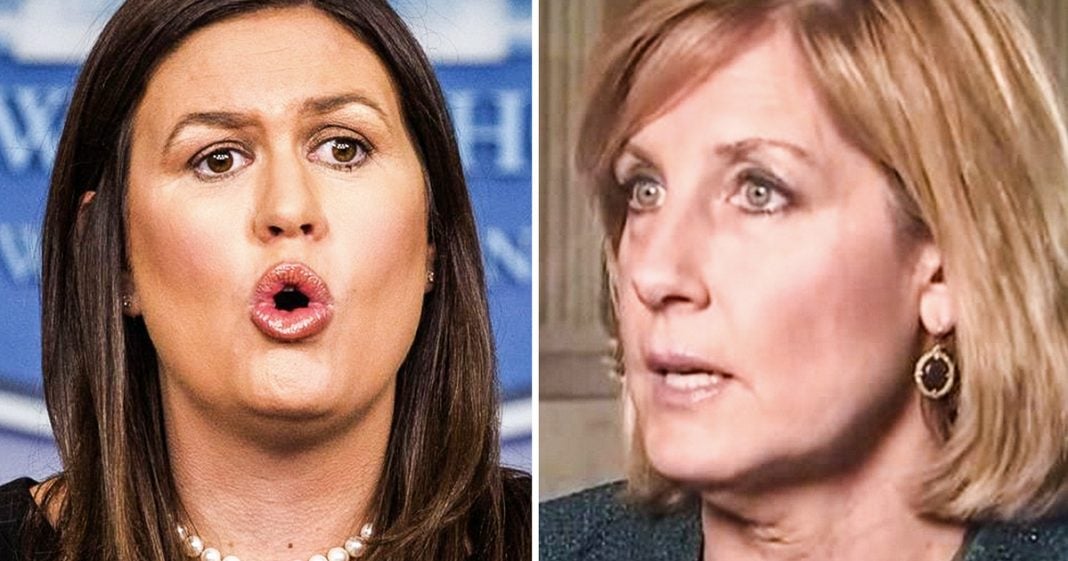 It takes an insane amount of desperation to reach the point where you believe Sarah Huckabee Sanders can save your campaign, but that is exactly what has happened with first-term Congresswoman Claudia Tenney in New York. This past weekend, Tenney held an event featuring Huckabee Sanders, hoping that showing her relationship with the White House will be enough to overcome the strong challenge that she’s facing on Tuesday. Ring of Fire’s Farron Cousins discusses this.

Well, with the midterms tomorrow there are some members of Congress, both on the left and the right, who feel pretty secure about their chances of winning the election. There’s others who feel like they need whatever help they can get to hang onto their seat. One of those people happens to be Congresswoman Claudia Tenney, a first term congresswoman from western New York.

This past weekend, Claudia Tenney was trying to figure out the best way to boost her campaign, as the latest polls showed her, she was actually down against her democratic opponent. She decided to pull out the big guns, and called in Sarah Huckabee Sanders. Claudia Tenney was so desperate for somebody to come help her campaign, that she thought the best person for the job was Sarah Huckabee Sanders.

Now, I can’t imagine, I’ve never run a campaign. I’ve never ran for office. I imagine there’s probably some points of desperation, where you start thinking, “What can we do at this point to possibly help us win? We’re down in the polls. What are we gonna do?” I can’t imagine anyone ever coming up with the idea, and saying, “Got it. Sarah Huckabee Sanders.” That takes a special level of stupid that I didn’t even know was possible. Here’s the thing, Claudia Tenney is exactly the kind of person that Sarah Huckabee Sanders would absolutely support.

After the Parkland shooting, Tenney did an interview where she said, “It’s amazing how much these shooters turn out to be Democrats.” That’s not even true. We know it’s not true. It’s just a thing that she said. She did a email blast earlier this summer, targeting Hillary Clinton and James Comey and Loretta Lynch, and asked her supports, “Donate money to me so we can help lock them up.” This woman is absolutely bonkers. Yes, it makes perfect sense that she would reach out to somebody like Sarah Huckabee Sanders, because the two are one and the same.

Sarah Huckabee Sanders is just as horrible as Claudia Tenney is. When she was talking to reporters during this little event she did with Tenney, she told them that Claudia Tenney is the kind of person that we need in Congress, because she’s gonna vote with Trump. She’s gonna support Trump. She’s gonna stand up to the Democrats. Those are her qualifications, according to Sarah Huckabee Sanders.

We have too many members of Congress who are just like Donald Trump. He is not the first, and he is not gonna be the last. People have been in there spreading conspiracy theories, spreading hatred and bigotry for years before Trump even ran for office. As long as we keep them in, if we don’t get to the polls tomorrow and vote them out, then Trump is gonna become the new normal in Washington, D.C.