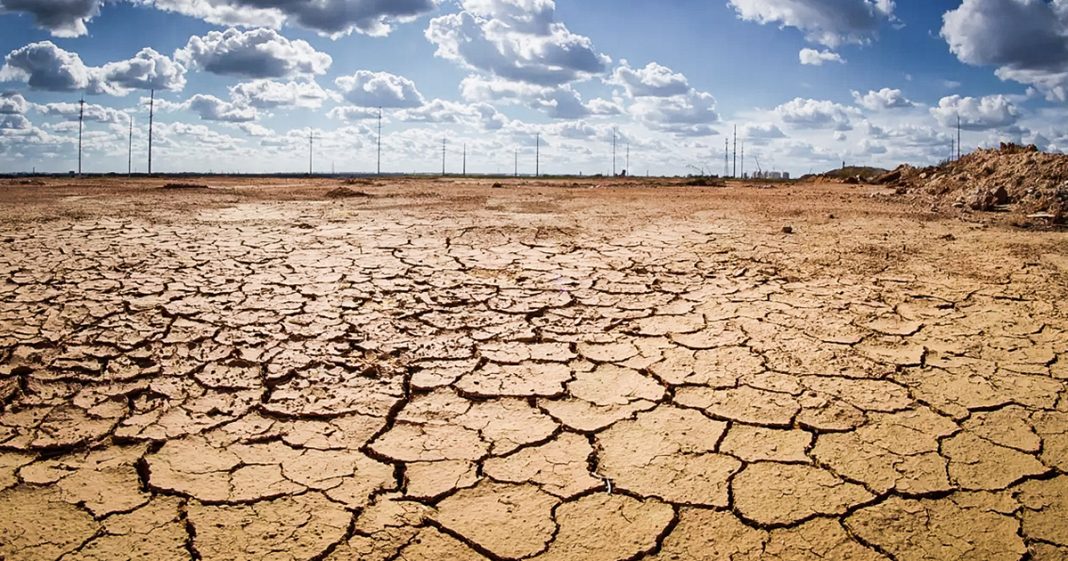 Some Democratic members of Congress want to put climate change legislation and other ideas on the back burner if they are able to retake the House of Representatives in the midterms, creating a small but important rift in the Party before the midterms are even over. Some Democratic members believe that they need to focus on the pragmatic, while others believe now is the time to go bold. Ring of Fire’s Farron Cousins explains what the Democrats need to do if they want the midterm momentum to propel them to more victories in 2020.

One thing that the Democratic Party does I think better than anyone else, is they always somehow snatch victory from the jaws of defeat. Meaning even when it looks like they’re sailing in, about to get a major win, they do something to screw it up and lose it. That is exactly what could happen during tomorrow’s mid-terms. I hope it doesn’t, I don’t think it will, but there’s always that small possibility that it could, and here’s why.

Over the weekend, a new major article came out from The Hill, where they talked to several Democratic members of Congress who say that, you know what, we need to be a little bit more pragmatic for our agenda if we take back the House of Representatives, so major important issues like climate change, we’re probably not going to do anything about that, because it’s not like we’re going to get Republicans and Donald Trump to go along with it, so we’re only going to focus, really, on things that we think we can get passed. They did say, we’ll probably thrown some piecemeal, environmental bones into pieces of legislation here and there hoping it can skate through and nobody will notice, but other than that, we’re not gonna deal with what is actually the biggest threat facing this company and the entire planet, even though we’ve had multiple reports come out recently that say, we don’t act now we’re pretty much screwed at this point.

The Democrats are already saying, well hold up, let’s back up a bit, we know this is important, but yeah we’re probably not gonna tackle this just yet ’cause we can’t get it passed.

Throw out some names here, Representative Gerry Connolly, said that, “The restraints from the Republicans and having a Republican president just too great, so we’re focus more on the pragmatic, the practical and opportunistic.” Nancy Pelosi actually refused to comment on whether or not climate change and the environment is gonna be on their agenda. But then you did have other people. You had Ted Deutch, Earl Blumenauer and several other Democrats, who said absolutely not. We’re not gonna hold back, we’re gonna go full tilt and try to get these things accomplished.

Here’s the thing. Blumenauer, Deutch, that crowd, that way of thinking in the Democratic Party is the correct way to go here. You cannot already, even before the mid-terms are done, pull back on your agenda. Because here’s the thing, Democrats, if you retake the House of Representatives, you’re not getting anything passed. Nothing. There’s nothing you can put forward that is going to be reconciled with a Republican controlled Senate and then signed into law by a Republican president. Nothing you want to do is going to happen, so why hold back? You would be a prime position, heading into 2020, to show the public, look at this. Here’s the legislation we put forward addressing climate change and here’s all the Republicans who voted against it and killed it. Here’s the legislation that we had for Medicare for all, here’s all the Republicans who killed it. Same thing with debt free college, same thing with every bold proposal the Democrats have been talking about during this election.

Go forward with it. Force the Republicans to vote against it, then use that vote for no against them in the 2020 elections. That’s how you win, that’s how you sustain power. That is exactly what Republicans would do if they were in your position. You put forward these bold, big policy proposals that a majority of the public, left, right and center, wants to see put in place and then you go to them in 2020 and say, “Hey, don’t forget your Senator voted against this. Your Congressperson voted against this. They thought this was a dumb idea. So are you going to put them back in office, or do you want to see these pieces of legislation that we’ve already got written up and ready to go, you want to see them thrown into the trash, or do you want to see them become the law of the land?”

Pulling back on anything for the Democratic Party, no matter what it’s chances of success are in the House or Senate is absolutely insane. This is the time. You’re being given a prime opportunity to show the American public that you meant what you said during this election and that you’re going to keep those promises, even if you don’t get a single Republican to support them. If you put it forward and it gets voted down, that becomes your number one talking point for the next election.