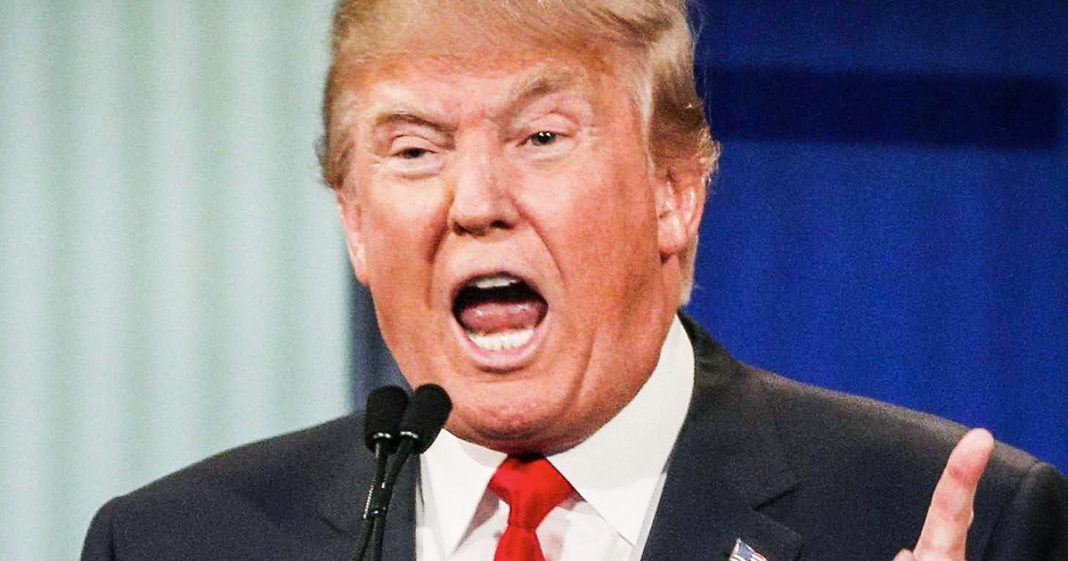 The frequency with which Donald Trump lies to the American public has once again hit the accelerator, and he’s now lied at least 6,420 times in just 649 days as President. This means that he’s on the verge of telling at least 10 lies to the public every single day. At the start of this year, that lie average was just 4.4 per day, but has been steadily increasing as 2018 has progressed. Ring of Fire’s Farron Cousins discusses what’s behind Trump’s increased levels of dishonesty.

According to the Washington Post fact checker, the President has told … Excuse me, 6,420 lies by the 649th day of his presidency. It averages out to just slightly under an even 10 per day. What’s with the increased frequency here? Well, the increased frequency directly corresponds to all of the rallies that Donald Trump has been holding. Many of those rallies, according to Washington Post … You can find the link to the article in the description of this video. They kind of lay it all out there for you. You can go through and track all of the lies and mis-statements, whatever you want to call them, but they’re lies. He sometimes tells 89, 87, 84, 85 lies per rally. Now granted, that number would actually be higher if he didn’t spend half the rally turning around and clapping with the people clapping for him. If he had more time to actually talk, I’m sure the frequency of lies would probably be hitting about 100 every time.

But of course, he’s got to take a few minutes each time to clap for himself because that’s the kind of narcissistic bastard that he is. Nonetheless, these lies have real world consequences and we’ve been seeing those just in the last two weeks. The shooting in Pittsburgh, the shooting in Kroger, the pipe bomb mailer, the MAGA bomber, all of these attacks are directly related to lies being spread by the President of the United States, by the hatred being spread by him. By the anti-immigrant talking points, the anti-Muslim talking points, the anti-semitic talking points that this guy is pushing out on a near constant basis. The more lies he tells, the more violence we see. This isn’t just a, “Oh, Donald Trump’s a horrible liar,” type thing. These lies have real world consequences. These lies have a death toll. This is dangerous for the United States. It’s not just that Trump’s a horrible person who can’t seem to tell the truth, it’s that people are getting killed in this country because the President can’t seem to tell the truth.