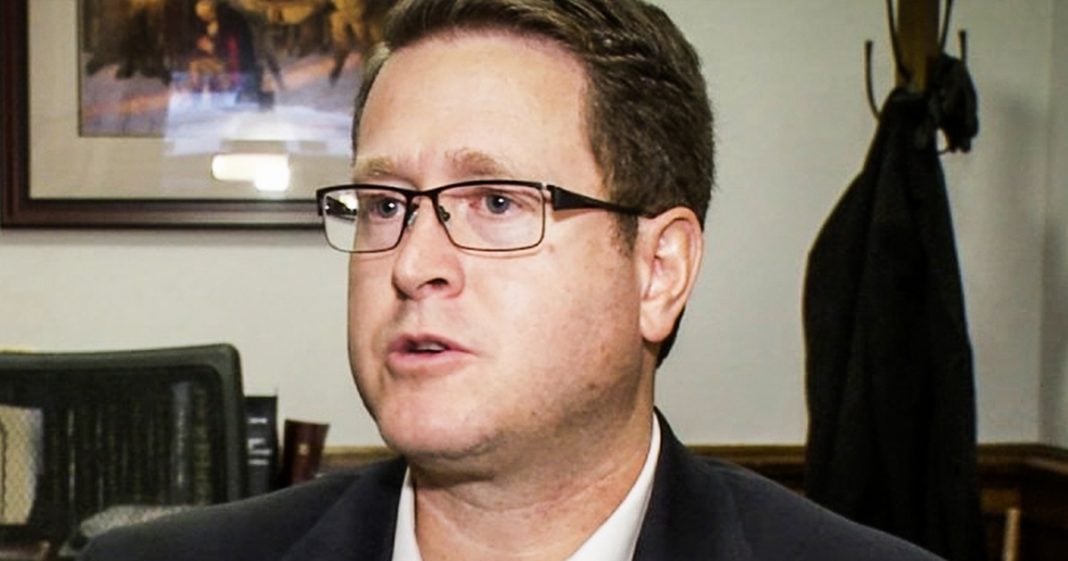 Washington state legislator Matt Shea was forced to admit recently that he had authored a four-page document that serves as a “Biblical Basis For War” that calls for murder of those who disagree with his group’s core beliefs. Shea has also called for the state of Washington to be split up in order to form a new state called “Liberty.” Ring of Fire’s Farron Cousins discusses the mental illness that is apparently rampant in the Republican Party.

You know, when you think about the crazies within the Republican party, you probably think about what’s happening in the White House or even what’s happening over on Fox News but the reality is that there are crazy Republicans all over this country. And in fact, bout as far away as you can get from Washington DC, up in Washington state, while still staying in the contiguous 48 here, you’ll find one of the craziest Republicans that I think I’ve ever had to report on and that is a man by the name of Matt Shea.

You see, Matt Shea is actually the author, possibly just the coauthor a document called, A Biblical Basis For War. Now Matt Shay has admitted, he admitted within the last week that, “Yes I wrote this Biblical Basis For War, what’s the big deal?” Well here’s the big deal Mr. Shea who is a four term Republican congressman in Washington state, you call for absolute end to abortion and end to homosexuality an end to communism in the United States, which isn’t really even a thing anyway. But then, you’re not just calling for the end of things like that, you’re saying, “If they do not yield, kill all males.” If they do not yield, kill all males.

Mr. Shea, again four term Republican congressman in Washington state, believes that if we cannot get rid of abortion or communism or homosexuality, if they do not adopt his pure Christian lifestyle, we’re going to straight up murder them. That is what Matt Shea wrote in his manifesto. Now Matt Shea says that this wasn’t what he was calling for people to start doing. This was just kind of a biblical study type thing. This is what the Bible says, I’m just kind of saying it in here. This isn’t a call to action. It’s not actually a manifesto.

But that didn’t stop the Spokane sheriff from actually sending it to the FBI and saying, “Please investigate this guy because I believe that he is a threat to the population.” Not only did this dude write this manifesto calling for murder based on his alleged Christian values, he also happened to spend a little bit time with that militia that overtook that wildlife refugee up in Washington not that long ago. This man is a threat. This man is dangerous and this man is mentally unstable. This just goes to show you, there is a lot of Republican craziness and Republican madness coming out of Washington DC but it is certainly not exclusive to what’s happening in DC. You can find crazy Republicans all over this country but I challenge you to try to find someone crazier than Matt Shea up in Washington state.