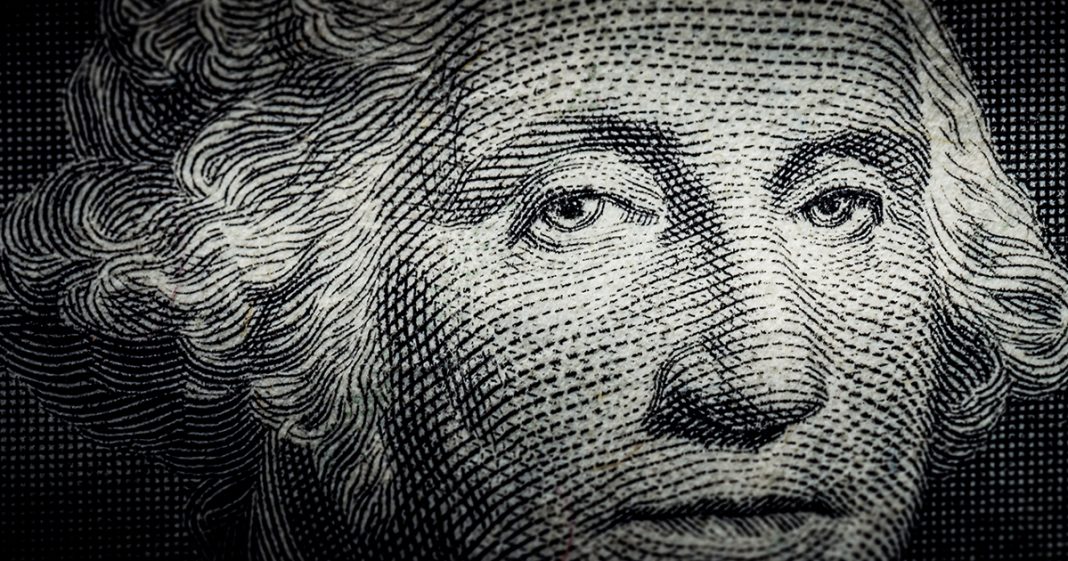 We’re not far away from the midterm elections, but as this campaign season winds down, we have to talk about the massive amounts of money that have been spent on races. Whether it is dark money, individual donations, or corporate money, the amount spent on these races could have done a lot of good in this country but instead was spent on attack ads, mailers, and robocalls. We have to rethink this system – We can’t spend $5 billion on every election in this country, as Ring of Fire’s Farron Cousins explains.

Well, with really just a few more days until the midterms, we are faced with a staggering reality here in the United States. That is that these midterm elections are now the most expensive midterms in the history of the United States with a projected cost, by the end of the midterms, you know, few days away, it’s going to be over $5.2 billion that were spent on races this year.

Now, I know what a lot of people are thinking, and we’ve seen this talk on social media. They say, “Well, yeah. A lot of individual donors have stepped forward, and they’re giving a ton of money. Everything is great and wonderful.” That’s not true. Yeah, small-time donors have given a lot. They’ve given a lot more than ever at this point for a midterm, but that doesn’t even come close, that doesn’t even make a dent in the amount of money flowing into races, both Democrat and Republican, from dark money sources, super PAC sources, and direct from corporation contributions.

Here’s the number. 16% of contributions to Democrats come from individuals that total less than $200. 16%. 8% going to Republicans comes from people giving less than $200. Everything above that is coming from these massive lobbying groups, these corporate groups, these super PACs, all kinds of dark money. A lot of it in many of the highly contested races, Georgia, Florida, Texas, outside money, money coming from outside the state is actually outpacing money from inside the state.

No, most of that is not coming from individual donors sending Andrew Gillum a check from the state of Michigan. It’s coming from corporations and right-wing organizations. Yes, there are some left-wing organizations sending money to these races as well. Down here in Florida we’ve seen VoteVets come in and attack Rick Scott. They run some great ads, and I have no problem with that.

We’ve seen healthcare … Excuse me, educators, teacher’s organizations spending lots of money to elect pro-education candidates, most of that going to Democrats. Fossil fuel companies have actually given the same amount they’ve always given. They’re not increasing at all.

You know the NRA, they’re just going to get what they always get. We have got to do something about the funding of our elections here in the United States. I don’t want to degrade, by any means, the money coming from the individual donors, or from the teacher’s organizations. They do phenomenal work. They need more pay. They need more respect. They need more funding. So do not take this as an attack on them whatsoever.

The point is this. We have a very real problem with money influencing our politics. We do, whether it’s left or right. We can’t just be mad at the money on the right and not say anything about it on the left, because we still do have securities firms, big banks that are pouring a ton of money into Democrats this year as well. It’s not all good-hearted, well-intentioned people like the teacher’s organizations or like VoteVets. There’s a lot of really bad players out there that give so much money that these good organizations get drowned out.

We have to put an end to it. We have to get rid of Citizens United. We have to put a very firm cap on how much money any person, any group, or any company can give to a candidate. That should be capped at 200 bucks a piece. No more than 200 bucks, whether you’re the guy living down the street from you or whether you’re Exxon-Mobile. That’s your limit. We should have public funding of elections to match whatever is raised, as long as it’s equal between the two candidates running for that particular election.

We are spending so much money on this crap, and we’ve got to tone it down. The best way to do that is to limit the amount of money people can give, overturn Citizens United, and come up with a fund that’s going to help pay for these elections and my other plan, make networks, TV networks, donate equal time to both candidates to run their ads. Everyone gets five slots a week. There you have it.

That is one very simple, very easy, very quick way to fix elections, but we cannot continue to spend $5 billion every two years on elections. Most of that is coming from massive corporations who pay their employees slave wages, and who want to continue to do so. So they’re actually going to spend more money on an election than they would have to spend if they just gave everybody a raise. That’s what’s so messed up about this entire system.