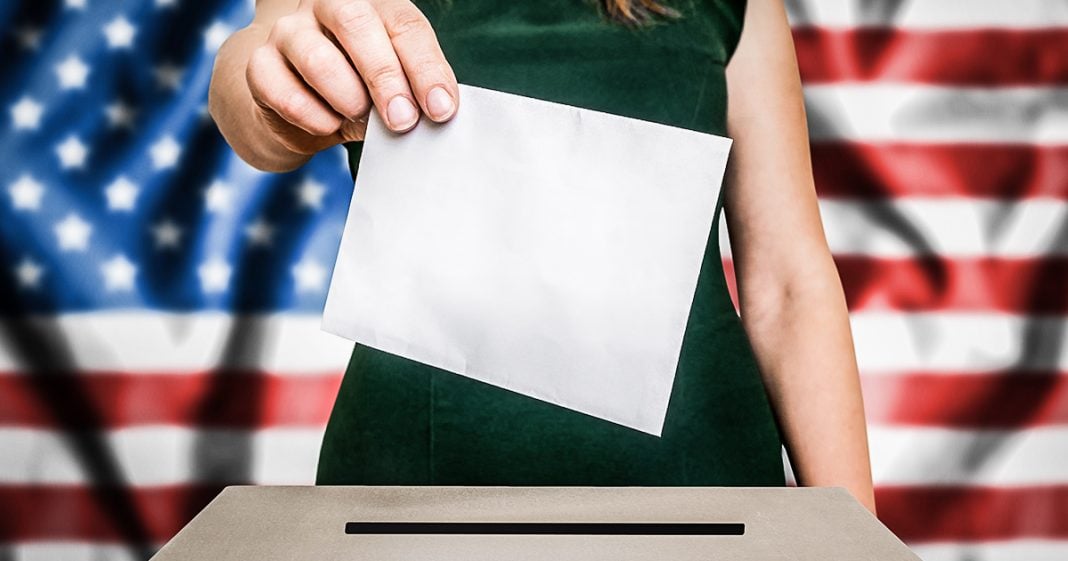 Democrats running for election in some of the reddist states in the country have gotten an unexpected surge in support in the final days before the midterm elections. Whether or not these surges in poll numbers are going to translate to victory won’t be known until Tuesday evening at the earliest, but it is certainly a sign that voters are moving in that direction. Ring of Fire’s Farron Cousins discusses this.

Well, here we are, folks. At this point, we are now just a few days away from what may be the most consequential midterm elections of our lifetimes. And, with a few days left to go, Democratic candidates in solidly red states have actually seen a bump in the polls, giving a little bit more hope to be fact that Democrats might actually win back the Senate.

Now, the House of Representatives, at this point, is the Democrats to lose. And that’s mostly speaking just from historical comparisons. It is likely, based on history alone, that the Democrats would be the ones to win the House of Representatives. But the Senate has been more of a tossup. After all, the Democrats have more people up for reelection than the Republicans. So, it’s more difficult for them to take back the Senate when they actually have to defend more seats than they get to challenge.

But nonetheless, in several very tight races in Arizona and Texas, Democrats in this last less than a week now before the election, have seen massive bumps to their poll numbers. In fact in Arizona, the Democrat has now actually taken the lead. The poll numbers flipped from where they were just a couple weeks ago. And in the state of Texas, the polling averages show Beto O’Rourke with five points of Republican Ted Cruz.

Now, I believe that 538 only gives the Democrat, I think, less than a 10% chance of taking back the Senate. And I think 10% might be a little generous. Republicans are still actually favored to win those two elections, Arizona and Texas. But what we’re seeing with the way these races have been close in areas where they should not have been closed, these should have been blowout elections by both Republicans, especially Ted Cruz. All right, this is a guy who actually is fairly liked by Republicans, some of them, at least down in Texas. The rest of the world, not so much. But this should have been a blowout for him. And instead, he’s fighting for his life right now.

So, even if these Republicans win, it is not a defeat for the Democratic Party or for Democratic Progressive ideals. And that needs to be the big take away. And I’m not trying to go ahead and give a concession speech because I think we’re gonna lose the Senate. I would love to see us do that. But I also don’t want to see people walking around dejected, thinking that we just lost big time, and we got another six years of Cruz and these other idiots, or that, “Oh, there’s nothing we can do to stop Donald Trump now.” That’s not true.

The amount of people that we have seen energized, mobilized, and even early voting so far in these midterms has been spectacular. We need to increase voter turnout, not just this year, but every year. We have to get to those 70, 80, 90% numbers of voter turnout here in the United States. And if we keep up the energy, if we keep up the mobilization and the get out the vote efforts, and the efforts to fight back against voter suppression, we can do it. We can push Progressive ideals. And it may not happen in this election, but it could happen in the next one, or the next one. But if we stop pushing, if we stop fighting, if we feel too defeated to get back up on Wednesday morning, then Republicans definitely did win. But if we get back up and we don’t stop fighting for a second, then even though they retained those seats, it’s still a major win for Progressives.