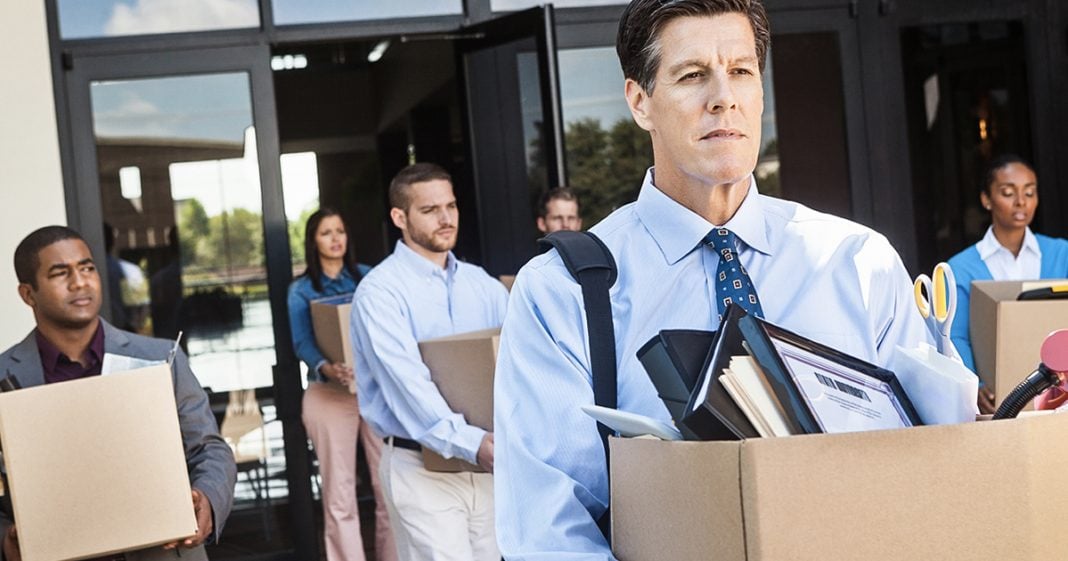 While the administration continues to tout the strong economy and numbers from the Labor Department seem to support their story, the truth is a little more complex than that. Corporations right now are preparing for thousands of new layoffs, and some, including automaker GM, have been offering salaried staffers buyout packages in order to get them to leave on their instead of being fired. Ring of Fire’s Farron Cousins takes a look at the REAL economy that doesn’t seem to be working for average Americans.

One of the biggest talking points we’ve seen coming of Republicans as we get closer and closer to the midterms, now just a couple of days away, is that if you vote for Democrats, it’s going to tank the economy. Republicans have done a phenomenal job creating jobs, keeping the economy booming, corporations are pulling in record profits, big banks are actually making more money than ever, and if we elect Democrats, all of that goes away.

Now, of course, those talking points ignore the fact that this economic boom actually started under the Obama administration and he’s basically the reason it’s as good as it is today. Some of it is obviously Trump’s economy. You got to give him that.

In fact, last month, October, data just came out this morning from the Labor Department. In October, we had a 250,000 new jobs record high right there for this administration. Wages went slightly up. the economy, technically, according to Labor Department, Republicans, and all available statistics, is doing its best since it has since 2009.

But here’s the problem. Those statistics don’t dig any deeper than just counting who has a job and who doesn’t have a job. The number of people who do not have a job is about to get much, much higher. Major corporations in the United States have announced recently that they are going to be laying off thousands upon thousands of workers in the very near future. Ironically, these companies have also posted record profits this year, and that’s still not enough to save the jobs of thousands of American workers. These are good jobs.

GM, the largest automaker in the United States for example, is offering 18,000 employees a buyout, which means they’re voluntarily going up to 18,000 employees saying, “Listen, if you agree to leave,” and these are only applied to people who’ve been there for over 12 years and are working salary, “if you agree to leave, quit your job right now, we’ll give you X amount of money.” They’re trying to buy off people to get them to quit. Because, if not, eventually they’re going to be laid off. Then that looks bad on the company. They just had 18,000 layoffs as opposed to, wow, 18,000 people were given a severance and they agreed to leave and go find employment elsewhere. If you get laid off, you qualify for uninsurance. Uninsurance. Sorry. Unemployment benefits.

So, the companies are trying to save face. They’re trying to make everything look like it’s okay. But deep down, they’re trying to cut workers and that’s not being counted in this so-called economic recovery, not to mention the fact that wages for average American workers have actually fallen. We make less today than we did 10 years ago. Those numbers aren’t being properly counted because when you factor in the wages of the top 1% that have reached a record high, they’re now pulling in over $700,000 a year on average, so yeah, that’s going to average out to a wage increase, even though it only goes to the top 1%. But that’s something the statistics don’t tell you. You have to dig a little deeper.