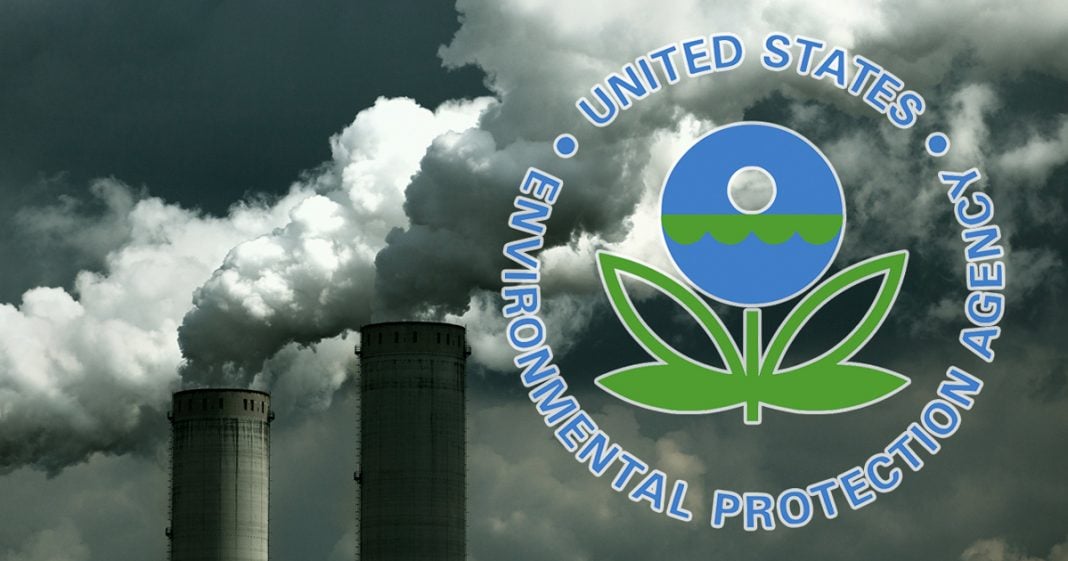 A new report has revealed that the US Environmental Protection Agency has officially purged their climate change websites, making it impossible for Americans to get information about the growing threat without seeking outside help. This is a move that the Trump administration promised us was going to happen, but it is still quite a shock to see them engage in this level of climate denial. Ring of Fire’s Farron Cousins discusses this.

According to new reports and very cursory internet searches, the EPA has officially removed their websites from their official website talking about climate change. Now, this is not a surprising move. We knew back in April of 2017 that the EPA had issued this memo saying they were gonna, you know, tailor their websites to fit a little bit more in line with the new direction of the agency under Scott Pruitt. Pruitt may not be there any more, but the anti-science mentality that he and Donald Trump brought to this administration is alive and well in today’s EPA. And we see that because now we can’t see websites related to climate change from the US government.

Now, this administration has taken a very unique approach to climate change. You know, we had the Bush administration, who most people don’t even realize, they weren’t outright climate change deniers. They said, “Yeah, it appears to be warming. We’re not quite sure of what the cause is.” They were deniers in that regard, but at least they acknowledged that yeah, things seem to be getting worse. And towards the end of his administration, they actually acknowledged that human beings were causing the problem. So, even somebody as anti-science and as dumb at George W. Bush, at least understood that this was a very real problem and we were making it worse, they just didn’t care.

But this administration has to understand something here. We’ve been given reports, several of them in just the last two months, showing that we are running out of time. If we do not reverse course, if we do not cut down on our emissions, we are going to hit a point of no return likely within the next 12 years, if not definitely within the next 22 years. At that point, it’s all about mitigation instead of prevention. We have to adapt to the change in climate instead of trying to prevent the change in climate.

And at that point, catastrophe would have already happened. Massive droughts, massive floods, wildfires, hurricanes, extinction events. Those are the kinds of things that are right on the horizon. And this administration’s response to it has been to cover it up, delete it, quite literally, and prevent the American public from knowing and understanding what is actually happening in the world today.

And more importantly, prevent people from seeing whether or not our government was even taking it seriously. But as we can see from the fact that they’ve deleted all of these websites, we know they’re not taking it seriously. We know they don’t believe in the science, we know that they’ve been purging scientists from the EPA. They’ve been replacing them with industry hacks, people from the chemical industry, the oil industry, all the industries that are polluting and destroying our planet, they are now the ones calling the shots. And it’s likely that they also played a role in convincing the administration to delete everything they had about the threats of climate change.