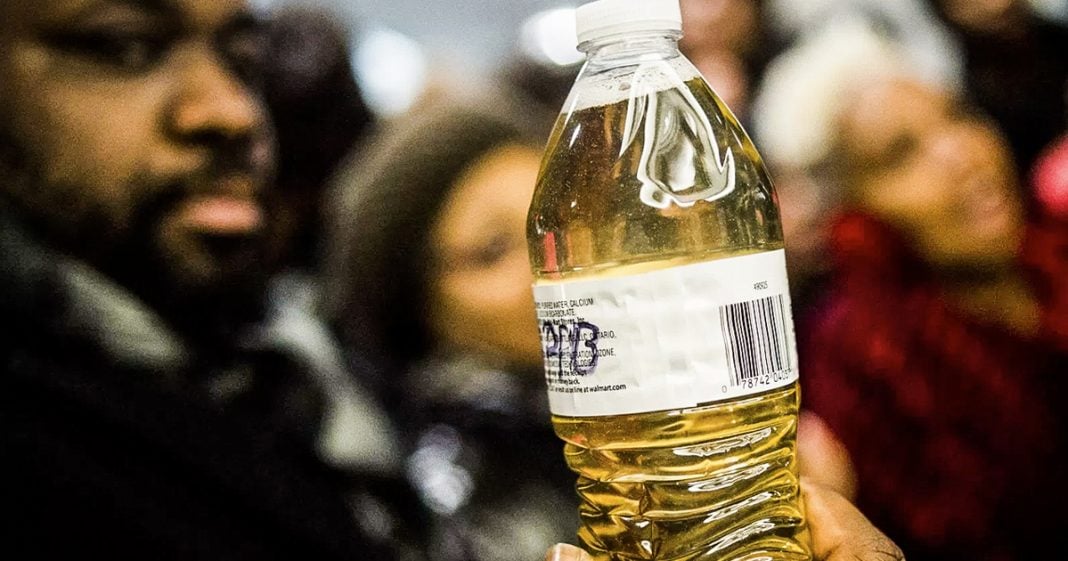 According to a new report by Jordan Chariton, officials in Flint, Michigan routinely broke the rules in order to pass EPA inspections for their water quality. They managed to do this by having the sample-takers “flush” the lines of residences where they were testing the water in order to cut down on the amount of lead and other contaminants that would be present in the “first draw” samples. Ring of Fire’s Farron Cousins discusses this.

In April of this year, Republican Michigan Governor Rick Snyder declared proudly that the water in Flint was once again restored and safe for human consumption. We found out this week, thanks to a report by Jordan Chariton published on Medium that none of that is actually true. And the reason officials in that city were able to convince the EPA to give them the go ahead with their water is because city officials cheated in order to trick the regulators into thinking that the water was clean. Here’s what happened in a nutshell. Officials were trained and told to go out there and flush the lines on a house or a community or any building that was about to be tested, and what that means was they would do something as simple as going in there and running the water through the taps for a few minutes.

When water’s allowed to sit in there, that’s when everything builds up, and that’s what is supposed to be tested under EPA rules. It’s called, “First draw” which means when you first turn on that tap and that water comes out, that’s what’s supposed to be tested to find how many sediments, how much lead, how many other contaminants are sitting in that water at any given time. After the water’s been running and allowed to flush that line a little, you’re obviously going to come back with fewer contaminants and that is exactly what officials in the city of Flint and the state of Michigan did.

By cheating, by breaking the rules, they got the EPA to give the “All Clear” signal, so since April, people in Flint have been drinking this water again, and we have no idea how contaminated it still is. All we know is that they cheated in order to get the levels low enough so that they would pass the EPA’s inspection. The people in Flint, Michigan still do not have clean drinking water. They are still being poisoned, not just by the water at this point, but by bad Republican controlled government.

Because this is what happens under Republican government and this is what I’ve been saying for years since this crisis first emerged. You look back at the history of how this happened. It was Republicans trying to cut money, trying to save money wherever they could, and they found out they could save money by switching the people in Flint over to the Flint river instead of Lake Huron, and they actually paid the guy who came up with that plan, a consultant, I good friend of Rick Snyder I believe. They paid him more to come up with that idea then they saved from switching the water over.

So they ended up losing money because they’re so horrible, but they wanted to repay their friends and people are dying. People have died from this. I mean I hope that’s something everybody understands, ’cause it’s not just the lead. There’s also legionella bacteria in there, which can be fatal and people have died. One Flint official has gone to jail already. But after hearing this new story about how they swindled the EPA and cheated on these tests, more people need to go to jail, and it needs to start with Republican Governor Rick Snyder. These people need to be in prison. They have poisoned thousands upon thousands of people in the city of Flint, Michigan, and they have shown zero remorse for any of it. These are absolute sociopaths running the government in Michigan, and they do not care about human life, all they care about are poll numbers, approval ratings, and campaign fundraisers. They need to be punished, and the only way to do that is to take them to court, get some convictions, and throw them in prison.