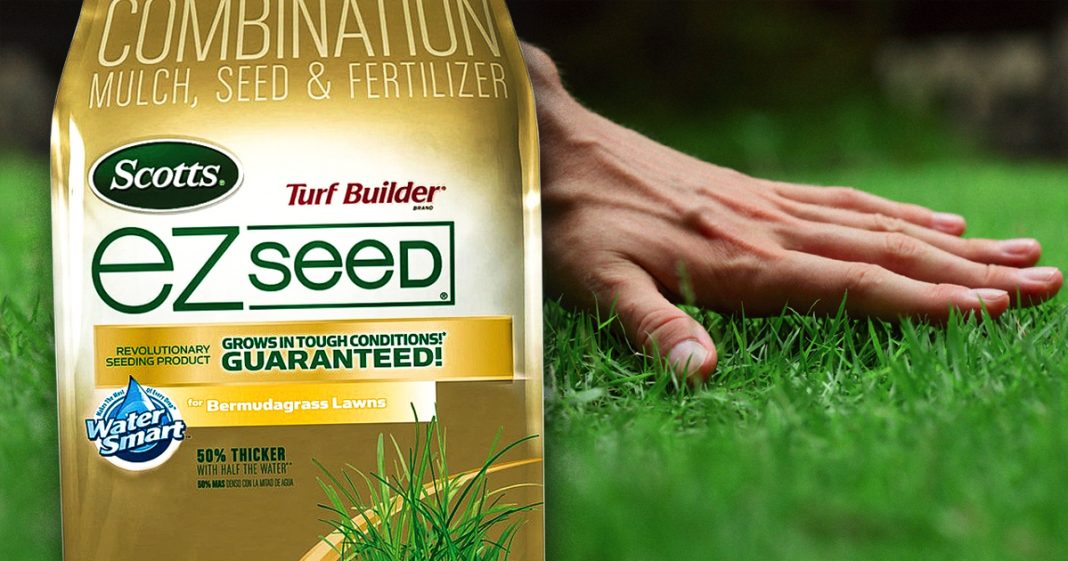 Lawn care has become a big business in the United States, with billions of dollars being spent each year by residents hoping to improve the quality of their lawn. But not all of the products they purchase are what they seem. The Scotts Miracle-Gro Company makes false claims about the efficiency and water requirements of its Turf Builder EZ Seed product in violation of Pennsylvania state law, a recent class action lawsuit claims. Ring of Fire’s Farron Cousins discusses this with Scott Hardy from Top Class Actions.

Farron Cousins: Each year American citizens spend billions of dollars combined to try to make their lawns look a little better. It’s estimated that each American citizen on average is spending a little over $90 per year on lawn maintenance, lawn care products. Unfortunately, a lot of those lawn care products that we’re buying at our local hardware store each week they may be completely useless, or at least that’s what a new class action lawsuit claims. Joining me now to talk about this is Scott Hardy from topclassactions.com. Scott, we’ve got a big issue right now with actually Scotts Turf Builder. If you’ve ever watched any kind of sports game I’m sure you’ve seen a commercial for Scotts Turf Builder. It’s kind of their target audience right there. They tell us that this product works, 50% less water. Basically, you can put it in your lawn, put it in a dead spot, a spot where you’re having trouble growing things; you can barely pay attention to it and it’s gonna fill in your lawn. But, tests are showing us that that’s not happening at all is it?

Scott Hardy: No, not at all. In fact, I actually bought this product, saw it at a local hardware store. I had a little brown patch in my lawn and I said, “Man, this is ideal. It’s got the fertilizer, it’s got the mulch, it’s got the seed. It looks like I just got to pour it on this brown spot, water it, and we should be in good shape, and boom I’ve got awesome grass again.” I can tell you from experience it didn’t work for me, and as you mentioned from these scientific studies that have now been utilized to test before they filed this class action, they found out when you said, “Oh, well I can just put this seed down there and it actually only takes half as much water to make it work.” Well, if you use half as much water you’re guaranteed it won’t work at all, and so these claims are completely unfounded, but they’re making people like me, and a whole lot of other people around the country spend money on it thinking that it’s gonna be some magic cure all for our lawn.

Farron Cousins: Right. See, that’s the issue here is that these companies like Scotts, from Miracle Grow, that puts this out there, basically it’s false advertising. It’s deceiving the consumer, the person buying this product, saying “You can put this down and if you use it as directed it’s going to do this,” but the studies have been conducted saying that if you use it as directed you’re basically buying garbage that’s going to do nothing for you. That’s where the problem comes in. It’s not that, “Oh, I bought this turf builder and my grass still isn’t growing.” No, it’s, “I bought the Turf Builder, I followed your instructions to the T, and I got nothing out of it.” That’s where we’re always gonna run into issues when these companies are out there telling us to do a certain thing knowing that that’s not going to work, and probably what it does most of the time is it encourages people, “Well, maybe I didn’t have enough out there. Maybe I need to go buy a second bag of this stuff. Maybe I need to go buy more fertilizer.” It results in more spending on behalf of the consumer here.

Scott Hardy: Exactly. You know, I bought this stuff … When you see these false advertising class actions filed all the time for these misleading claims that are put out there, and I followed the instructions to a T. I got out there with the rake and I was sitting there raking out this brown spot in my lawn, made sure it was watered, put out the seed, the mulch, everything was in there, put in there perfectly, watered it again. I actually watered it extra, because I thought, “Oh, the half water thing, no way, that’s probably not gonna work,” and it still didn’t work. We want to make sure that these class actions that are being filed against these companies that are making these misleading claims that we’re holding them accountable.

There was a similar class action settlement for similar claims regarding the seeds that actually netted people up to $70 or $90 back per claim. We’re hoping we’re gonna see some good returns back for people that were impacted by this specific class action settlement to get them some of that money back when they’re buying a product like I did that just didn’t work, even though we used it as we were told to on the actual package.

Farron Cousins: I know there’s probably some people out there who may think, “Well, this is a frivolous lawsuit. Yeah, you bought some grass seeds and they didn’t germinate.” But, no, the problem is that companies continuously think they can get away with making these lofty promises, with telling us a product’s going to do X, Y, or Z and then it won’t deliver, but they knew it wouldn’t deliver. They had their test telling us it wasn’t gonna do the right thing, it wasn’t gonna give us what we expected no matter what we did, if we followed their instructions or if we went the extra mile, nothing we did would make this product work. That’s what these class actions are about. It’s not just about getting people back the money and the compensation for the time that they lost, it’s about holding corporations accountable and, hopefully, preventing this kind of behavior in the future, isn’t it?

Scott Hardy: Exactly. We want to make sure that companies are held accountable for making claims that simply aren’t true. So, if I buy your product and you’re promising me that this product does something, I want it to actually do it. If it doesn’t then these class actions are filed to make these companies change the way they are marketing these products. This is going to change. Any settlement we see from this product will not only put some money back in consumer’s pockets but it will also make Scotts Miracle Grow change how they’re marketing their product and change how they’re selling it so that way we aren’t duped into buying a product that just doesn’t work.

Farron Cousins: Right. We could have spent our time, and our money, on something different, maybe something better, but either way spent it on something that wasn’t going to just cost us time and money, maybe something next time that would actually work. Scott Hardy, thank you for telling us this story. We’ve got more information available on it on Top Class Actions, a link to which is in the description of this video. Thanks for talking to us today, Scott.

Scott Hardy: Thank you, Farron. I appreciate it.