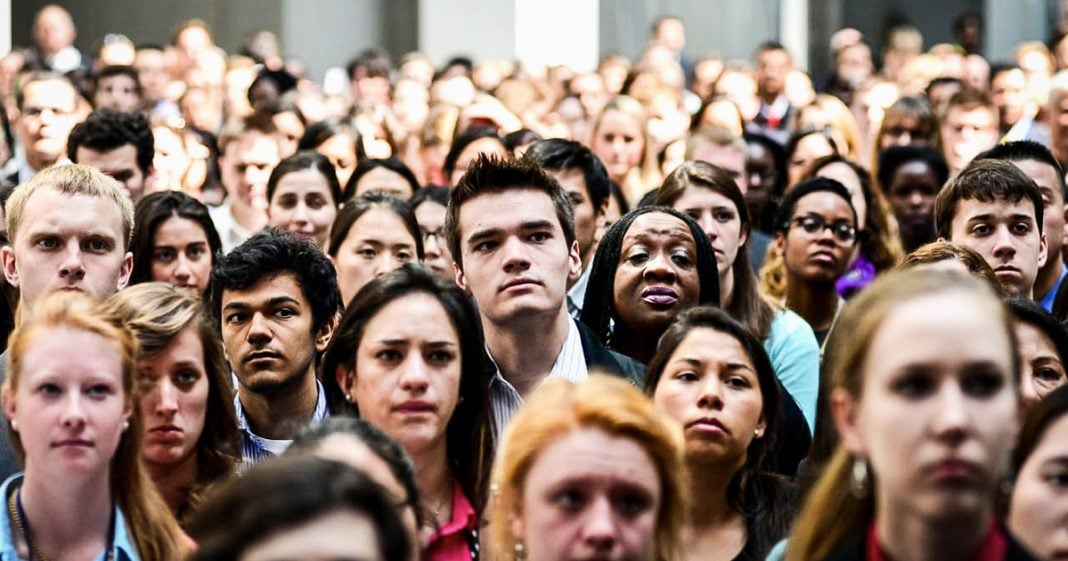 In an inspiring bit of news, youth voting in both Texas and Georgia has increased by 500%, with participation among African Americans and Hispanics both increasing by over 100% in both states. These numbers are very promising, and could signal a major sea change on the horizon, especially since reports say most of these people are on the Democratic side. Ring of Fire’s Farron Cousins discusses this.

In a rare bit of actually good news to report, new reports are coming in showing us that early voting in a lot of very tight states across the country among youth 18 to 29, early voting has increased in some areas by more than 500%. That’s just among that millennial age group, 18 to 29, a group that mostly, pretty heavily actually, leans Democratic.

But that’s not all. Here are some of the specific numbers here. In Texas, youth voter turnout is currently up 508% in early voting and vote by mail. African American and Hispanic, which are also both traditionally Democratic constituencies, those vote rates have more than doubled just in the state of Texas. In Georgia, where we’ve seen all the voter suppression, very tight race between Democrat Stacey Abrams and Republican horrible human being Brian Kemp, early voting between 1928 is up 476%. African American early voting is up 165%, and Hispanic turnout in Georgia in early voting so far is up 571%.

Those are just two of the states with the tightest races at the moment. In Georgia, Abrams versus Kemp, in Texas, Beto O’Rourke versus Ted Cruz. These early voting numbers, this massive surge that absolutely dwarfs what happened in the 2014 midterms, is a huge … a positive sign for the Democratic party.

Now, these studies do say we don’t know which way these people voted, but we do know that historically every single one of these groups leans heavily Democratic. Republicans are the ones at a disadvantage here when more people show up to vote. Hence the reason they’re the ones responsible for 99% of the voter suppression taking place in the United States today, especially in places like Georgia and Texas, because they don’t want them to show up, because they know if they don’t show up, it’s going to be an easy victory for Republicans. If they do come out and vote, well, going to be tougher for Republicans to win those areas.

But it’s not just Texas and Georgia. Pennsylvania, Nevada, Florida, and Arizona, all states with very close races between Republicans and Democrats, very consequential races too. Down here in the state of Florida, the governor’s race is huge between a Trump acolyte Ron DeSantis and a progressive icon, Andrew Gillam. Right now Gillam’s up by I believe about six or seven points. We also have Democratic Senator Bill Nelson against former corrupt Governor Rick Scott. Nelson’s up by about four or five points as well.

These early voting numbers are huge. Even if, and I’ve said this before, but even if we do not get the results that we want out of this, hopefully it will have created lifelong voters out of these extra 500% that showed up to vote, because if these people continue participating, if they do not get disillusioned, and if they stay active and involved, it may not happen this cycle, but I can promise you we won’t be too far off from a new era of actually good government.