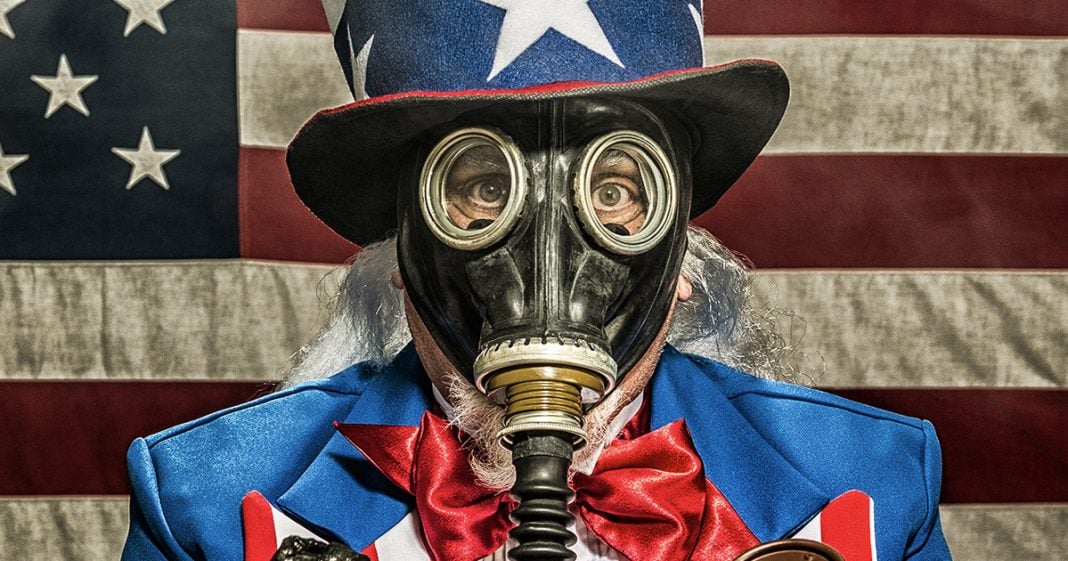 The EPA under Donald Trump has consistently sided with industry over the health and safety of both citizens and the environment, and their latest move is absolutely no different. The EPA is considering a rule that would prevent factory farms from having to disclose to nearby residents what kinds of toxic emissions they are breathing in, and instead can classify these toxins as “normal odors.” Ring of Fire’s Farron Cousins explains what’s happening.

Once again the Trump Administration was given the opportunity to side with people over corporations and once again this administration, this time through their EPA, proved that they will do nothing to protect the health and safety of American citizens. This particular new rule is from the EPA and it is in regards to factory farms. See, right now, there’s a rule in place that actually says that factory farms whenever you emit these horrible toxins into the atmosphere, toxins that have been known to be fatal, by the way, you have to alert the surrounding areas. You have to alert your workers. You have to tell everybody that you just spewed a bunch of potentially fatal toxins into the atmosphere and it’s severely going to affect neighboring communities.

Late last week, Andrew Wheeler, the acting head of the EPA, signed a new rule that actually does away with that, which means that from now on any time these factory farms release these horrible toxins into the air and into the local communities, they don’t have to report it anymore. They don’t have to tell anybody. The people in those communities are now going to walk around breathing in these toxins because according the industry itself, they’re actually just what they call normal odors. That’s what the EPA is going with. This is the normal odor rule. Yeah, you walk outside your house. You might be five miles from a factory farm and say “Wow. The air is burning my lungs.”

Because that’s what these toxins do, especially the hydrogen sulfide that gets released by them. The EPA says “No. No. No, those are just normal odors of living near a factory farm. That burning you feel in your lungs, that’s just freedom trying to get out because you live in America.” People are going to die. People are going to die. Factory farm workers have already dropped dead on the job from exposure to excessive levels of hydrogen sulfide, which is what comes out of factory farms, among many other things. Let me read you the list how dangerous these toxins are. This is from Think Progress. You can find a link to it in the description of this video here. These toxins emissions can be fatal. One study found that 19 workers were killed from hydrogen sulfide released during manure agitation.

Chronic exposures to lower levels of these pollutants are also associated with a long list of health impacts, including headaches, respiratory irritation, and nausea. At low levels, ammonia and hydrogen sulfide, ammonia is an other thing that gets released by these, can irritate the eyes, nose, and throat. Prolonged exposure to ammonia can burn lung tissue and the long term effects of hydrogen sulfide exposure include memory loss, poor motor function, and decreased attention span. That’s what the people who live near factory farms are now going to be dealing with on a regular basis and the worse part is, according to this new rule from Donald Trump’s EPA, the farms don’t even have to tell them when they’re breathing in their factory farm toxins.