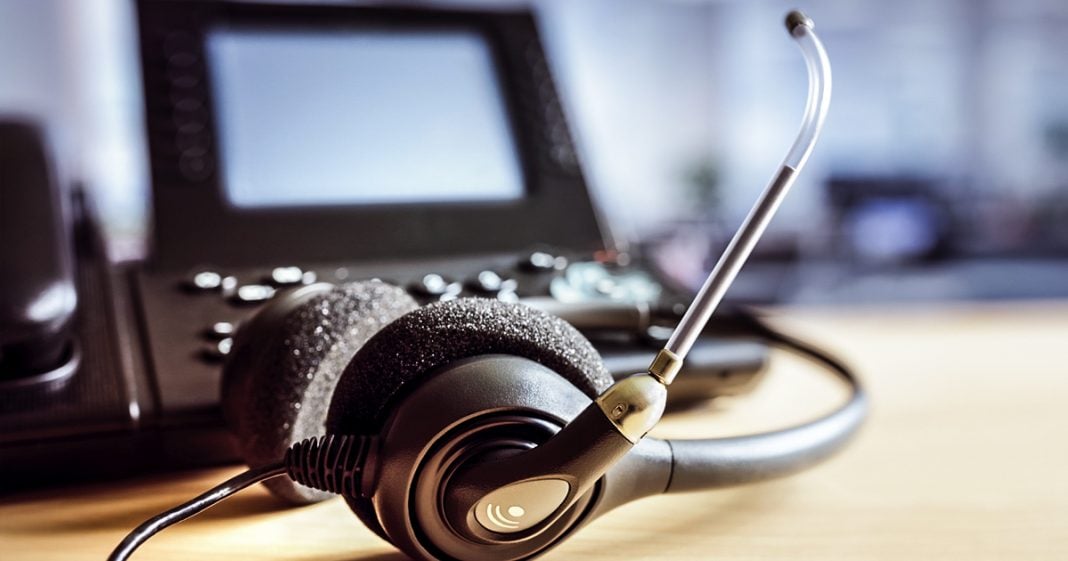 Few things can be more annoying than receiving relentless telephone calls and text messages from telemarketers, and in many instances, companies are selling your data to third parties whose job it is to robocall as many people as possible. Luckily, there is relief for those who have been besieged by telemarketers, and Ring of Fire’s Farron Cousins talks about this issue with Scott Hardy from Top Class Actions.

Farron Cousins: There are few things in life more just irritating than getting massive robocalls constantly or those unwanted corporate text messages because you may or may not have accidentally opted into to them, or, as is the case most of the time, a company just got a hold of your cell phone number and decided to add you to a list, or sell it to another company who is going to add you to their list, and so on and so forth. These calls can be irritating, they can be annoying, but more importantly, they can also be illegal.

Joining me now to talk about this is Scott Hardy from Top Class Actions. Scott, recently there was actually a settlement with Jenny Craig. They were doing these robocalls and text messages, basically annoying people at any possible opportunity, but doing so was actually a violation of the law. Tell us what happened with this Jenny Craig text message class action that happened here.

Scott Hardy: Absolutely yeah, the Jenny Craig class action settlement alleges that Jenny Craig violated the TCPA Act, the Telephone Consumer Protection Act. And this is what is supposed to protect us, the consumers from getting blasted on our cell phones via text messages, via phone calls from marketers. Now of course, there are lots of shady people still doing this, and we see lots of class actions. And the interesting thing is that if someone is found guilty, if a business is found guilty of violated the TCPA law, then they could be held liable for up to $515 per violation. So these are big dollar violations, which is why when a company is caught, we typically see these settled fairly quickly as in this $3 million Jenny Craig text message class action settlement.

Farron Cousins: So what kinds of people would be illegible for this settlement? Who was targeted with these text messages here?

Scott Hardy: So anyone who received a text message from Jenny Craig will be able to participate in this class action settlement, you want to check out the settlement documentation, go to the settlement administrator’s website through Top Class Actions and you’ll be able to see if you qualify. What’s really interesting, and it’s super duper important, as with any class action settlement is that you submit your claim. If you don’t submit your claim and then you wait a few months and found out, oh, actually I did qualify for that settlement, sorry you’re out, you’re probably not going to go and get any money. But this settlement is especially interesting because there’s no set dollar amount per claimant, which means that the $3 million settlement will be divided amongst all claimants equally. And so, after they go ahead and withdraw the attorney’s fees and the settlement administrator’s fees the pot will be divided by all claimants equally.

So it could be a significant payout. We typically see TCPA class action settlements, these unwanted text messages, unwanted phone calls, text messages, these settlements can pay out anywhere from 50, we’ve seen them pay out over $400 per claim. And so they’re not pennies that you’re going to get back, most likely, you want to make sure to submit your claim, if you qualify, to get something back that could be quite significant.

Farron Cousins: And that’s just for this one settlement here. There’s other lawsuits taking place at the moment for similar things. There’s one right now, against ADT, one of the claimants of this one actually had more than 400 robocalls to his cellphone just from ADT. So this seems like a pattern of behavior that’s starting to develop amongst corporations here in the United States, it’s let’s annoy the heck out of them, let’s keep calling, let’s keep texting, and then, oh, wait, we’re not allowed to do that, oh, we didn’t realize that at the time. This ADT story seems like one of the stories. This is absolute, I mean borderline harassment of this poor guy who got over 400 calls from this company.

Scott Hardy: Very much so. And we see that all the time with these robocalls, robo dialers that are going out there and just calling people, dozens, or in this case hundreds of times, but the attorneys handling these cases are very aggressive. Now, we want to make sure, you’ll see a lot of times when you get phone calls now that it might be a fake number that’s been generated, but attorneys are actively trying to dig in to find out who is behind the actual marketing for these phone calls. And because it’s all done through a computer it’s really easy to track, who is impacted, who should actually be able to make a claim. And we’ve got multiple spam text messages, unsolicited phone call class action settlements that are alive right now in Top Class Action that are open for claims, and we had a big one, the Carnival Cruise class action that’s going through appeals. It’s going to be delayed for a bit for payments, but many of these settlements, all you do is you go online, you submit your phone number, and it’ll tell you whether you were called or not, and so they try to make it as easy as possible to submit your claim to make sure that you can get paid if you are impacted.

Farron Cousins: And it’s interesting you point that out because one of the things that does happen a lot is they start using these spoofing scams too with this-

Farron Cousins: Is they’ll make it look like it’s a local number calling, you say oh well I don’t know who this is but they’re local, maybe it’s my kids school, maybe it’s the doctor’s office, maybe it’s the mechanic that I took my car to the other day, maybe it’s something I need to take. So they fool you into taking these phone calls. I cannot tell you how many times over the last year I’ve gotten phone calls from people that I don’t know and they’ll say, “Hey, I’ve just got a call from your number, why did you call me?” Well I didn’t, but my number just happens to be one that is spoofed very frequently for some reason. I’m lucky enough to be that guy. So I always get calls-

Farron Cousins: From people saying, “Did you just call me?” And so I’ve been the other side of the victim here, not necessarily receiving these unwanted robocalls, but my number happens to be one that gets spoofed a lot. So that is something that these corporations do, they get your number, they get it from another company, maybe you’ve ordered something from Amazon, or Walmart, or Target Online, you have to put in your phone number, they can then go and sell it, they’re not supposed to, but they do. Third parties love to scoop up these cell phones, even donating to the political campaigns, they go out and sell your phone numbers as well and that’s what can lead to some of these instances here with these robocalls and text messages, correct?

Scott Hardy: Correct, and something that’s important to note, especially right now as we have our election date coming up, is that most fundraisers or, if you get those robocalls, there is a loophole in the TCPA Act, which may not actually hold those people liable. So if you’re getting really annoyed by candidates in your area that are bombasting your phone, still report it, you can report them through Top Class Actions, but we need to see if we can close that loophole and go after those guys too, because I don’t need to be told 15 times to vote for one person.

Farron Cousins: Yeah, I’m with you on that because I’m getting text messages from candidates who I wouldn’t even dream of supporting asking if I can count on their support in the midterms. The answer, in case any of them are watching, no, no you can’t. But Scott Hardy, we’ve got lots of information on topclassactions.com, available for people who may qualify for any of these settlements or class actions happening. So thank you very much for telling us this story today.