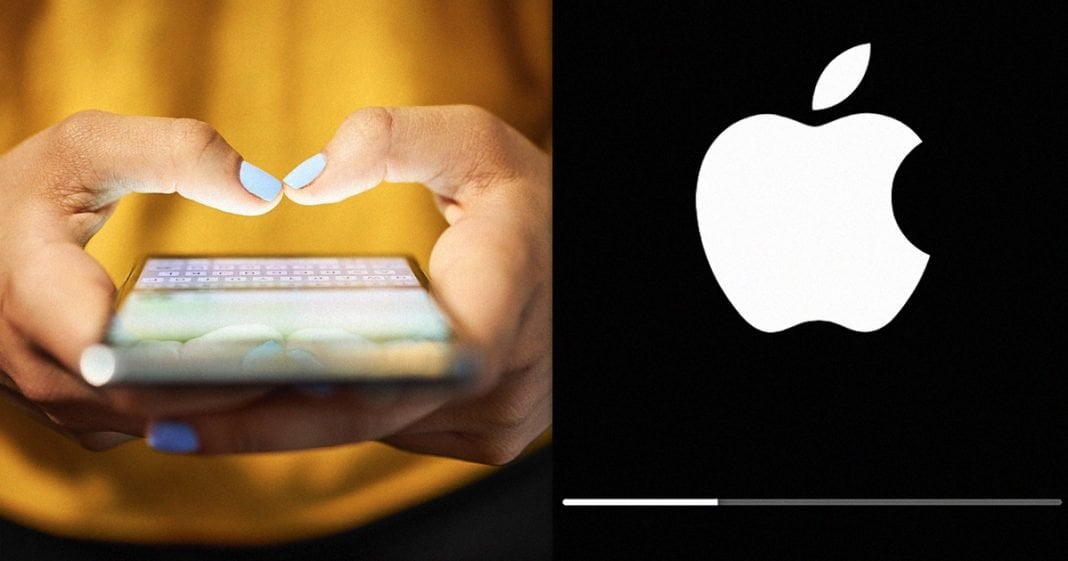 Via Boom Bust RT America: Are people clamoring for new iPhones or are they holding off? Mollye Barrows talks to Bart Chilton about it.

Bart Chilton: Today Apple unveiled its leaner and meaner technology at an event in the Big Apple, New York City. There’s a thinner iPad and lighter MacBook Air, both which Apple says are have improved security. You may recall the company unveiled its new iPhone last month. But not everybody is lining up to buy the new products tech giants have to offer, including smart phones. Mollye Barrows, contributor for America’s Lawyer, joins us now to explain. Hey Mollye, are some people getting sort of fed up with all the new cell phones out there or are they still just as popular as ever?

Mollye Barrows: You know they’re pretty popular, Bart, I don’t think the demand for smartphones is gonna go away necessarily, but it’s the demand for the newer ones. There was a time when every time a new smartphone came on the market, people were lining up, they were flying off the shelves. Well that’s not the case anymore.

According to a new report from The Wall Street Journal, people are holding onto their older cell phones a lot longer, which of course has caused a little consternation among carriers, but the main reason, and there are several, seems to be tied to expense. Some of these phones are pretty pricey, costing as much as $1,000.00, and also these contracts that they used to have, it used to be that the price of your phone was tied to your monthly service bill, now it’s separate. So once the phone’s paid off people like to see that lower monthly service bill and they’re not in any hurry to bump up their monthly costs again.

You’re also seeing a similar trend in the U.K., replacement phone sales have been down for the past five years. Then of course you had just last week, which you reported on Boom Bust, the Italian competition authority fined both Samsung and Apple more than five and a half million dollars or the equivalent thereof because they were basically pushing updates, software updates for their phones on their customers and once they did it, their phones were moving slower and as a result they were getting new phones, and it turns out through an investigation that that was the intention of these new updates, that they were designed to slow these phones down, to be like, hey go get a new phone, sorry you’re old one’s not working anymore. Those sorts of things aren’t gonna help annual sluggish sales, but its still continuing to be pretty popular. People aren’t giving them up, they’re just not buying the new ones as quickly, Bart.

Bart Chilton: Mollye, my brother-in-law has a 2003 phone, I don’t know if it’s a Nokia or something and he only keeps five or six addresses in it, or not addresses, phone numbers in it and when it gets slow-

Bart Chilton: He never accepts an update on the phone, never ever, so he wouldn’t get one of those makes it slower things, but when the phone does slow down, he just hits a factory reset. He loves this phone. The worst case is he’s got to put five, six numbers in all the time. I know there are some people who are getting fed up with this. I mean, given everything that you’ve said, Mollye, what does this mean for the future of smartphones?

Mollye Barrows: Well it’s actually pretty interesting. People are buying them, like we said, they’re just not as desperate to upgrade because a lot of the new features that are coming out, even though you have Apple which came out with their iPhone last week, and they’re saying hey it’s got all these special features, people are like, ah whatever, sorta like your relative who’s saying, you know I have my basic uses for my phone, I don’t need all these fancy upgrades, you’re not gonna entice me to get a higher bill and trade in my other phone for a new one that’s more expensive.

But it’s interesting, there’s a … just this year, the Mobile World Congress met and they’re talking about the future of smartphones and they’re basically saying demand is gonna continue to be huge and a big part of it is because they’re making these additional technology features, which are slowly evolving. Everything from, get this, we’ve heard a little bit about facial recognition. They’re gonna try to make that standard I believe, but they want flexible smartphones. Maybe even possibly foldable, so they don’t break as easily. New ways to supply power, so you’re not stuck constantly hunting for a place to charge it, and some more virtual features, a variety of those which includes virtual images. Instead of just taking a picture, you’ll be able to look at, almost like you’re in a store looking at what’s on a book shelf or a grocery store shelf.

So, with all that in mind, they expect there’s gonna be a consistent demand, and by 2021 the International Data Corporation says, worldwide smart phone shipments are gonna be increasing by 1.7 billion phones. So, everybody wants one.

Bart Chilton: All right, everybody wants one, Mollye, but I just keep saying, to me, all of the apps that they load on there and apps that you can’t-

Bart Chilton: Get rid of and all of the updates-

Bart Chilton: It was one thing back in the day where you did just want some phone numbers, etc. and maybe a couple of addresses, so now if there’s so much there that it’s just overwhelming and to me it just seems like maybe there’s gonna be a lot of folks, or maybe I’m just too old school, that say enough is enough and let’s just stick with something. Boy, Mollye, so helpful for you to go through this.

Bart Chilton: Thank you so much. Mollye Barrows, contributor of America’s Lawyer. Thanks Mollye.

Mollye Barrows: All right. Thanks, Bart.