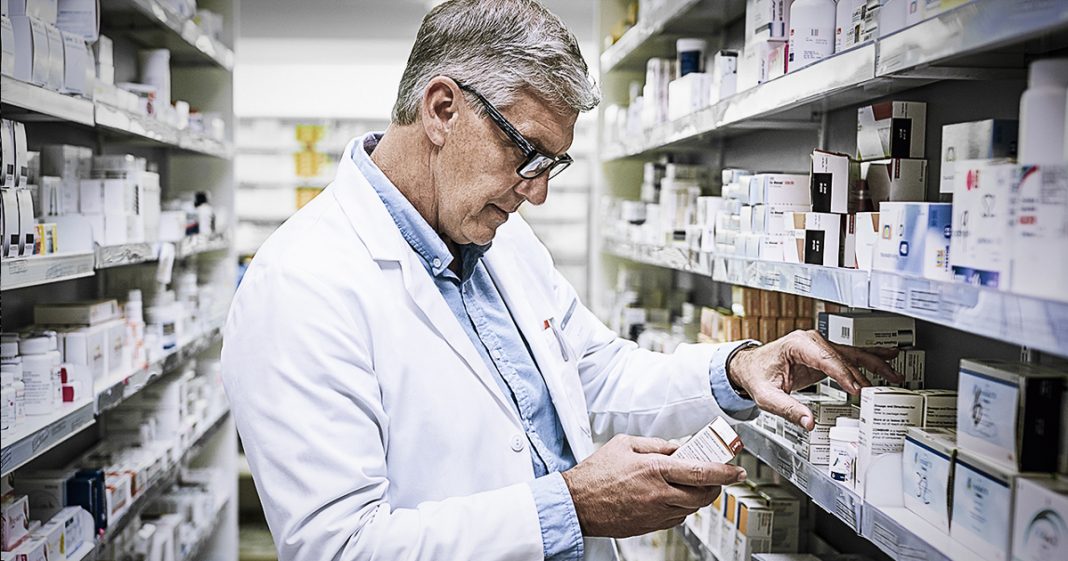 Drug companies are pouring tens of millions of dollars into the midterm elections this year, and hundreds of millions from healthcare companies are being spent on Super PACs. The reason is because these companies know that if Democrats take back Congress, they might be looking at a significantly lower profits in the near future as drug price legislation will be one of the few items capable of passing a deadlocked Congress. Ring of Fire’s Farron Cousins explains what could happen.

It’s not just Republicans and the President who are afraid that the Democrats might take back the House, possibly even the Senate in this year’s midterms. Is also the drug companies. Those big multi billion dollar corporations that love ripping us off every time we get a sinus infection. They’re absolutely terrified of what could happen if the Democrats take back the House and/or the Senate. Here’s why they’re afraid. Right now, there actually are inklings of drug price regulation bills in Congress. Now, none of them have made it to the floor. They haven’t made it out of committee. Some of them haven’t even made it to committee yet, but there are people on both sides of the aisle, believe it or not, that want to work on this issue.

Donald Trump personally has said that this is an issue he wants addressed. He wants something to be done about prescription drug prices. He wants the prices to come down. If he manages that, might be the only good thing this man does as president because it is something that would help everyone in this country. The reason the drug companies are scared is because they know that as long as they have the Republican majorities as they’ve had for the last two years, nothing is going to happen on it. All we’re going to hear are talking points. We’ll hear the politicians come out and say “We’re real sorry. We know you’re paying a lot for prescriptions. We’re working on it. Don’t worry. We’re working on it. Just be patient,” and then they don’t do anything with it.

That’s what’s been happening for two straight years. If the Democrats take over given the public’s anger about the issue of drug prices, something is going to happen and that’s going to be one of the few areas where Democrats will be able to reach across the aisle, work with Republicans on it, and even submit a bill to the president that he himself will have to sign. Why? Because if they don’t, not only will it expose them as liars and hypocrites for saying they wanted lower prices but then doing nothing about it, but, two, that’s pretty much a guarantee that you’re going to lose your next election. Because how is it going to look when you go back to your constituents and they ask remember that bill to lower the price of prescription drugs, why did you vote against that?

The EpiPen I buy for my child is $650 and because they expire every nine months, you have to buy two each year, so $1,300 just for one child to have their EpiPens. If you’re lucky enough like me, you have two kids that have to have EpiPens with them at all times, so I’m at $2,600 just me personally every year in EpiPens alone. I’m not alone on it. Millions of other people in this country face that either for their kids or for themselves. Asthma inhalers are absolutely astronomical even with insurance. Diabetes medication, the prices on that are actually going up even though they’ve been around for decades. Prices of all medications here in the United States are getting worse and every American is feeling the squeeze.

It doesn’t matter if you’re a Republican or a Democrat, you feel it and it affects you. This is an issue that Democrats absolutely would work on. Nancy Pelosi has already said if they take the House, this is first on the agenda. Republicans would go along with it because they can’t risk the political ramifications of not going along with it because they understand that at the end of the day keeping their job by keeping their constituents happy is going to be a lot easier than pissing off their constituents, but getting a couple more million dollars from Big Pharma to buy a few more ads. It’s not going to convince anybody in that district or that state that they deserve to keep their job when they voted to screw them over to put more money in their own pockets.