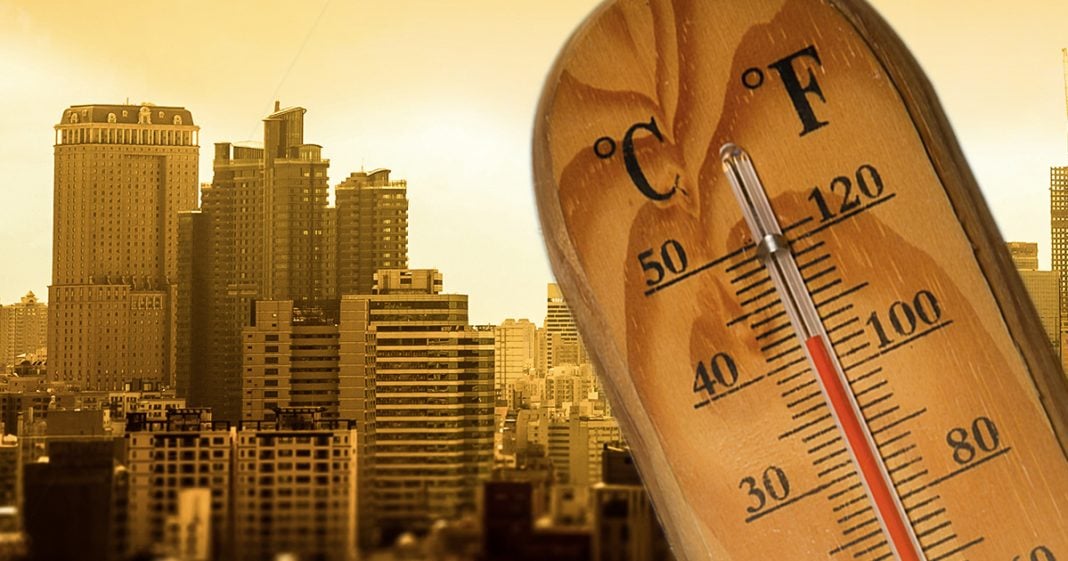 Corporate media outlets have done a great job of ignoring the growing threat of climate change, but now they find themselves in an uncomfortable position as politicians seeking office this year have been talking about climate change more than usual. These media outlets risk losing big advertisers if they actually address the issues, but the public has now forced politicians to address the problem and the media will be forced to get with the program. Ring of Fire’s Farron Cousins discusses this.

So media outlets, specifically as Romm points out, the New York Times, Politico and the LA Times are confused about how to cover this because they don’t like talking about climate change. The New York Times went as far as saying across the country there’s been a small explosion of political ads about global warming. Conventional political wisdom says you don’t talk about climate change on the campaign trail. That’s mostly because it’s a deeply polarizing issue. Again, Romm points out something we have pointed out repeatedly on this program. It’s not a polarizing issue. For several years, majorities of every single party in this country believe that we should do something to act on climate change.

When you have majorities of everyone, or literally just a majority, that’s not polarizing. What’s polarizing … and to be fair, the LA Times did actually go and they said pretty much the exact same thing as the New York Times, but what’s polarizing is your advertisers because that’s what this is all about. This isn’t about them saying, “Oh, these people shouldn’t be talking about that. You’re going to lose the election.” No, no, no. It’s that once the politicians start talking about it, you’re going to be forced to cover it in your paper and on your websites. What that’s going to do is it’s going to piss off the fossil fuel companies that you have advertising with you.

It could end up costing you millions of dollars because you finally have to address the biggest elephant in this room today, and that is the growing threat of a destabilized climate as a result of global warming. Media outlets don’t want to talk about it. They make up excuses and they say, “Oh, it’s a rating’s killer. Nobody wants to watch that. It’s boring. The science is too complicated to get across in a three or four minute segment.” “Oh, it’s too polarizing. We don’t want to cover it.” It’s all lies. All of that. Every bit of it is a lie. The reason these corporate media outlets will not talk about this issue is because they’re afraid that it’s going to cost them advertisers. It’s not just the papers. Look at MSNBC, CNN. Obviously the folks at Fox news think it’s a lie anyways, so they’re not going to cover it, but ABC, CBS, they don’t talk about it because every time they throw to a commercial, what do we see?

We see Exxon sitting there talking about how many jobs they’ve created, and how great they are as a company. We see Chevron telling us that they’re helping America run. Those things you order online? You can’t get those without gasoline. Chevron’s right there to take care of you. Same thing with BP and all of the rest of them. We’re dependent upon them, and they know it, and they want to rub it in our faces at every possible opportunity. They also, with their advertising dollars, are helping to control the media and control the conversation. Climate change coverage in the corporate media is absolutely abysmal. That’s why they’re freaking out right now.

The more that polls show that everybody wants action on this, the more the politicians talk about it and the more action that actually takes place in DC, the more likely it is that these outlets are going to have no choice but to finally address this issue and lose their advertisers. To those media outlets brave enough to cover it, even risking those advertisers, I say bravo. Good job. Somethings on this planet, including the planet itself, are a little bit more important than advertising dollars.