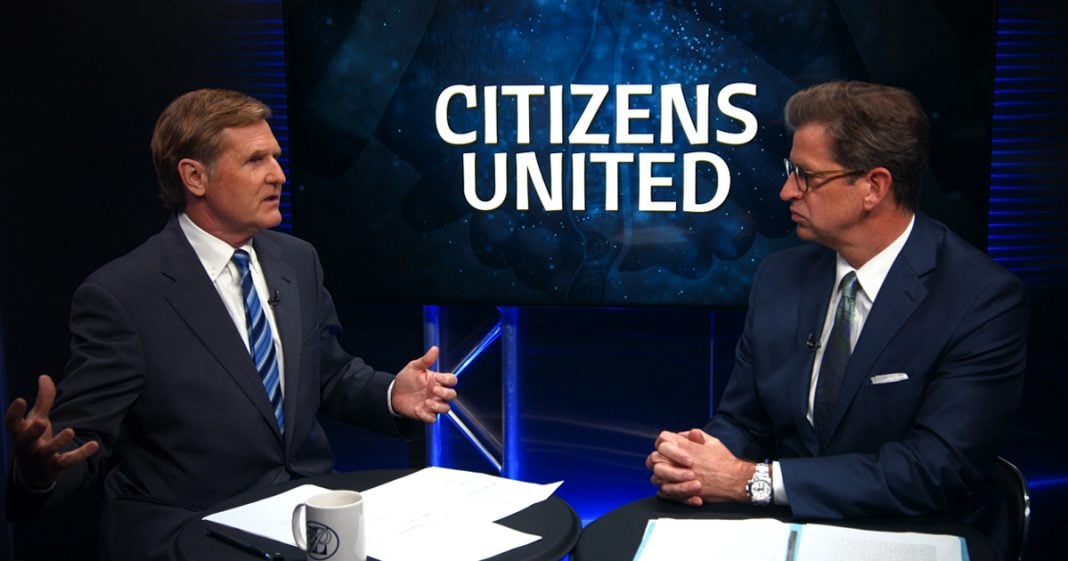 Citizens United, the group that brought the case that allowed corporate money to destroy our democracy, was recently handed a defeat in the state of New York where they tried to prevent charities from having to disclose their super donors. Ring of Fire’s Mike Papantonio and Peter Mougey discuss this issue.

Mike Papantonio: Citizens United, the group that brought the case that allowed corporate money to destroy our democracy, was recently handed a defeat in the state of New York where they tried to prevent charities from having to disclose their super donors. Peter, incredible case, because here, think of what the donors were saying. Here you have these mega billionaires that were saying, “We have a First Amendment right to keep it quiet where we’re spending our money.”

And I love that the court rejected it and said, “That’s nonsense.” This is only Second Circuit. It hasn’t gone to the Supremes. It’ll be tested in the Supreme. Give me your take on this. I love this decision. They said, “Look, there’s no impermissible chilling of speech by you having to disclose who you are when you give a gazillion dollars.” What’s your take?

Peter Mougey: Well, Citizens United wanted to keep their donors secret. They didn’t want people to know. They didn’t want their regulators to know. They wanted to keep them secret and didn’t want anybody to find out or determine who was the one that was funding Citizens United. I think it’s imperative that when you have these stories hitting the national press, you have these themes and these campaigns, you have the elections that are being influenced by some of the organizations, you want to know who’s funding it. You want to know, “Is this an objective message?” You want to know who’s pushing the message, what corporations are behind it, what individuals are behind it, and that’s all we’re asking for.

Mike Papantonio: Yeah, well, most of the time what you have is you have the haves versus the have-nots on any kind of issue. Well, best example I could give you is California. They’ll have a referendum. The last referendum was, “We want to know if there’s a GMO product that we’re buying. We have a right to know that.” Okay, well you got the people that say, “We have the right to know,” who, they can raise a thousand here and a thousand there. And then you’ve got Monsanto and these other companies that have such big money that it’s not even a fair fight.

Peter Mougey: The playing field’s not level. Well, I mean, you got on one hand, you got these mega corporations, these mega billionaires like the-

Peter Mougey: … the Koch Brothers. Exactly. And you want to know where these messages coming from. It just seems like common sense, and it levels the playing field so all of the parties have access to equal [crosstalk]

Mike Papantonio: I thought it was interesting. The mega donors said, “You know what you’re going to do is create a climate of fear among us that we’re going to be fearful when it comes to fund … fearful of what?”

Peter Mougey: It impermissibly chills speech or assembly is what they were claiming. Ridiculous.

Mike Papantonio: Well, hopefully … of course, this is Second Circuit decision. The chances of the Supreme Court doing much to change anything about Citizens United, I mean, you got Roberts. It’s a Roberts court. He’s the one that actually made Citizens United happen.