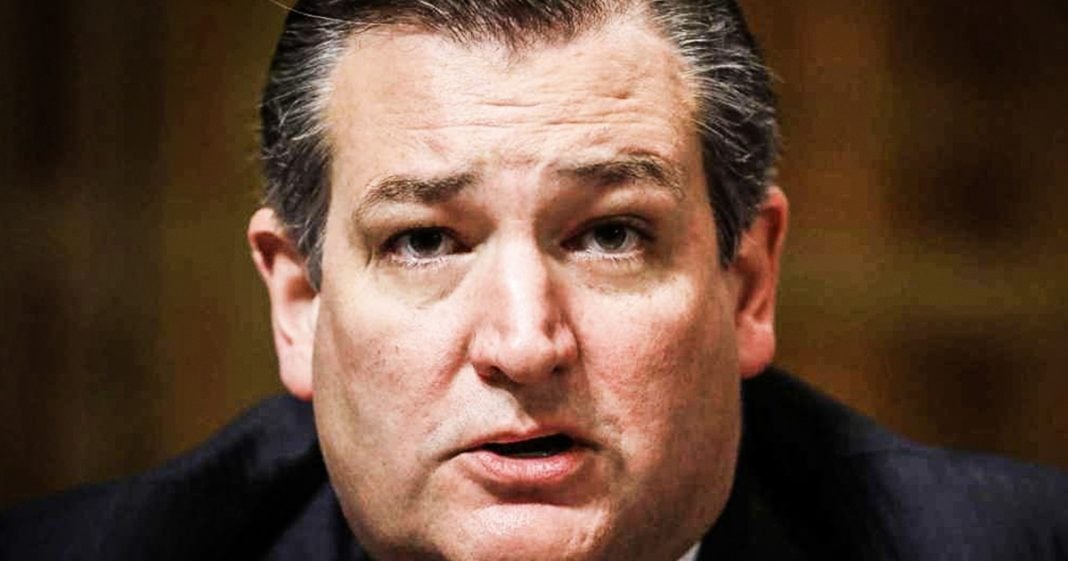 Reports of voter intimidation in Texas are increasing, with more and more voters saying that they are being bombarded by angry right wingers attempting to influence or even prevent their votes. This is all being done in an effort to help Ted Cruz, as the reports show that these people doing the intimidating all seem to be right wing faithfuls. Ring of Fire’s Farron Cousins discusses this.

Early voting has begun in most states here in the U.S., and in Texas, in particular, early voting has been huge. Tens of thousands of people have shown up all over the state to cast an early vote. We’ve all seen the pictures and the videos of these long, long lines, people waiting for an hour or more just to go in and cast their ballot early. What we’re also getting now in addition to those photos of the people standing there waiting to exercise and do their civil duty are reports of voter intimidation at the hands of right wingers in the state of Texas. See, the latest polls actually show that Ted Cruz and Beto O’Rourke are in a statistical dead heat. That race is a toss up, and it’s going to come down to voter turn out, who gets more people to come to the polls. Republicans understand that.

So now these average, angry Republican voters are actually showing up at polling places illegally, by the way, and trying to intimidate voters to get them to leave without casting a vote. At one polling place, they actually reported there was a Republican voter walking around looking over people’s shoulder as they were trying to fill out their ballot and then interrogating them about their politics. That is highly illegal. The person had to be removed by police officers after poll workers asked the person to leave and they refused. They refused. They wanted to stay there and intimidate these voters to get them to turn around.

In other incidences, they’ve reported people driving by polling places with these long lines with bullhorns shouting at them, calling them baby killers, swamp monsters, alligators in the swamp. All of these Republican talking points. The goal here is to make these newly minted voters, perhaps new citizens to the United States voting for the first time. It’s to intimidate them and make them leave. They don’t want to deal with any harassment. They don’t want to deal with anybody looking over their shoulder or screaming at them. So it’s better to just walk away from the poll and not vote, or at least that’s what these Republicans are hoping is going to happen, and they’re doing it because they want to make sure that Ted Cruz wins this election.

So I leave you with this message, voter intimidation is illegal. If it happens within 100 feet of a polling place in the state of Texas or in any other state that has that 100 foot rule, you are allowed to go tell the poll workers, and they will have those people removed. If it happens beyond 100 feet of a polling place, call the police, and the police will come take care of it. You have legal options. You are under protection trying to vote. If all else fails, dial 9-1-1, get someone to come out there and remove these people who are trying to prevent you from exercising your Democratic rights and doing your civic duty. If you are allowed to vote, you’re allowed to vote without being harassed. Don’t let these Republicans in the state of Texas throw the election to Ted Cruz just because they wanted to scream at you while you were waiting in line. Do something about it. Call the police and get them out of there.