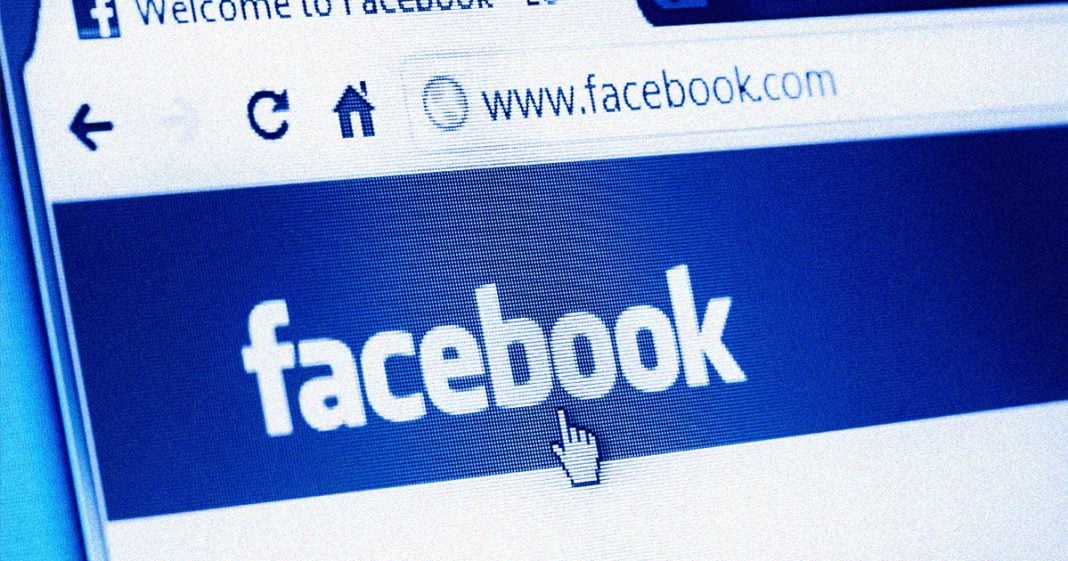 Cyber security in the United States has become a complete joke, and the corporations running some of the biggest online communities have left our data vulnerable to hackers and online trespassers. Facebook has been one of the worst offenders, and it was recently announced that the company accidentally allowed the leak of 50 million users’ personal information. Ring of Fire’s Farron Cousins talks with Scott Hardy from Top Class Actions about the lawsuit that has arisen after this massive data breach.

Farron Cousins: Cybersecurity here in the United States has kind of become a bit of a joke. Not only do we have the government that’s done very little to protect this country in terms of cybersecurity, but the very corporations who run some of the largest online communities and social network sites have done even less to protect our personal data.

Facebook is a prime example of that, as it was recently revealed that 50 million Facebook users had their personal data leaked without their knowledge. Joining me now to talk about this issue is Scott Hardy from Top Class Actions. Scott, I appreciate you joining us today to talk about this. This is such a massive data breach. In fact, one of the largest that we’ve had here in the United States, 50 million people. Give us the back story on this.

Scott Hardy: Yeah, it’s a huge data breach. It was interesting. The data breach happened, and then right away you had a lot of people sending out Facebook messages to everyone saying, “Your Facebook data may have been compromised. Forward this message, change your privacy settings, lock everything down.”

But unfortunately you can change anything you want, but if your data was compromised, it’s already out there in the ether, on the Dark Web, and hackers have it. You’re already out of luck. You still want to do a very basic security check of your Facebook settings, but it’s terrible that these hackers got all of this data, 50 million plus accounts, lots of information about you, and Facebook did a, “Hmm, sorry.”

Farron Cousins: The story that you have up on TopClassActions.com actually talks about the fact that this data breach began in July, 2017, and Facebook says that they fixed it September 27th, 2018. Over a year of your data being exposed, if you were one of the 50 million victims here. I mean, that seems like a really long lapse in security there for that website.

Scott Hardy: It really is. All of us depend on Facebook. I know we use it every day, and Facebook should be locked down. In general, the security on Facebook is good, but the class action that has already been filed, and you’re going to see multiple class actions filed about the Facebook data breach, is simply stating that once again, a large corporation has to have lots and lots of security about the privacy, and the security of their users.

It’ll be interesting to see how this class action proceeds, but thankfully Facebook has already put out a very simple tool that we’ll be able to link, we’ve got it linked on Top Class Actions, I’m sure on the Ring of Fire you’ll have that link, where you’ll be able to check to see if you were impacted by this data breach. But it’s important to note that right now, even if you go and you check and Facebook says that your account was not included in this data breach, that might change because as you said, this was more than a year in the making.

There was a lot of data out there, and Facebook is still figuring out exactly who was involved, and who may have been affected.

Farron Cousins: Right. At this point, I mean, we could be looking at more than 50 million people who had their data accessed. One of the simplest things that people can do is simply go on there every couple of months, change your password. Keep that changing, don’t stick with the same login credentials, and that really goes for any website out there. Certainly don’t use the same password for every single site that you go on. I know in the past I had been guilty of that. Trying to diversify a little bit with my password repertoire at this point, but that is one of the major issues as well.

Because it can go beyond Facebook. It can be your online bank account, it can be your Twitter account, something that may seem innocuous, but if they try that password, if they’re in your computer, in your system, and they see your history, and they know which bank you go to, they can try it there. This leads down a very slippery slope, and Facebook leaking this data, it’s not just, “Oh, well they had access to my pictures, they had access to my address.” No, from there, they can find out so much more about you and get into so many other things that other people don’t even realize at this point.

Scott Hardy: Yeah, they sure can. As you mentioned, making sure that you’re changing your password regularly helps. Absolutely enable two-step authentication for Facebook. If you use Google, if you use Yahoo, whoever your email provider is, enable two-factor identification, so that way you’ll get a text message if someone’s trying to log into your account. Same thing for Apple IDs. You want to lock down all of your accounts as much as possible to make sure that you’re secure, even if there is a data breach and someone did get your password, they still can’t get into your account if you have that two-factor authentication set up.

Farron Cousins: That may seem like a hassle to some people, they may not think, “Oh well, God, I don’t want to have to go through all these extra steps just to get in my Facebook account.” Take it from me, somebody who’s had their debit card number stolen, and used all over the country, before they finally got caught, going through that nightmare of trying to get your money back and filing these claims, that is a lot more of a headache than having to do a two-step authentication to log into Facebook. Trust me on that. Scott Hardy, Top Class Actions, thank you for telling us this story today.

Scott Hardy: Thank you, Farron. I appreciate your time.