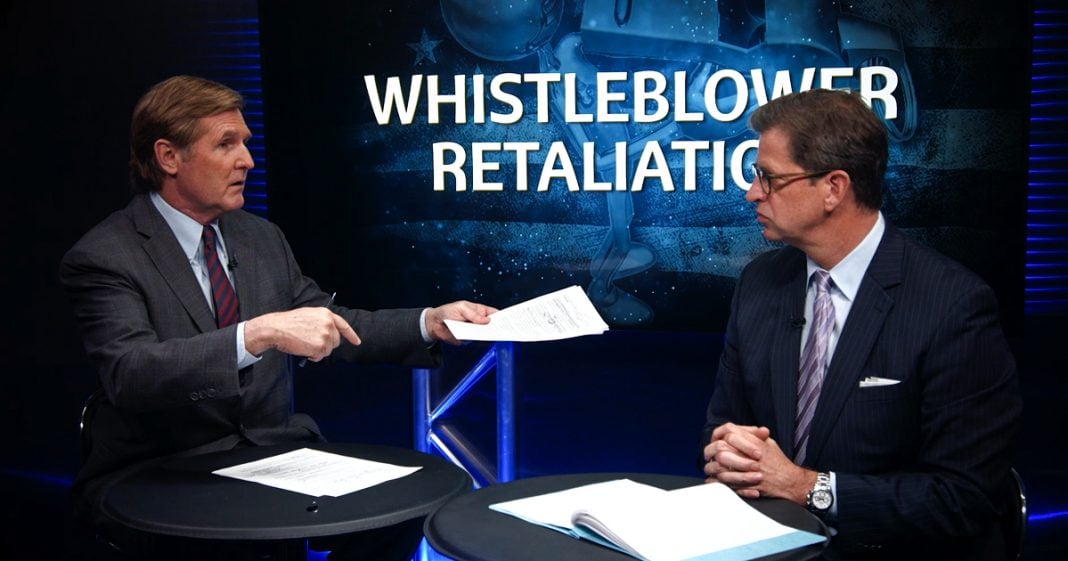 Nothing happens to government or corrupt corporations unless somebody comes and tells the story, because you can’t find out. It has to be somebody inside. Ring of Fire’s Mike Papantonio and Peter Mougey discuss this issue.

Nothing happens to government sometimes or corrupt corporations unless somebody comes and tells the story, because you can’t find out. It has to be somebody inside. What’s your take on this US intelligence where they’re actually trying to shut down whistleblowers by way of retaliation?

Peter Mougey: Well, whistleblowers are crazy important in our society, because whistleblowers are usually internal folks in the know that can go to their superiors or an outside agency and point out wrongdoing. The Whistleblower Acts were created under Lincoln when people were selling the integral parts for the war and filling them with sand.

Mike Papantonio: And in each case, wouldn’t you agree … The ones that I’ve handled, I’ve seen, actually I’ve worked on with you. The ones I’ve seen, it’s like the person coming forward that’s saying, “You need to know something.” The defense industry, this weapons manufacturer is stealing billions of dollars from taxpayers. Oh, by the way, I have the documents. Here’s the information right here. Now you take it to the government, and what happens to that whistleblower?

Peter Mougey: He becomes a victim. It’s scary. The example in the story that just came out from The Daily Beast was that in the spy industry, the cloak and dagger industry, when you have the whistleblowers coming forth that I think it was one out of 190 cases had ruled in favor of the whistleblower, and that they were getting fired left and right. They weren’t protected, and that’s one of the key pieces in these whistleblower cases is that the whistleblower is petrified.

Can you imagine? In these cloak and dagger industries, that how scared the whistleblower is to come forward, say what they know and then wants to be protected. They need to be protected. It promotes an efficiency within our government, but if we’re not taking care of them, it’s another cover-up. They’re not finding any wrongdoing in case after case after case, and they’re taking years and years and years to come to a conclusion.

Mike Papantonio: They’re victimized. Peter, we’ll pick up with more stories next week. We try to focus on stories that corporate media simply … I don’t know whether they don’t have the ability anymore, or whether the folks doing the stories just don’t have enough insight to understand what’s really happening. Peter Mougey, thanks for joining me. We’ll be back next week.