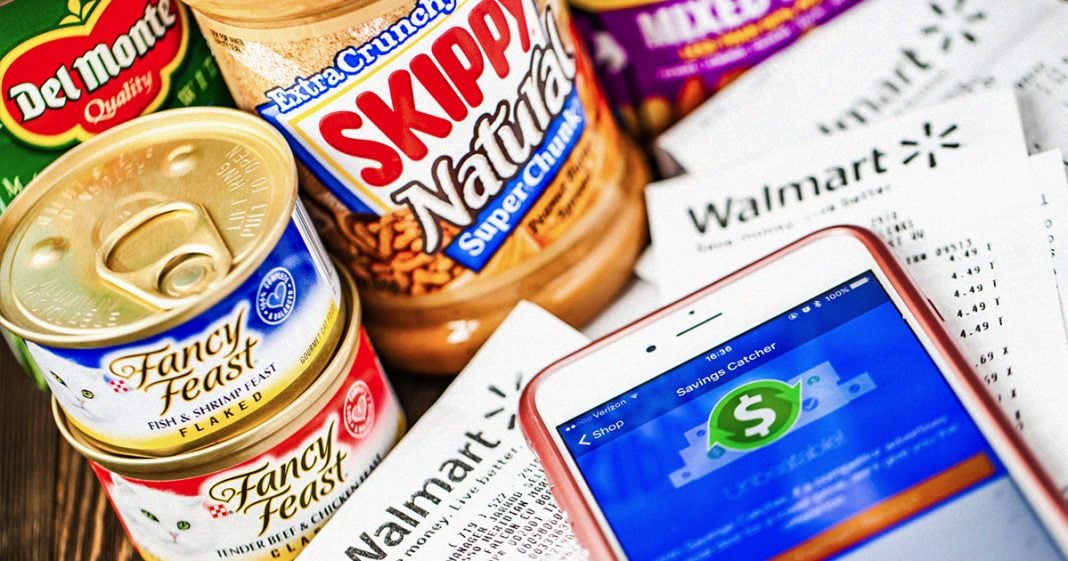 Facebook has become a behemoth in the technology world, and it is an empire built primarily off of our personal data. And it seems that the company will stop at nothing to get their hands on your data, even if they have to get other massive corporations to get it from you. That’s what a new class action lawsuit is claiming, as Walmart has found itself facing litigation for giving your personal information over to Facebook. Ring of Fire’s Farron Cousins discusses this with Scott Hardy from Top Class Actions.

Farron Cousins: It’s no secret that social media companies basically want to do anything they can to get their hands on your personal data. And now we’re starting to find out that some of the biggest corporations in the United States have been sharing your personal data with Facebook, even when it’s really none of their business. One of the biggest violators who is now facing a class action lawsuit about this happens to be Walmart.

Joining me now to talk about this class action lawsuit and explain what’s happening, is Scott Hardy from TopClassActions.com. Scott, thank you again for being here today. And this particular story, this Walmart sharing data with Facebook without consumers knowing it, how exactly does this work? How is Walmart working with Facebook? It’s a tangled web, so help us unravel that a little bit.

Scott Hardy: It actually is a tangled web, and many of you, and I have experienced this as well, where you’re on a website and then you hit Facebook and miraculously, that website is now being advertised to you. Facebook does this through a combination of cookies and tracking cookies, which are little things that are embedded on the website and which track your progress across the internet, along with the Facebook pixel. And the Facebook pixel is something that websites, they put on there to allow them to remarket. And so, what online websites like Facebook and online retailers have found is that remarketing is key. So, if I go to a sunglasses website and I’m looking at their sunglasses, but I don’t buy anything, even if I do buy it, it’s still gonna show up. Then I pop over to Facebook, I’m going to immediately see those ads, because the retailer wants to stay in your face, stay right in front of you, and try to get you to buy their product.

But, if the retailer isn’t telling you they’re sharing data with Facebook and Facebook isn’t telling you how they’re getting your data, that could be illegal, and especially in states like California, which have very tight privacy laws, these retailers and these big website operators have to be careful.

Farron Cousins: California recently upped their privacy laws, as well, to help prevent things like this. They’ve got the Video Privacy Protection Act, the VPPA, and that’s a big one. If you’re using the Walmart app on your phone, you haven’t necessarily given it permission to speak to Facebook. You know, the Facebook app that you also have on your phone, but that’s basically what’s happening here, too. These apps are communicating with each other in a way that consumers are not consenting to, and yet it’s happening. Facebook’s getting their data, and it’s not just that Facebook has the data, so, oh, they’re gonna sell you ads, Facebook has that data and then that becomes marketable for Facebook, to go out there and make more profit off of the fact that you needed to go to your Walmart app and buy more dog food. Or buy Legos for your child, something like that. And they’re making more money off of that and not telling you that they even took your data in the first place.

Scott Hardy: Exactly. And as we’re using more apps and as we’re goosing our phones, and our tablets more than we’re using a computer, all of these large retailers are tracking your information and tracking what you’re looking at on their website. And then sharing that with websites like possibly even Google, Facebook, to try to make sure that you’re buying their products. And, we’re seeing these privacy class actions get filed and essentially this one will probably settle in the next six months, a year or so. Retailers are adapting, but they’re willing to pay the price. So, if they potentially or allegedly violated that privacy, it’s more of a shrug and a “Mm, sorry, what do we owe you?”

Because, even though they’re gonna go ahead and pay out millions of dollars, this act and what they’re doing and violating people’s privacy, is making them much, much more. This is kind of a cost to do business to them, so they’ll apologize, they’ll fix what they’re doing, and pay the price, and then maybe go ahead and change how they’re actually collecting the data. But more likely they’ll just add more disclaimers to their website that you automatically agree to anyways by using it. That way they’re not held liable in the future.

Farron Cousins: Right. So, they’ve just wrapped up the penalties, fines, whatever it may be, class action settlements. That’s just now the cost of doing business, ’cause maybe we pay out $10 million in this class action suit, and we get popped another 10 from the state for violating the laws, but we made $50 million on it, so paying out 40-

Farron Cousins: … making 50, that’s a profit of 10 million, and that is worth it for the corporation every single time, no matter how much they’ve screwed you over by selling your data to these other firms. There is more information available about this class action in the link in the description of this video. You can find it on TopClassActions.com.

Scott Hardy, thank you for telling us this story. This is hugely important, especially in this digital age, as more and more of our personal information continues to be taken by corporations. So, thank you very much for talking with us.

Scott Hardy: Thank you, Farron. Have a great day.