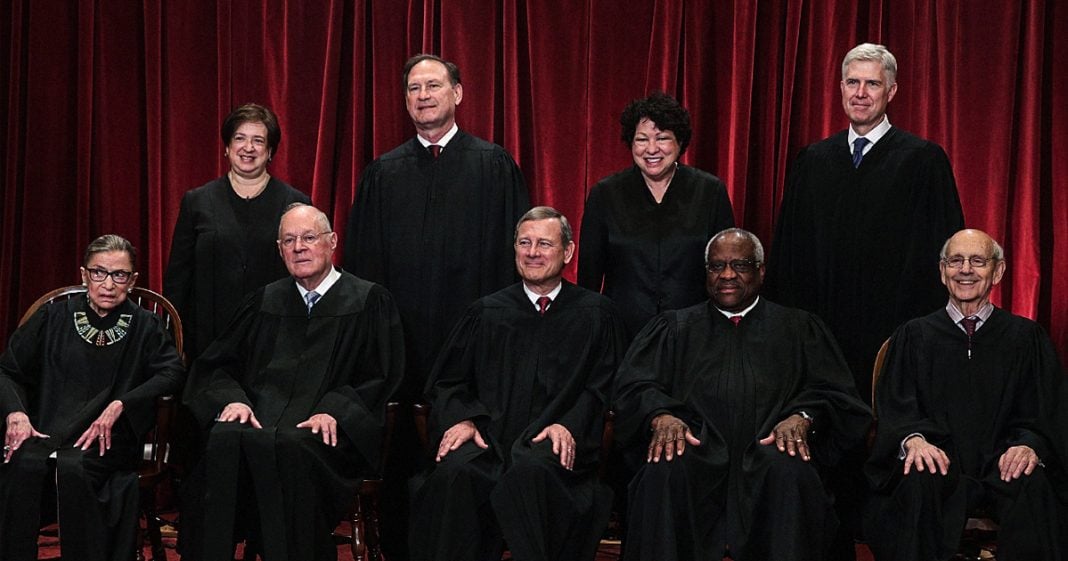 Via America’s Lawyer: The US Department of Justice petitioned the US Supreme Court to intervene with climate lawsuit. Farron Cousins explains.

Finally tonight, some good news, which unfortunately is immediately also followed by some bad news. Early last week, a US district judge ruled that the 21 children and young adults suing the federal government for an action on climate change had presented enough evidence and proved that they had the necessary standing to sue the government, and therefore, the case could head to trial, possibly by the end of this month. Now, this is a lawsuit that’s been working its way through the legal system for more than three years now. It was finally going to land in the hands of a jury to determine the fate of climate action here in the United States.

Here’s the bad news, late last week, the US Department of Justice petitioned the US Supreme Court to intervene. The SCOTUS did exactly that by issuing a stay on the lower court’s ruling, meaning that the trial is now delayed indefinitely. Chief Justice John Roberts issued the stay, even though the Supreme Court itself, in July, unanimously ruled that the case could proceed. The same thing that every other court who has looked at this case has said.

Now, this lawsuit was filed against both the Obama administration and the Trump administration for their failures to protect citizens from the effects of climate change and pollution. It was perhaps our best hope to force the government to take action on the issue. Now, thanks to our corporate friendly Supreme Court, this case might be put on ice indefinitely.