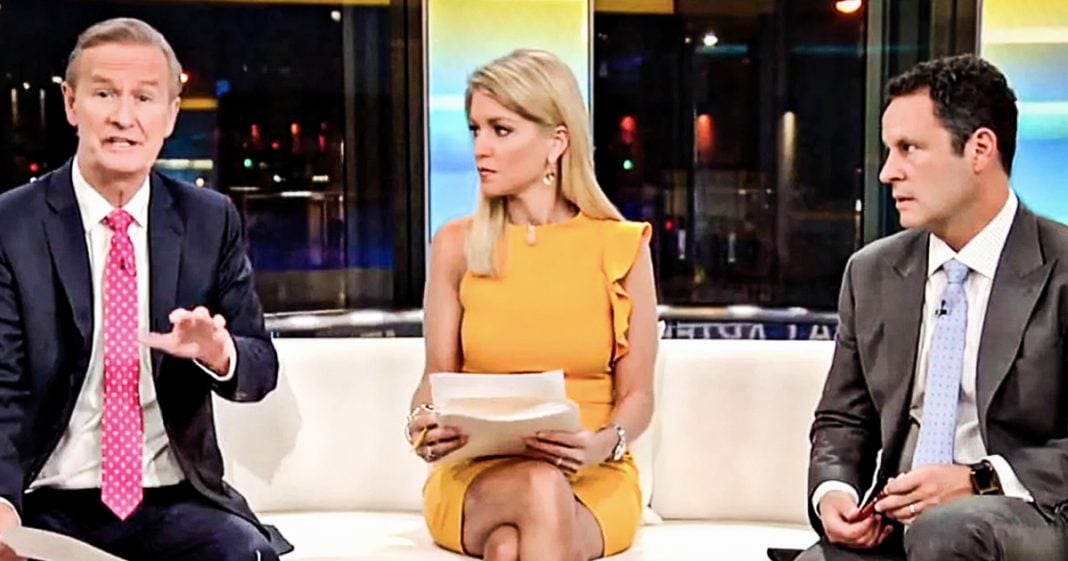 According to a leaked copy of Donald Trump’s schedule obtained by Politico, Donald Trump spends most of his days watching Fox News and sometimes other cable news programs, and that he actually watches cable news THREE TIMES MORE than the amount of time spent on doing actual presidential duties. If Trump wants to sit around and watch TV all day, he’s more than welcome to resign from the Presidency and sit inside his golden palace in New York watching TV to his heart’s content. Otherwise, he needs to turn off the TV and do some actual work, as Ring of Fire’s Farron Cousins explains.

Donald Trump is officially the Fox News President. And it’s not just that he spreads the conspiracy theory and horrible right wing false talking points that he hears on the network. It’s not just that he speaks to Fox News hosts on the phone and get their ideas about what he should do in terms of policy, it’s the fact that the man spends three times more of his time each day watching Fox News than doing any actual work.

And that’s actually according to a leaked presidential schedule that the folks at Politico got their hands on. Specifically looking at last Tuesday, Donald Trump spent close to nine hours, during his executive time, ’cause he just had an exorbitant amount of executive time that day, nine hours watching cable news, which is mostly Fox News, and tweeting, and talking on the phone to his buddies, nine hours. He spent three hours that day in meetings and doing other presidential things. So nine hours watching TV and tweeting, versus three hours of doing actual work.

Now, let me ask everybody watching this, if you’re at your job and let’s say you’re working a 12-hour shift, you spend the first 9 hours watching TV and playing on your phone, last 3 hours actually doing some work, are you still gonna have a job tomorrow? Because I’m pretty sure the answer is no. That’s not how it works.

And what’s even more dangerous is who the President is talking to and what the president is watching. If he just wanted to sit there and take a nap for nine hours instead of working, that would be far less damaging to this country. But instead he’s spending it on Twitter, spreading conspiracy theories, spreading hate and division, while also watching network news on Fox News that does the exact same thing. He watches them, he gets ideas, he creates even crazier conspiracy theories in his head, and he tweets them out to the public who eat them up, and then they decide to go and act and do a horrible unspeakable thing based on what the President tweeted, which is based on what he watched on Fox News. This is absolutely dangerous.

And yes, Donald Trump is dangerous when he’s actually doing his presidential duties. But there has to be a line somewhere. This man cannot just consist or exist on a steady diet of conspiracy and hate coming from Fox News, because that then bleeds over into his rallies, into his policies, into his executive orders, and into his tweets. And his hungry base, his hungry, angry, hate-filled base eats those up. They live for it, they love it. And they internalize that hate and that anger, they believe the conspiracy theories as if it came from the Gospel itself, and that’s when they decide to go do something crazy. We saw it too many times happen just in the last seven days.

And as long as the President spends more time watching Fox News and tweeting than he does actually working, getting off his phone, getting off his butt and doing something, the worse things are going to get here in the United States. And the only possible solution is to get out there, vote in these mid-terms, switch the balance of power in Congress, so that maybe we can hold this man accountable to the point where we might actually be able to remove him from office.