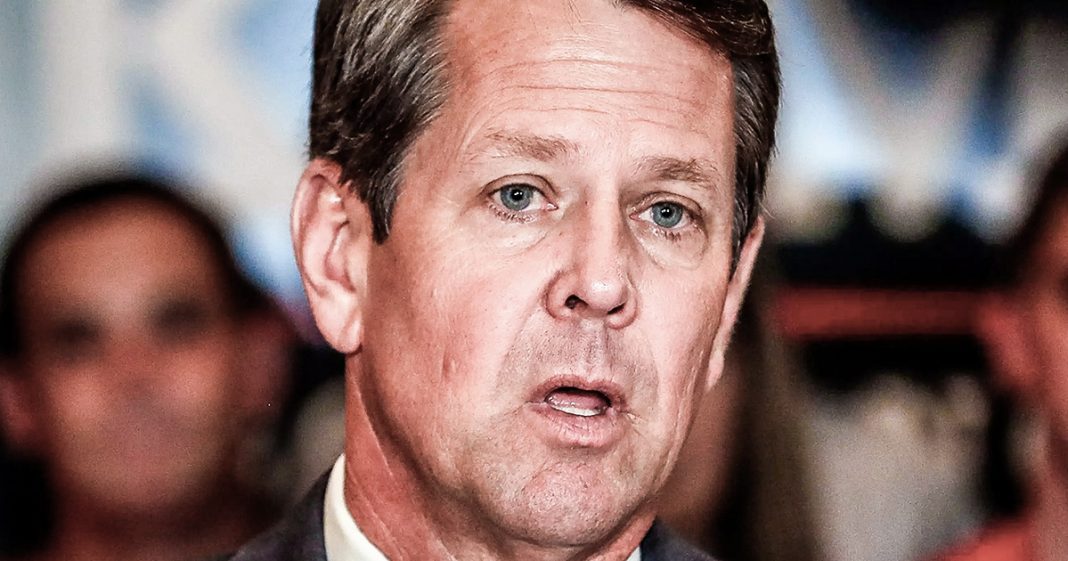 Last week, a judge said that absentee ballots in the state of Georgia cannot be thrown out and must be counted, even if there is a slight signature mismatch. So instead of throwing these ballots away or counting them, the state now claims that thousands of absentee ballots from majority African American counties have simply “gone missing.” Ring of Fire’s Farron Cousins discusses what’s happening in Georgia.

The voter suppression taking place in the state of Georgia doesn’t look like it’s coming to an end any time soon, even though last week a judge ruled that the state had to stop throwing out ballots, specifically absentee and vote by mail ballots, if the signatures were not a direct match. They could not throw those ballots out. They had to count them. State election officials actually being run by Brian Kemp, the Republican running for governor who benefits from all this voter suppression, they decided to go a different route then. If we can’t throw them out … if we have to count them, then we’re just going to conveniently lose them.

Now, we’re getting conflicting stories from the state and from Brian Kemp, the guy that’s going to benefit from it. Oh, and to make things worse, the majority of these ballots that have now gone missing … they belong to African Americans. Not only is this just your run of the mill voter purge, it’s also a highly racist voter purge, because Brian Kemp happens to be running against an African American woman who’s running for Democrat governor, Stacey Abrams. He knows that these African Americans are gonna turn out and vote for her. He’s got to kick them off the voting roles.

What they had been doing, was that if the signature on their voter registration form did not directly and exactly match the signature on their ballot, they would throw it out. Last week, judge said, “No, you can’t do that. You don’t even have actual handwriting experts looking at the signatures to determine if they were written by the same person. It’s just people in your office holding the two up and saying, ‘No, he dotted the i differently on this one, so, I can throw it away.'”

That’s what was happening in the state of Georgia, just random idiots working in Brian Kemp’s office, being in charge of deciding who gets to vote and who doesn’t. Shocking surprise, most of the people who don’t get to vote are African Americans now. Now that they’ve been ordered to preserve those ballots and actually count them, they’ve just gone missing.

We don’t know where they are. We don’t know if they’re gonna turn up before the final votes come in next Tuesday. We don’t know. All we do know, is that this voter suppression that’s been carried out by Brian Kemp over the last two years, was a calculated effort on behalf of Kemp himself to make sure that he did everything possible to cheat his way into the governorship of the state of Georgia.